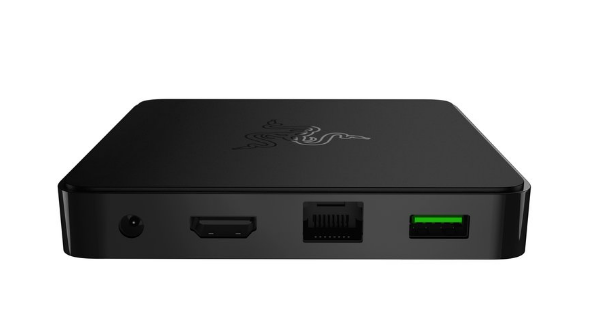 The current PC war is absolutely for the living room, and Razer are ready to fight. With the likes of Nvidia pushing their Shield range and Valve making in-home streaming available to everyone, it’s becoming easier and more popular to stream your games from your PC to your living room TV. Razer want a piece of the action, and have revealed their tactics with Forge TV; a tiny little streaming computer for under your telly box.

Revealed at this year’s CES tech show, the $100 box links to your TV via HDMI and receives information beamed over from your gaming PC at 1080p and 60 fps. It’s powered by Andorid, and uses Razer’s new Cortex: Stream software. Simply install it on your PC and start broadcasting to the Forge TV box. Any game running DX9 or above should work fine, and the ultra-low latency HD video hopefully means that it’s a smooth experience. Razer say their Cortex software “sets the streaming benchmark for frames per second”. The only confirmed rate is 60 frames per second, but potentially the Forge TV could support even higher.

The Forge TV is powered by a Snapdragon CPU clocked at 2.5GHz, coupled with aAdreno 420 GPU. There’s also 16GB of storage in there too. It’s similar to HP’s Stream Mini, which was also revealed at CES this week.

Since Razer are providing both the hardware and software for the streaming, you won’t need to use Steam’s streaming or Nvidia’s GameStream systems. Great for if your game is a non-Steam title, or you’re powered by AMD tech.

The software can also stream to any Android 5.0 TV device, so if you’d rather stream to a tablet for a more portable session that’s a possibility. 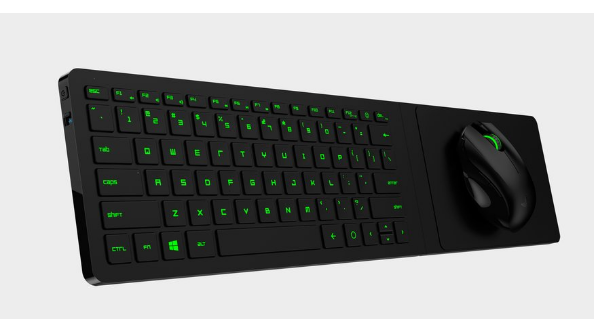 Razer also realise that it’s not just getting the video to the TV that’s an issue for gaming in the living room, but also controlling everything. They’ve come up with two solutions; a bluetooth Xbox-like controller called the Serval, and a mouse-and-keyboard setup dubbed The Turret. This is a small-sized wireless keyboard with an extended surface to the right for use as a mouse mat. The mouse has magnets in its base, allowing it to ‘stick’ to the Turret, which hopefully means it’s not difficult to balance on your lap. It’s a crazy design, but it may just work.

The Forge TV will be available in the first quarter of 2015, with the Turret available later on in quarter 2. The Turret will cost $130, whilst the Serval controller will be $80 or $150 in a bundle with the Forge TV.