The Razer BlackWidow is one of three new peripherals dubbed by Razer as the essentials: a collection of core products sharing much of the same functionality as its flagship products, except with value on the brain. Joined by the Razer Basilisk Essential gaming mouse and Razer Kraken gaming headset, Razer is hoping to tempt gamers to join its prolific cult with a complete midrange ecosystem.

And there’s little functionality noticeably absent from the BlackWidow at first glance. Fitted with Razer’s own Clicky Green switches, RGB lighting, and a full-size layout, you’d be hard pressed in a game of spot the difference between this and its pricier, fully-featured sibling: the Razer BlackWidow Elite.

But cost-saving measures have seen a few changes in the name of austerity. Razer has cut discrete media keys from the upper right of the board, and gone is the BlackWidow Elite’s swanky “Multi-function Digital Dial”. Even the lavish leatherette wrist rest much lauded by yours truly has been chopped. Worthy sacrifices for a more affordable price tag? Yeah… I suppose so.

Media keys are instead integrated into the function row. As are shortcuts for brightness, gaming mode, sleep, and on-the-fly macro remapping through Razer Synapse. You can save up to five profiles on the board.

Now I’m a fan of a clicky switch, but a sacrifice has to be made for that satisfying old-timey clack: and that’s any and all respect for your neighbours. Clicky switches make one hell of a racket and the Razer Green Mechanical Switches fitted onto the BlackWidow are no different. As the sole switch option available, this keyboard is certainly not one for night owls hoping to compete in some late night gaming.

Yet the switch is responsive and admirably tactile otherwise. Each switch is rated up to 80 million keystrokes, plenty enough to see you through an illustrious multi-year gaming career and almost certainly outlasting the included ABS plastic keycaps. 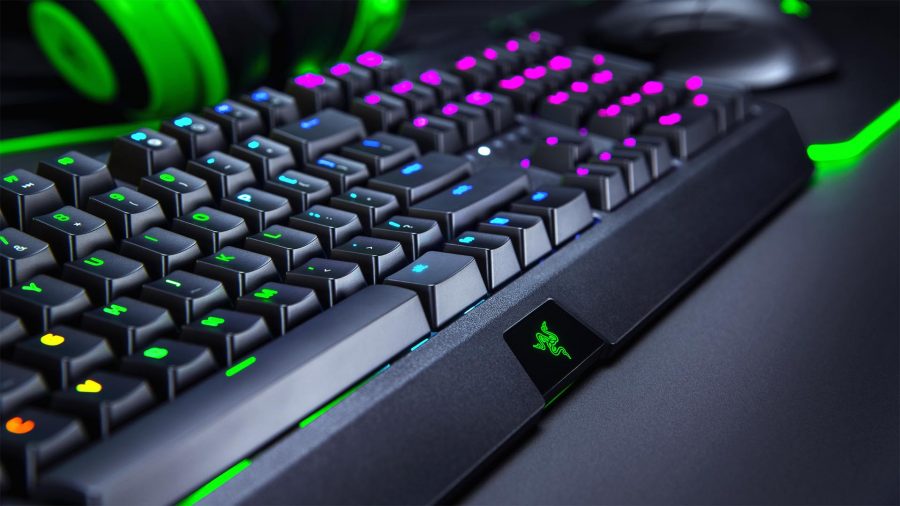 The top-plate design is the biggest aesthetic change between the two boards. The Razer BlackWidow ditches the Elite’s metal floating key design, favouring instead an all-plastic enclosure not all that dissimilar from the Corsair Strafe – reflective mounting plate and all. The end result is a sleeker board with lighting that coalesces across the board for greater visual impact, though with a slightly less premium finish.

Compare and contrast: These are the best gaming keyboards

But where the Razer BlackWidow really shines is the price. At £120, it is competitively listed just below comparable full-size per-key RGB mechanical keyboards from the likes of Corsair and Logitech, and a comparative bargain next to the £200 Razer Huntsman Elite. Its biggest rival is in the similarly pared back HyperX Alloy FPS RGB. 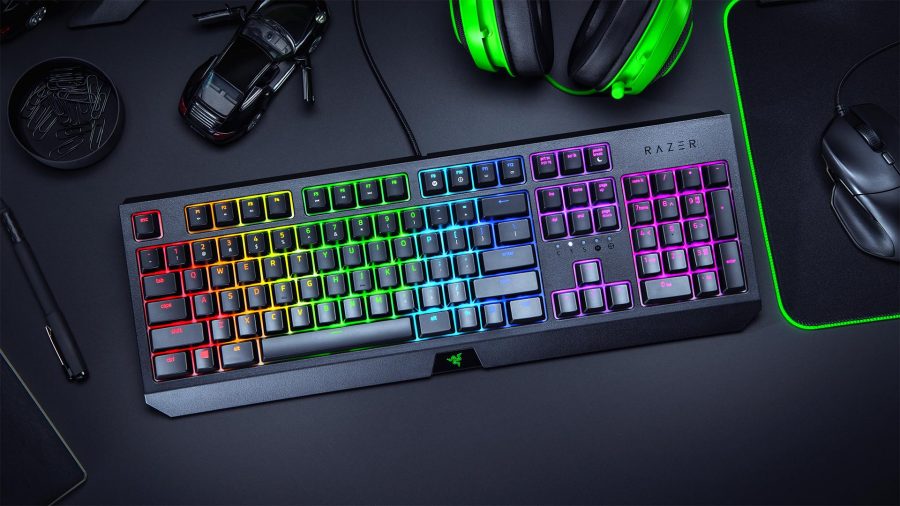 And its faults are few and far between. What has been chopped – premium materials (a slab of metal), wrist rest, and discrete media keys – is more than made up for by its notably easier to swallow price tag and quality construction. If only Razer would rotate the damn retractable feet.

A pared back mechanical keyboard that offers everything a core gamer needs without the nonessential features.