The new Razer DeathAdder v2 gaming mouse is a bit of a misnomer. That whole version two thing… by my reckoning this is around the seventh different version of the classic DeathAdder rodent since the first mouse shipping in 2006. But over those 14 years the DeathAdder shape has remained consistent despite the revisions shaving off a centimetre here, adding a few there, and shedding a little of its puppy fat along the way.

But I still kinda feel that purely calling this a ‘v2’ of the Razer DeathAdder is doing it something of a disservice, especially given that the popular mouse has been in service that long, and that the green team has been continually iterating on the design over the years. When there have been over 10 million DeathAdders sold over that time Razer must have been doing something right.

So, what is this whole version two schtick about? Well, Razer says it’s about honouring “the DeathAdder’s reputation of being ‘the unfair advantage’.” And what that means is jamming in the latest sensor technologies and refining the ergonomics of one of the most iconic mouse designs around.

The main piece of tech for any gaming mouse is the choice of sensor. These days that resolutely means an optical sensor – the time of the laser mouse is thankfully over – and the Razer Focus+ tracker boasts 99.6% resolution accuracy from its optics, and a heady 20,000 maximum DPI setting. 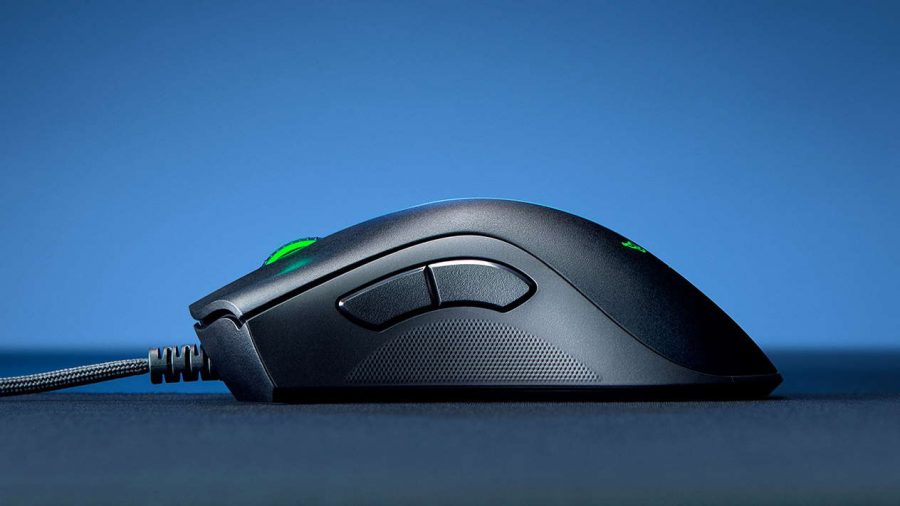 Not only that but it has an incredibly 650IPS rating for its tracking. That’s the speed limit, in inches per second, before the Focus+ sensor fails in accurately picking up movement. For the record, 650IPS is damned quick. The Logitech G Pro heads up our best gaming mouse list has a rating of 400IPS and the original Razer DeathAdder Elite is rated at 450IPS. Those are both a lot lower, but are still seen as speedy. That should show you just how robust a gaming sensor Razer has stuck into the new DeathAdder v2.

Razer is publicising an actuation speed of just 0.2 milliseconds. If you’ve got the reaction times to match that could genuinely make a big difference to your online gaming prowess. I don’t – I’m a man rapidly approaching my middle years and were I an esports pro would likely have been shipped off to Dignitas around 20 years ago… and I don’t mean the team – but even I felt my killer instincts were more keen in the jungle warfare of the latest Battlefield V maps. 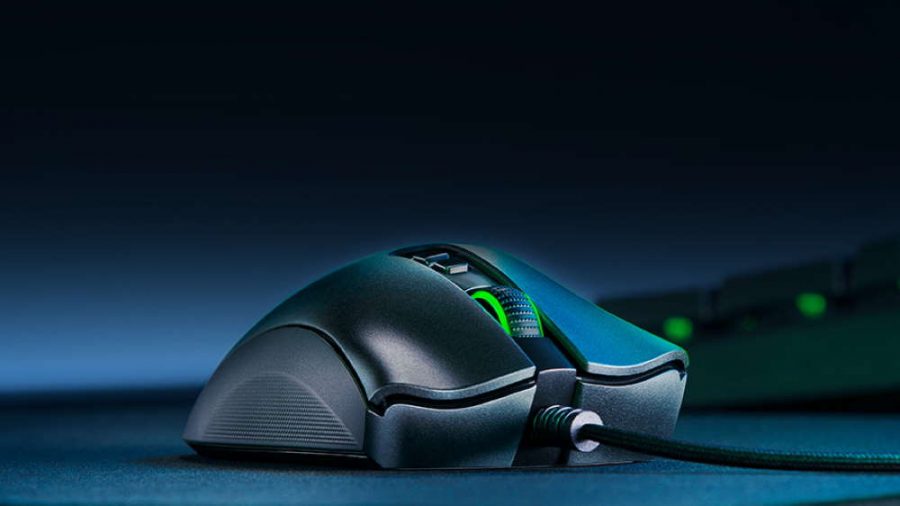 The drastic weight-loss of the DeathAdder v2 is also to aid in its speed of motion too. That 20,000DPI maximum is great for the big number fetishists out there, but realistically no-one wants to game with their sensor running at such heights. You’re generally going to set it far lower, and that means you’ll be flinging the mouse across your desktop at pace – and throwing around a lightweight mouse, with seriously high-speed sensing, is perfect for pacey twitch gaming.

The Razer DeathAdder v2 diet program hasn’t just seen it shed 45g, it’s also lost a little girth around the midriff too. The original design has always been 70mm wide, but the DeathAdder v2 now measures just 61.7mm. It’s also a little lower too, getting closer to the original 2006 version’s dimensions.

So, this is actually quite a substantially different mouse to any previous version of Razer’s mighty DeathAdder mouse. With improvements across the board the new DeathAdder v2 is an outstanding gaming mouse, and one with an impressive feature list that’s perfect for twitch shooters. It’s robust, accurate, and feels as good as, if not better than, any other Razer mouse I’ve ever had in my claw grip.

A fantastic wired gaming mouse, mixing a lighter, slightly tweaked DeathAdder style with the most advanced rodent components around.