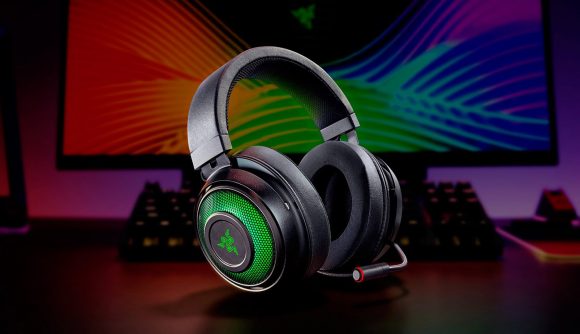 No gaming setup is complete without some good cans on your head and a microphone pointed toward your mouth. Whether you intend to use it to communicate with your teammates or accuse them of being the imposter is a different kettle of fish. But if you want good quality from your two-in-one headset, it’ll cost ya – unless you reap the benefits from these stellar Razer Kraken deals.

Whether it’s the budget-focused Razer Kraken, its premium RGB Ultimate upgrade, or top-of-the-line esports-driven Tournament Edition with THX Spatial Sound you’re in the market for, there’s money to be saved.

So, what’s the difference between each version of the Razer Kraken headset? 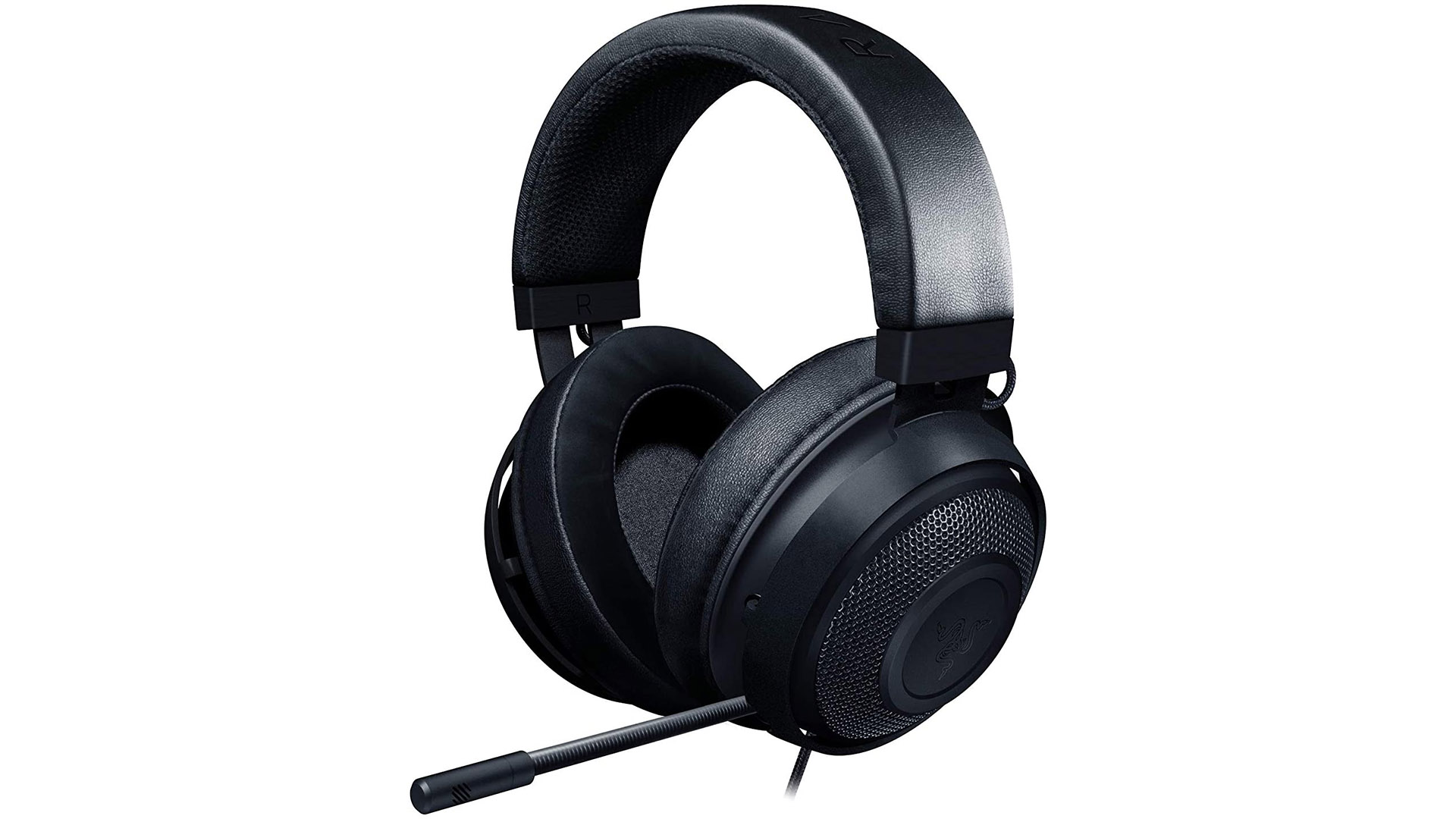 Rewinding back to 2016, the Razer Kraken brought down the price of comfortable, quality headsets, making them significantly more affordable to the average gamer. It’s platform agnostic, too, allowing PC and console gamers to plug it in via 3.5mm headphone jack. Its 50mm drivers boast a good range of frequencies and large memory foam ear cups lined with cooling gel keep you gaming for longer.

We particularly praised the Razer Kraken’s comfort and mic quality, but it doesn’t have RGB and has limited in-line controls. 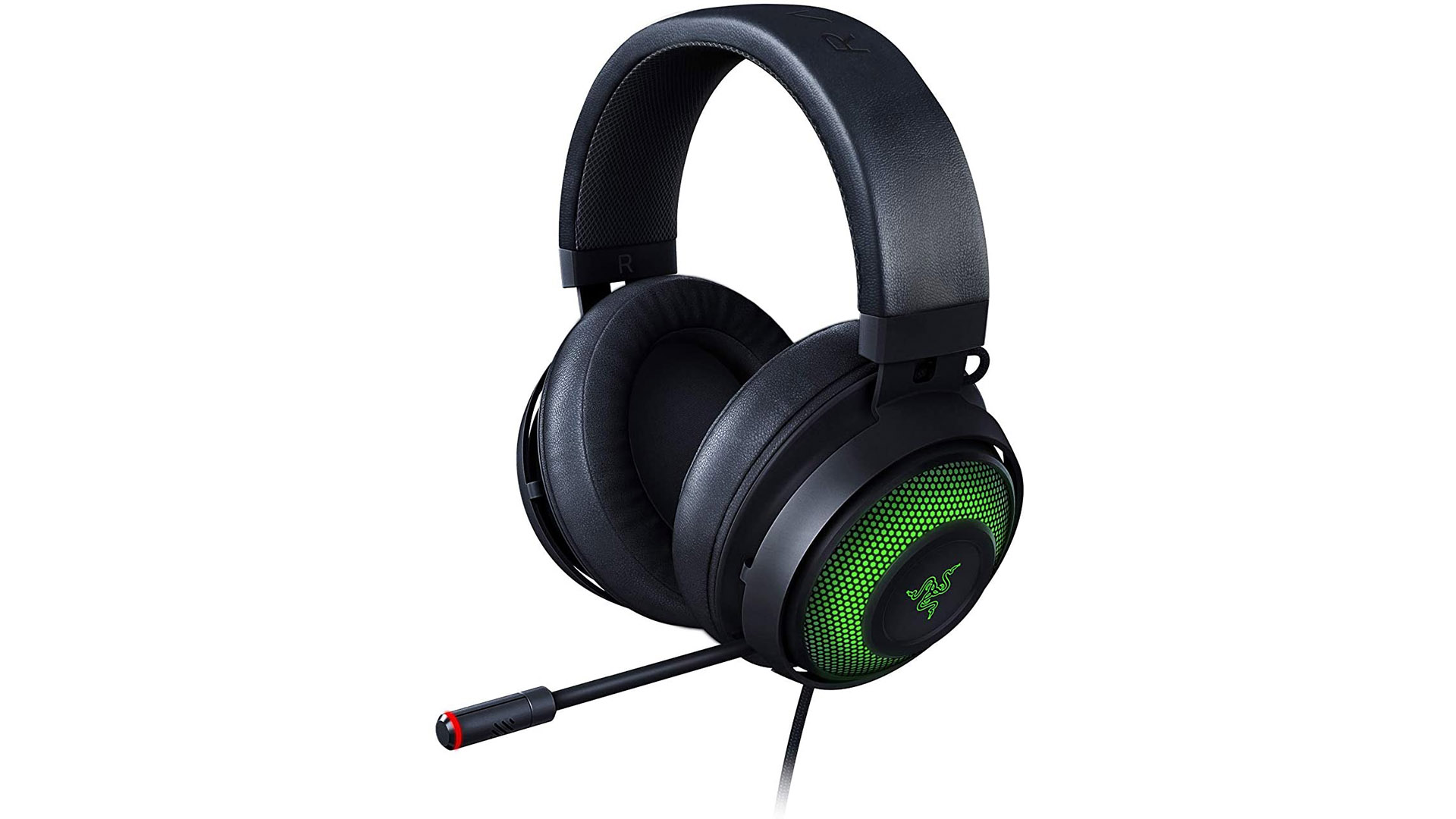 All products are a little bit better with Chroma RGB lighting giving you that touch of personalisation, which is where the Razer Kraken Ultimate shines – forgive the pun. It’s not just an aesthetic thing, either, as the microphone lights up red when you’re muted. You can control this, alongside the volume, from the ear cup.

Aside from the underglow, Ultimate users can enjoy a true active noise cancelling microphone. Frequency response is stuck at 20Hz – 20kHz, compared to the standard’s 12Hz – 28kHz, however, but is backed by THX Spatial Audio, which works in a similar way to virtual surround sound but is debatably more accurate.

Sadly, the Kraken Ultimate can only be plugged in via a USB Type A connector, which leaves console gamers out of the running with this one. 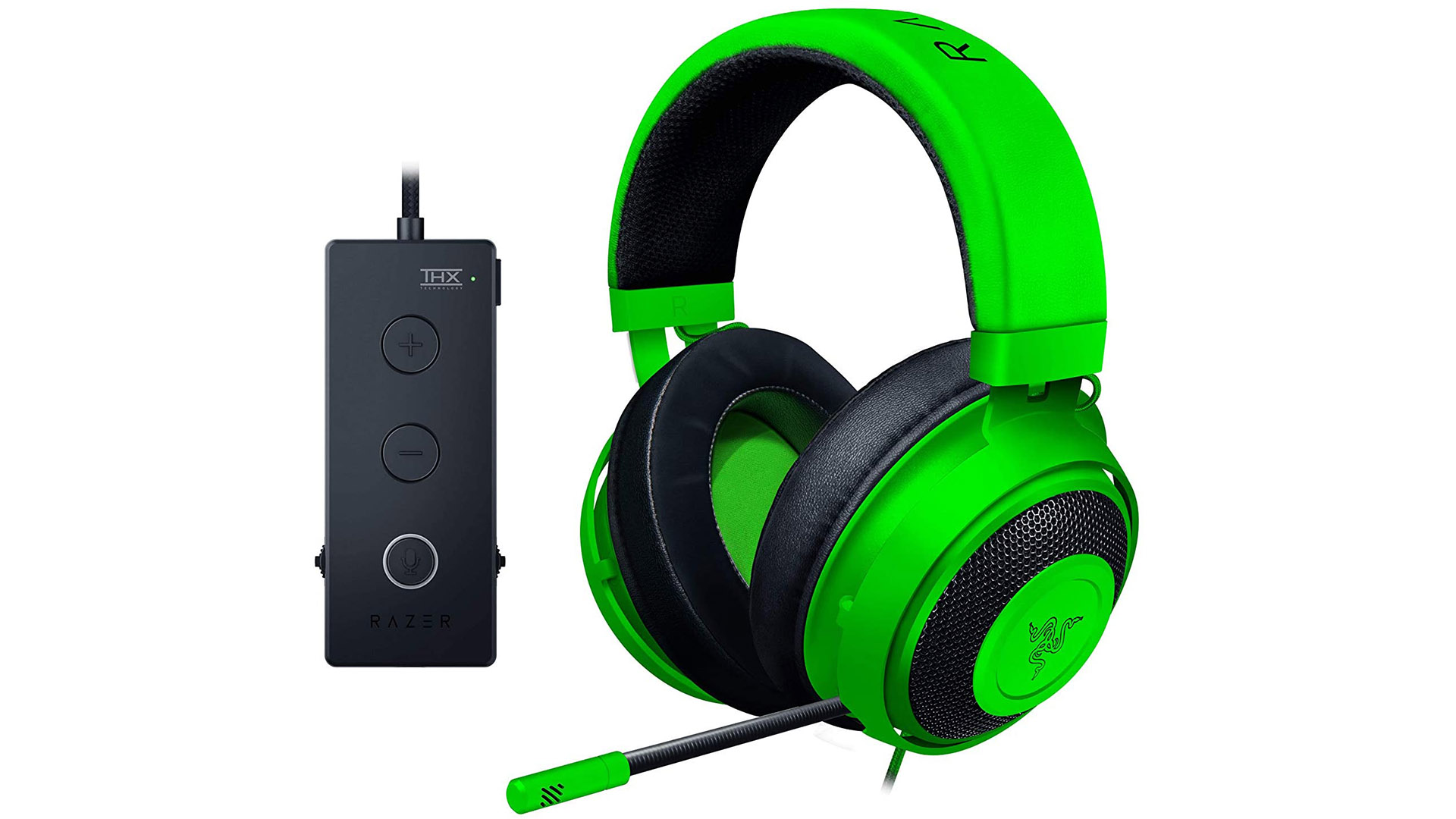 As you can guess from the name, the Razer Kraken Tournament Edition targets competitive gamers and esports enthusiasts, packing near-identical specifications to the original Razer Kraken with no RGB lighting in sight.

Where it improves upon its predecessor is its included USB audio controller for PC players, allowing for game / chat audio mixing, muting, and volume scaling. This also facilitates THX Spatial Audio for those that want it.

Although they won’t be able to make use of these features, console users aren’t left behind with this model, as you can also plug the Tournament Edition in with its 3.5mm jack.