Razer has an ever-expanding portfolio of gaming products, but rather than trickling new headsets, laptops, and cases out individually, the snake-headed company held an online convention to the sound of metal acts like Sabaton and DragonForce’s Herman Li.

‘Made for gamers, by gamers’, as the company likes to say, RazerCon 2020 drummed up excitement by exclusively premiering content from Torchlight III, Gears Tactics, and MechWarrior 5, while also highlighting Empire of Sin, Crysis Remastered, and Resident Evil Village. The real stars of the show were Razer’s new goodies, however, although we might be biased – after all, you did click on an article about Razer products.

We’ve already explored how the Razer Iskur gaming chair debatably stole the show, expanding into a previously unexplored market for the company. We’ve also looked into how the Razer Seiren Mini shrinks down both the size and price of its flagship microphones, bringing an affordable clarity when gaming with friends and videoconferencing with work or family. Fortunately, RazerCon 2020 is the gift that keeps on giving, with plenty more products due out this year.

It’s safe to say that RazerCon 2020 has been absolutely packed with things to look forward to, including the: 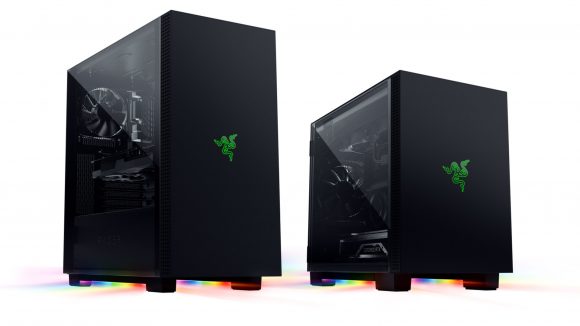 First up is the Razer Tomahawk gaming chassis, a Razer-branded PC case that originally debuted at CES 2020. It comes in two sizes, each designed with a tempered glass window that pulls out on a detachable hinge – as does the rear panel, built-in cable management, and Chroma RGB lighting, although Razer’s logo on the front only lights up in the company’s signature green.

As you could probably guess, the Razer Tomahawk ATX is a standard mid-tower that can house all motherboards up to ATX, with space for a 360mm radiator at the front or 348mm CPU cooler height. The Razer Tomahawk Mini-ITX, on the other hand, is a small form factor case that caters to smaller builds, with a CPU cooler clearance of 332mm. 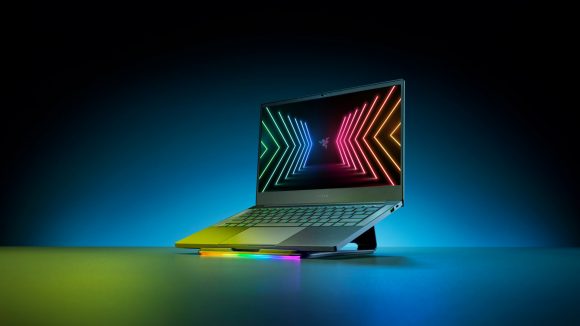 It wouldn’t be an event without Razer pulling out another gaming laptop. This time, the Razer Blade Stealth 13 packs Intel’s brand new 11th Gen Core i7-1165G7 processor at up to 4.7GHz boost clock, an Nvidia GTX 1650 Ti, and finally makes use of THX Spatial Audio, but the real draw is its display.

If you’re a gamer, you can choose between a Full HD 120Hz screen, which is the highest refresh rate on a 13-inch panel, while if you’re looking for productivity, the Full HD OLED touch model can help with 100% coverage of the DCI-P3 space, a higher contrast ratio, and a Gorilla Glass touch display. 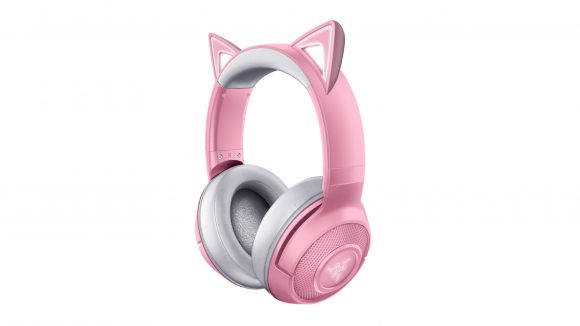 The Razer Kraken might’ve lost out to the Razer Thresher Ultimate on our list of best gaming headsets, but it’s still a fan favourite – and now Razer has a new take on the iconic pair of cans. To give you cat-like hearing in games like Rainbow Six Siege, Razer is introducing the wireless Kraken BT Kitty Edition.

The headset connects via Bluetooth 5.0, meaning you might need to grab a dongle if your PC doesn’t already have Bluetooth built in. Once you’re connected, the battery will last up to 50 hours, although this might be a little less if you’re using Chroma RGB. As you can see, it sports Razer’s Quartz Pink finish, while packing 40mm drivers and a beamforming microphone under the hood.

You can get your hands on the Razer Kraken BT Kitty Edition from today for $99.99 USD / €109.99 on the Razer Store. Select third-party retailers will stock it later in the year.

Aside from the hardware announcements, Razer has also introduced WD Black, Seagate gaming, Yeelight, and Twinkly into its Chroma Connect program, which is the world’s largest RGB lighting ecosystem with over 50 different brands. It’s also teamed up with ASRock to give some X570 and B550 motherboards the Razer flavour with native Chroma RGB support.