Whether you want crystal clear communication with your teammates, you’re looking to dabble in some Twitch streaming, or you just want to sound a tad more professional on Zoom calls, the clarity of a standalone USB microphone is still a much higher than the small inbuilt microphones on some of the best gaming headsets.

This microphone is based on the popular Razer Seiren X, but with one crucial difference: a built-in 8-bit display with extensive customizability. Thanks to the deal price, you’re not really paying any extra for the display, so we think this is a great microphone to improve your setup right now – or as a thoughtful present for that friend you can never understand in Discord voice chats. The screen is controlled through Razer’s software, coming with over 100 animated and static images, and the ability to create your own 8-bit animations for extra flair.

Razer advertises this as a streamer’s mic, and as a result there’s plenty of built-in integration with Twitch and Streamlabs, allowing the screen to react with emoticons to events like new subscribers, donations, or even chosen keywords spoken in your livestream’s chat. 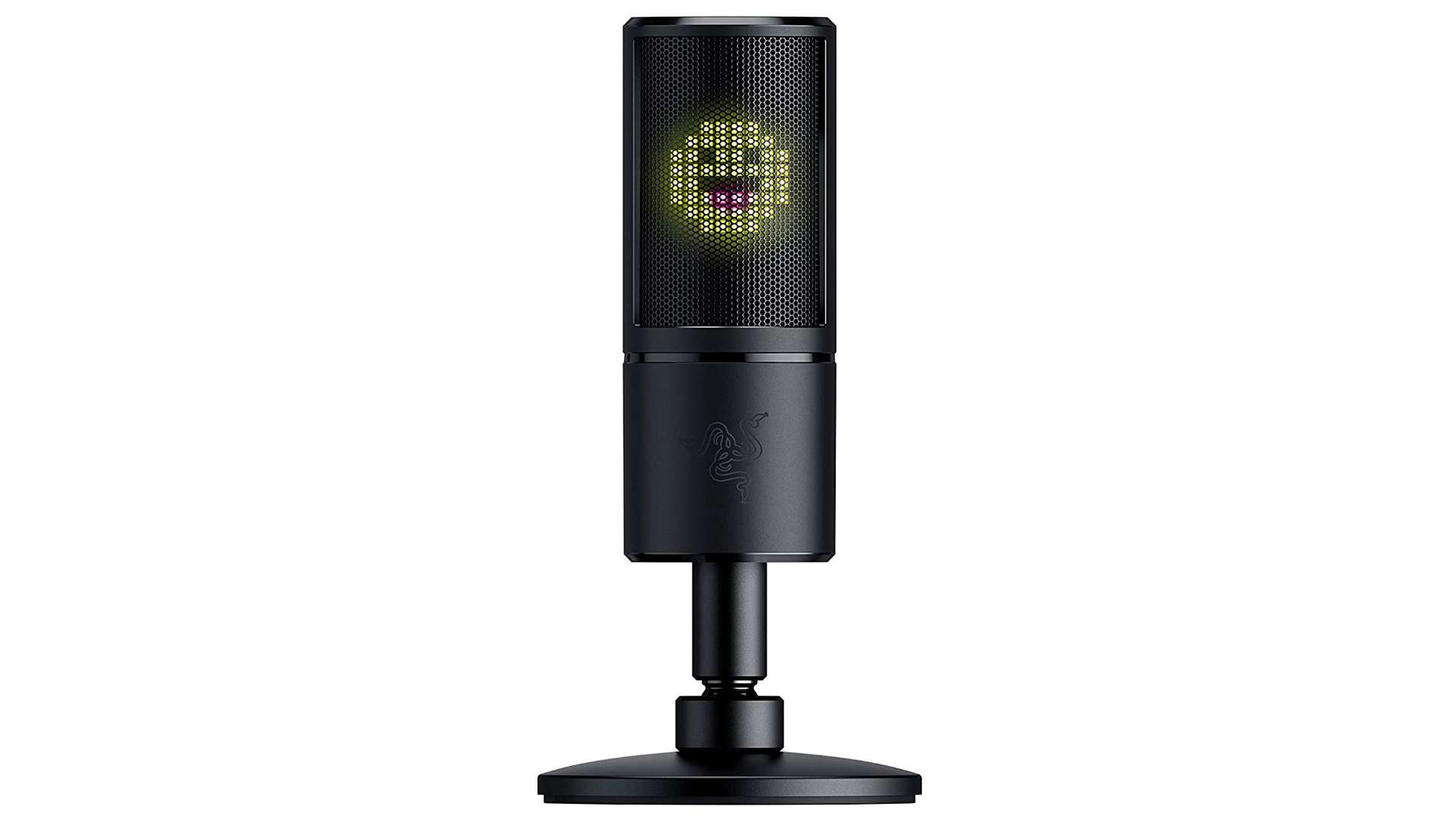 Just because there’s a bit of a gimmick here, don’t think that there’s been any sacrifice made to audio quality. The supercardioid pickup pattern and built-in shock mount ensures background noise, such as you hammering away at your mechanical gaming keyboard, is kept to a minimum.