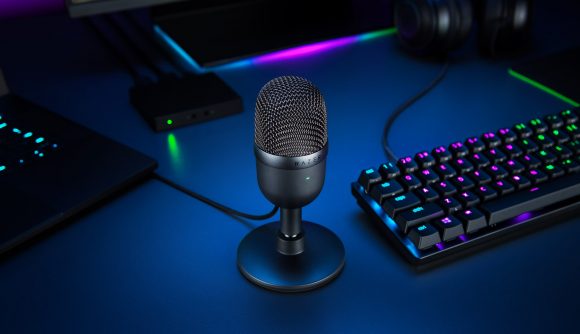 It’s no fun watching a streamer that’s completely obscured by their dedicated microphone poking into view, just as it’s no picnic being prodded in the face by it either – yet many options out there can be just as cumbersome as the last. These are the things we do for quality, but what if they could just be a little smaller?

Answering this question at RazerCon 2020, Razer has debuted its smallest USB-powered microphone to-date with the Razer Seiren Mini. It weighs less than a pound and stands at a tiny 6.42 inches tall, without sacrificing the quality found in its bigger brothers.

Even with its compact form factor, the Razer Seiren Mini packs a supercardioid pickup pattern that reduces the amount of unwanted background noise, a 14mm condenser capsule for that radio-like sound, and a built-in shock mount to minimise the number of bangs the microphone picks up from your desk – perfect if you’re a heavy typer, although we can’t say how mechanical keyboards will sound without a hands-on.

During Razer’s preview, the Seiren Mini held its own against the Blue Yeti and the Blue Yeti Nano with warmer tones and a good balance between bass and high tones, while undercutting both at a $49.99 USD / €59.99 price point. This is no substitute for real-world comparisons, of course, but there’s a lot of value to be found during a time where videoconferencing is the norm, and it’s travel-sized for when the world kicks back into gear.

Razer intends the Seiren Mini to be plug and play right out the box, which is why you don’t see any dials to fiddle about with. If you do crave more customisability, you can hop into Razer Synapse and tweak things to your liking. 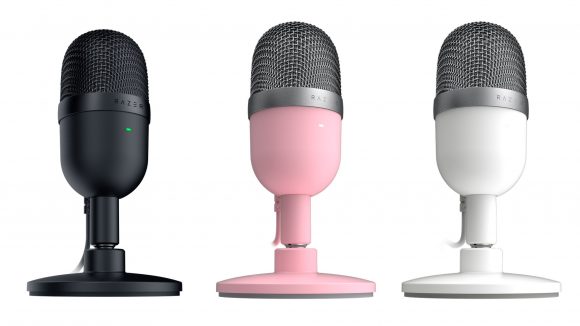 It is already available on the Razer Store and at select retailers in Black, Quartz Pink, and Mercury White colours to fit all aesthetics – although if you’re grabbing the Razer gaming chair, we think Black will probably go best.