There’s no doubt about it, gaming headsets are getting better, but the truth of the matter is that nothing compares to a dedicated desktop microphone built with the sole purpose of carrying your voice. And no, these aren’t just for streamers or those setting up their next podcast – they can be used by anyone that wants to enhance their video and voice calls, communicate with their teammates to win the round, or simply blame them when things fall apart.

Nowadays, you don’t even need a garish setup, filled with audio interfaces and mixers with so many dials it’d give you vertigo, as there are plenty of USB microphones that allow you to plug and play within seconds.

The Razer Seiren X features a supercardioid pickup pattern, which records your voice at a tighter angle than ordinary cardioid patterns, preventing additional pickup from your surroundings. Built-in shock resistance does away with the need for a shock mount, dampening the sound of your gamer rage, should you end up banging the desk. 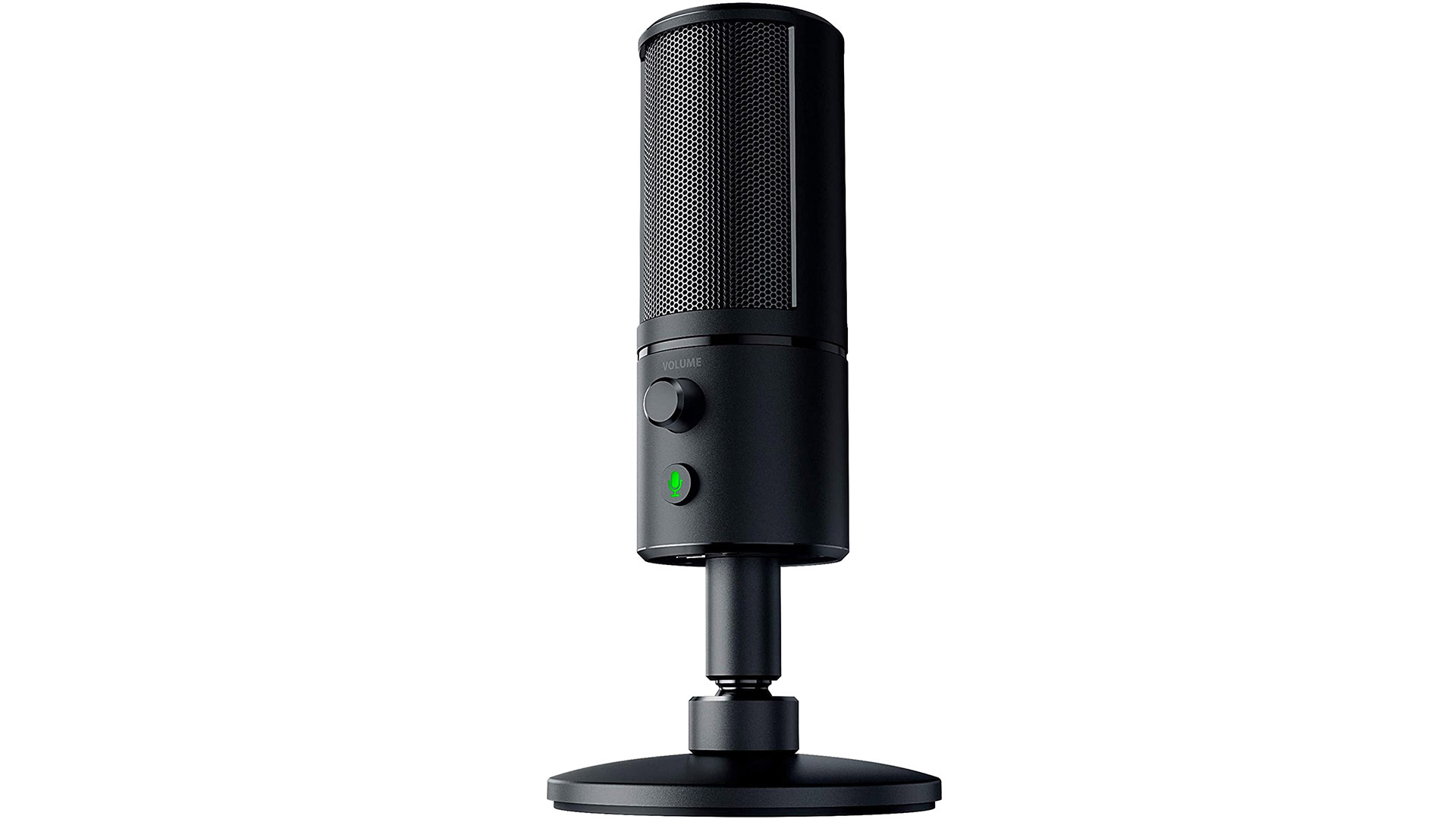 If you’re a mechanical keyboard user, you might be worried about hearing that clickity clack of your switches, but you can always remove your microphone from its desktop stand and elevate it with a boom arm. The most common form is the desk clamp, but if you’re running short of space on your table, there are microphone stands that stem from the floor.

Just be prepared for every gamer and their dog asking you if you’re a YouTuber with your new microphone – it happens often.