Indie games publisher Team17 has announced it’s launching an upcoming tactical FPS game that might have big appeal to Rainbow Six Siege and SWAT fans. Developed by Void Interactive, the upcoming PC game’s titled Ready or Not and is described as an “intense, tactical first-person shooter that depicts a modern day world in which SWAT police units are called to diffuse hostile and confronting situations”, and it’s coming to Steam Early Access.

Team17 has announced it’s teaming up with Void for the studio’s debut game launch in a press release, alongside a new Ready or Not trailer which gives us an idea of what’s in store (you can get a look at this below). The game drops you into the role of elite operatives who have to infiltrate and diffuse hostile scenarios, with tactical considerations threaded through its various gameplay aspects.

For example, the studio highlights that breaching, clearing, and making clever use of stealth will be crucial in making missions a success, as well as commanding a squad of operatives and picking out your loadouts tactically, too.

Ready or Not will feature several different modes, according to its site, which says: “Bring order to chaos online with friends through a tactical cooperative experience, lead a crack team of AI-driven swat members in a solo, story-rich campaign, or battle a rogue organisation in a fierce and competitive multiplayer environment”. 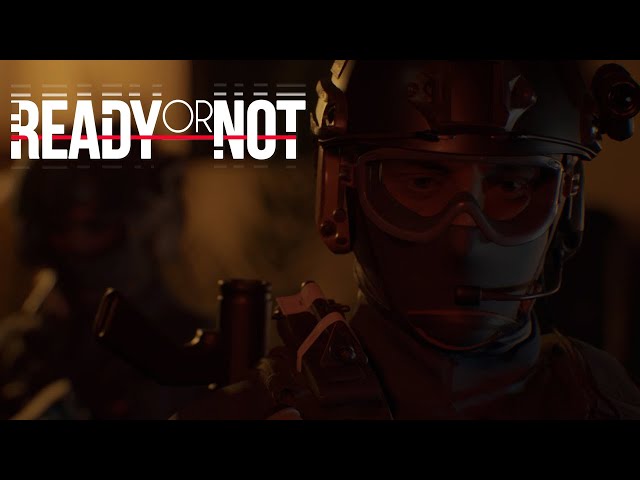 The press release and site also highlight that the devs are aiming to put “realism at its core”, with the game factoring in features such as realistic bullet penetration to team communication. For example, Ready of Not “models ballistic penetration, ricochet, kevlar, and plate dynamics, as well as projectile expansion and momentum”, the site says, and will also feature a speech recognition system designed to let you command your squad or call out to enemies and NPCs in the game.

If you’re keen for the full rundown, you can find more information on the Ready of Not site and Steam page. There’s no exact word on when the game will fully launch, but it’s headed to Steam Early access sometime beforehand so you should be able to get your hands on it for a go before its full release later on.