Looking for Realm Royale tips and tricks? The latest game from Paladins and Smite developer Hi-Rez Studios is a battle royale, but it doesn’t follow all the rules laid down by the genre’s veterans. Classes, skills, horses, and actual live chickens in non-dinner form are key components of Realm Royale, and so you may need a little guidance as to what’s new and how to make the most of it. That’s where our Realm Royale guide comes in.

You’ll almost certainly know the basics: 100 people jump out of a flying machine and land on an island, where they then do battle, with the last team standing being crowned the victors. If you’ve played PUBG or Fortnite you already know how to survive Realm Royale. But it’s the little and not-so-little differences that will separate the winners from those who merely did ok.

Our Realm Royale tips introduce the concepts of classes, skills, armour, and disenchanting, so you won’t be caught at a loss when brawling in the arena. Hi-Rez’s game may look a lot like Fortnite, but there are several important differences that you need to know – seven, in fact, which you can discover below.

Like Paladins, Realm Royale is a class-based game, and features five options to choose from. They’re all fantasy archetypes, and so the names will give you a good idea of the basic playstyles each class provides. Warriors are hardy, engineers build, assassins are stealthy, mages cast spells, and hunters lay traps.

Each class has a collection of four special abilities, a movement ability, and a passive. The class selection menu currently only details a class’s passive, but the icon illustrations give you a rough idea of what each class can do. Engineers throw down turrets, shields, and health totems, and so are clearly a more stationary class. Assassins are able to create smokescreens and become untargetable, and thus are a class suited to ambushing. Mages can levitate, which makes it the best class, no qualification required.

Working out which class best suits your playstyle is the first step to becoming confident in Realm Royale. The game isn’t as class-heavy as Paladins or Overwatch, where each role and character provides a radically different experience, but the small differences between them may be what saves your life and allows you to ascend to the highest form of victory: a Crown Royale.

As with other battle royale games, when starting out in in Realm Royale your character’s hands will be completely empty, and thus you must quickly scavenge for weapons. But you must be on the lookout for abilities, too. Abilities are not available by default, and so, like guns, they must be found in the world and equipped.

Your class dictates which four abilities you will find, so you don’t need to worry about opening a chest and finding skills that are meaningless to you. When in a squad, the class of the person who opens the chest determines which abilities pop out.

Your inventory slots allow two weapons and two skills to be equipped at any one time, so you can’t have all four of your class’s abilities active. As such, it’s important to familiarise yourself with each of the skills and decide which two you prefer. Remember, it could be a long time until you find another skill pick-up, so you’ll want to be happy with the ones you have for the long haul. 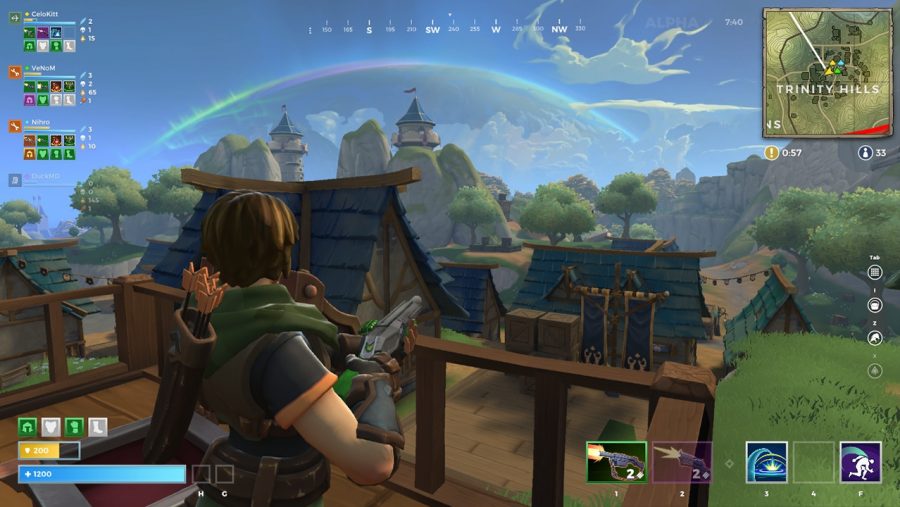 Buff up your armour

Loot chests contain random assortments of three item types: weapons, skills, and armour. You should be clear on the first two, but armour is a little different. You are able to equip four different armour items – helmets, chest, gloves, and boots – and each item contributes to your overall armour score.

Basic common armour offers 50 protection per piece, meaning a full set provides you with 200 armour. Each piece increases by 50 per rarity level, so rare (green) items are worth 100 armour per piece, while epic (purple) provide 150 and legendary (gold) 200.

When equipped, your armour creates a bar that works exactly like your health gauge. If damaged, simply chug an armour potion by tapping G to top it back up. 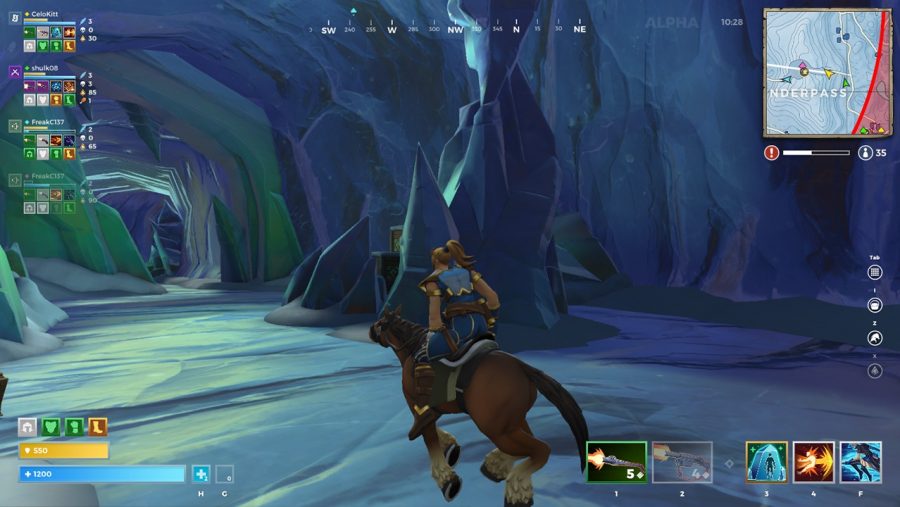 Mount up and move swiftly

It’s official: Realm Royale is the only battle royale game in which you can ride a horse. Tap Z and you’ll be able to summon a steed, which is handy for crossing long distances. Fog caught you off-guard? Simply call on your four-hoofed friend. Just be aware of the fact that you are a much bigger target on horseback.

Should you need to move a little quicker but would rather not resort to the clippity clop of a thoroughbred, you can opt for your class movement ability instead. Unlike other skills, your character is permanently equipped with their movement ability from the start of the match. The design of the ability depends on class, but they all allow rapid movement and so are perfect for closing distances or escaping danger. 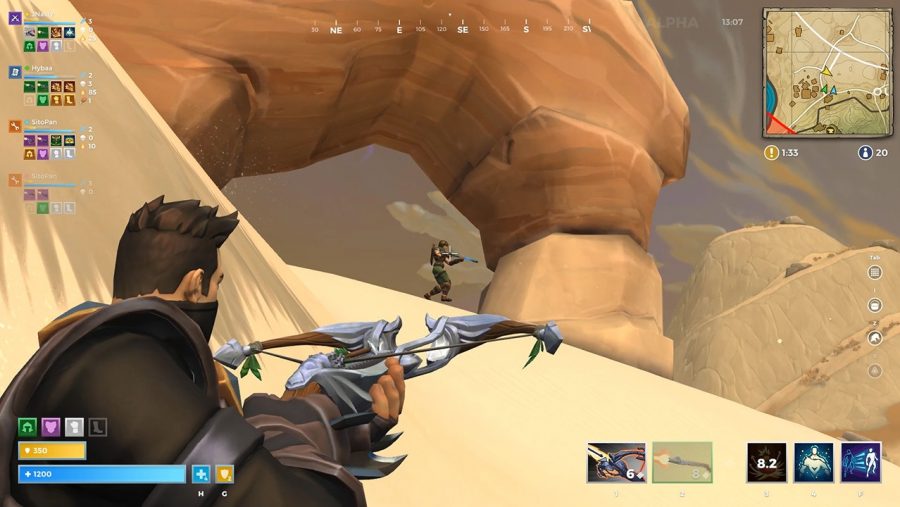 Perhaps the most interesting aspect of Realm Royale is the disenchantment system. Where in other battle royale games your unwanted loot is left on the ground for others to find and make use of, Realm Royale allows you to disenchant items and turn them into shards. Shards can then be used to craft new items that you will find a use for.

So if you’ve popped open a chest and discovered it’s full of rubbish pistols and an ability that you’ve already got, you can simply tap X to turn them into something much more useful. It therefore goes without saying that you should be disenchanting absolutely everything that you don’t intend to equip.

Rewards for disenchanting depend on the rarity of the gear. A common helmet may yield just five shards, but a better grade piece of equipment will provide much more.

What are shards for, though? Well, since you asked… 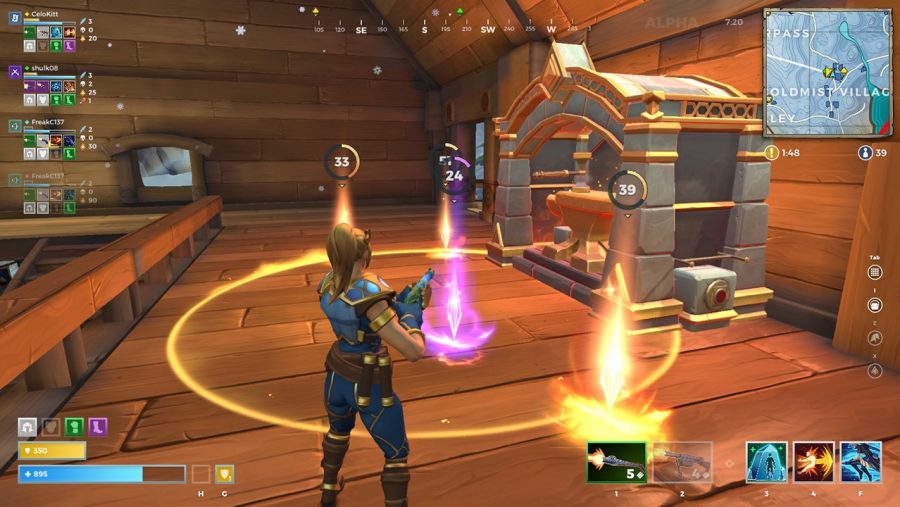 Fire up the Forge

Shards are the currency used to operate the Forge – which is a hammer and anvil that can produce a variety of new gear. Its cheapest produce are health and armour potions which will set you back 30 shards, and are – as in Fortnite – a helpful item to have equipped. But it’s the legendary items that you’ll be most interested in.

The Forge isn’t an instant process, though. Potions take 30 seconds to brew while the legendary gear takes a full minute to hammer out. That means that you need to hang around for quite some time and that’s something you typically don’t do in a battle royale. As such, be sure not to fire it up when the circle of fog is closing in on you.

Also, be aware that the Forge is both noisy and produces a plume of smoke and embers from its chimney. This will alert nearby players to your location and effectively put a marker over your head. And because the Forge spits out your creation as an item pick-up, rather than depositing it into your inventory, enemy players will be looking to dive in and take the spoils for themselves. Always be prepared for an ambush while the Forge’s timer ticks down. 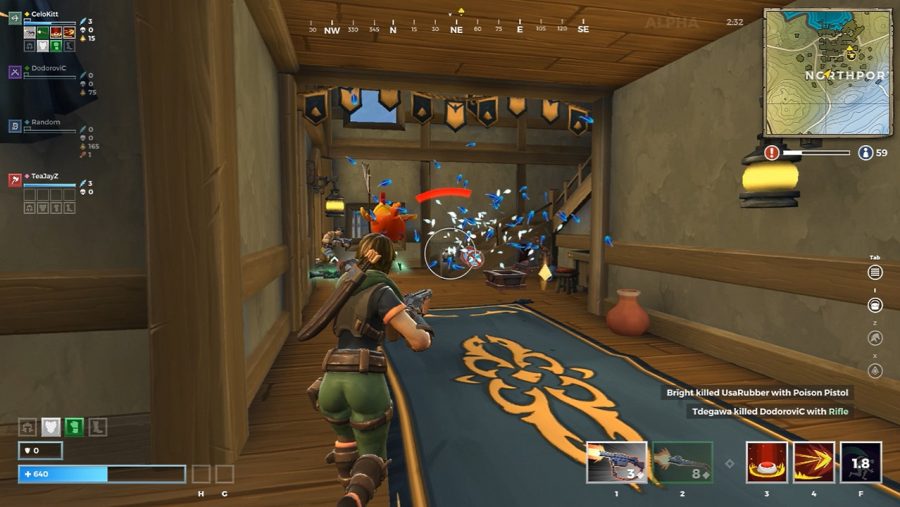 Running out of health is not the end in Realm Royale. Should an enemy player decimate your HP, rather than collapse into a bloody heap you’ll turn into a defenceless chicken. In this new feathered form you can do nothing but run around, but being a fowl has its advantages. If you’re able to survive for 30 seconds you are revived and able to fight again.

This means it’s vital to finish what you started. A fantastic headshot may be enough to score you victory in other battle royale games, but if you’re distracted by another player in Realm Royale and don’t finish off any chickens you may have created, then they’ll quickly revive and you’re going to have someone chase you down for revenge.