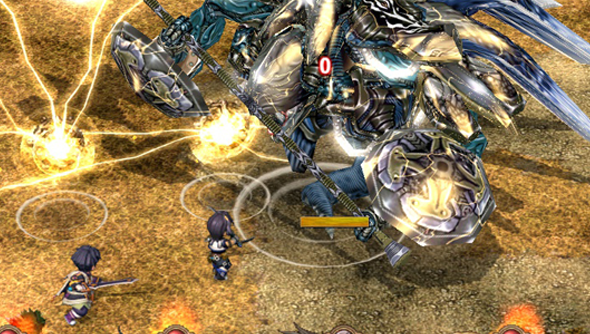 Carpe Fulgur, the localisation company that translated and released Recettear: An Item Shop’s Tale outside of Japan, have announced they’ve begun work on a new project, the largest the company’s ever done. They’re currently creating a translation of Xseed’s Trails in the Sky SC.

More than that they’ve revealed that Recettear’s sold more than 300,000 copies to date. Along with Chantelise and Fortune Summoners, the company’s future is pretty secure.

“I am sorry that we’ve had to be quiet about this for so long, and more importantly that we ended up scaring a number of our fans with our silence, as the quiet led many to believe that Carpe Fulgur had folded,” writes Carpe Fulgur’s Andrew Dice. “Our silence does not reflect inactivity or a lack of will to continue on our part – just the opposite, in fact. Carpe Fulgur has never been healthier. Our warchest and cash buffer, even post-taxes, is quite large. And it’s in part because of our legions of fans, both old and new – in the midst of this new announcement, we can also say that Recettear has now sold three hundred thousand copies since its launch nearly three years ago to the day. Chantelise andFortune Summoners have also been very successful for us – all our products have, to date, turned a profit for us inside of six months, and then proceeded to produce nothing but pure profit from there on out. Carpe Fulgur will not be going anywhere for a very long time.”

It’s this success which has allowed Fulgur to work on the localisation of Trails in the Sky, a project many other companies passed up due to its size. As an indicator of that, Dice says that “the main scenario alone is larger than the entire script for Recettear”

Fulgur are still working on the localisation at the moment and when that’s complete they will be testing the game’s PC port so we’ve still a fair wait till the game is ready for release.