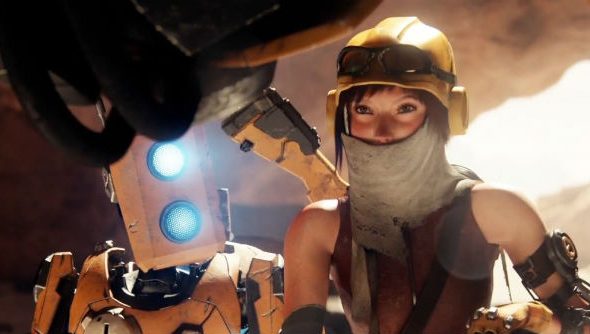 It was first thought ReCore – the forthcoming post-apocalyptic action-adventure game from Comcept and Armature Studio – would be an Xbox One-exclusive when it arrives later this year. Microsoft – by way of an Xbox official blog entry – however, have otherwise announced it’s also heading to Windows 10.

For a look at the other games landing on PC this year, check out our Upcoming PC Games.

ReCore, you may recall, was announced at the E3 conference last June boasting Mega Man (and Mighty No 9) mastermind Kenji Inafune and Armature Studio – they of Metroid Prime who split from Retro Studios – at its helm.

Billed then as an Xbox-exclusive, it looked really rather wonderful – as you can probably gather from the footage below – thus it’d have been a real shame had the console worshippers kept it all for themselves, don’t ya think? Furthermore, according to a recent New York Times report, one-time Bungie employee and esteemed Halo writer Joseph Staten is also on board, thus ReCore is shaping up to be one to watch in 2016.

There’s no concrete release date just yet, but that doesn’t mean we can’t have another gander at that lovely announcement trailer.