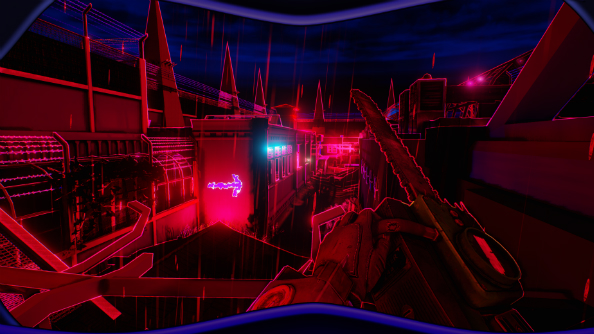 UK indie developers Domino Effect are taking to Kickstarter to secure funds for stealthy FPS Red Awakening, a game that tickles all the right neural pathways if you’re into ‘80s slasher movies and Predator vision.

The game’s been in developement for two years, and is due for release in summer 2016 if it secures the funding it’s looking for. Featuring a dynamic parkour system, 5v5 team play, and an art style in the same ball park as Far Cry 3: Blood Dragon, Red Awakening also boasts a plot that’s good old-fashioned pulp fiction nonsense.

“Set during the aftermath of the Vietnam War in the mid-1970s,” say Domino Effect, “Red Awakening depicts a United States in turmoil. The youth are out of control, with once peaceful student protests devolving into violent street riots. Fearing a civil war with the youth of America and the ever-increasing threat of communism, the powers-that-be covertly funds a clandestine CIA mind control program. Codenamed: “Red Awakening”, this program is designed to solve all of America’s problems at once… but things don’t go according to plan.”

Pledge bonuses for supporters of the Kickstarter campaign include a mention in the credits, a digital collector’s edition and more.

Domino Effect are citing some pretty esteemed games as influences, namely Thief, Manhunt, Time Splitters 2 and Condemned: Criminal Origins. And if we’ve learned anything from the games industry, it’s that when developers name-drop a bunch of really good games, their own game will definitely be as good as all of them.