The submachine gun in competitive stealth-shooter Red Awakening is called the Fap. Its scoped revolver is dubbed the CMD Serpent.

“I’ll let you research that one in your own time,” says studio head Rob Peall. A few hours later I do, and my search history is worse off.

“I’m still waiting for people to discover it, but all the guns are essentially named after penises,” he reveals. “I was trying to get across that Kojima thing – a war game that’s an anti-war game. [You] get a gun, and you look like Chuck Norris – then the bullets run out and you’re back to being impotent again.”

That swing back and forth, between gung-ho heroism and emasculating vulnerability, is what Red Awakening is all about. Equal parts Counter-Strike: Source and Metal Gear Solid, it’s a team-based FPS that incorporates light and shadow, thermal goggles and security cameras. 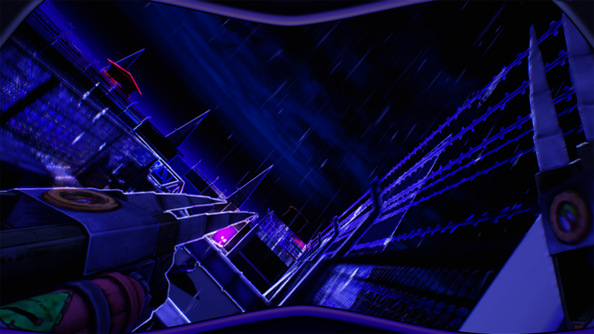 The first thing you notice about it, though, is the palette. Built in Unreal Engine 4, Red Awakening’s cell-shaded environments are drawn in deep blues and reds and blasted with jets of neon. The colours convey darkness, but keep the vertiginous, wall-running-ready environments readable. Peall cites the films of Nicolas Winding Refn – Drive and Only God Forgives – but closer to home are the heat and night vision of single player stealth games. In Red Awakening, it’s as if Sam Fisher’s goggles were glued to his face after a particularly raucous Fourth Echelon office party.

The plan is that colour changes will eventually help players visualise the noises created by their tiptoeing rivals, as well as their vision cones. In the build we’ve played, a sudden shift to purple indicates you’ve failed to dodge or disable one of the map’s cameras and triggered its alarm. As in Bioshock, enemies will swarm to your position – but here they’re other players who now know precisely where you’ve been sneaking.

There’s something about the way your avatar holds a knife that screams Dishonored – but Red Awakening has a shadow system straight outta Thief. A spot in deep shadow will render you completely invisible to other players unless sought out with thermal specs. And even then, there’s a chance of avoiding detection if you’ve donned a cloak augment and kept very, very still. 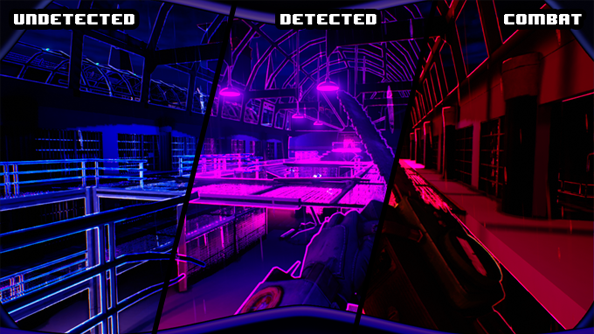 Camping is, to say the least, frowned upon in competitive shooting. Here, though, there’s an art to discovered the best patches of darkness in a given map and lying in wait. But there are strict limits enforced by Red Awakening’s fiction. Its story is about a state-sponsored, Running Man-style TV show in which young offenders fight it out. The onus is on the player to entertain unseen viewers – so hide in a corner for too long and your sci-fi arm modules will bleep conspicuously, before blowing clean off.

A creepy producer-director will call out headshots – and Peall even plans to link eventual cosmetic item sales into a satirical commentary on US materialism.

“We’ve got that GTA sense of innuendo or irony or whatever you want to call it,” he says.

To top off the shlock-horror, slasher movies get a look in, too. Peall is channelling the point-of-view killer’s perspective that distinguished the genre in the ‘70s – and borrowing the Texas chainsaws.

Items sit within the map like trophies, prompting a Quake-style “race for the power weapons” at the beginning of a match. But they’re also hotspots for cunning players to set up ambushes. What’s more, a big gun isn’t necessarily an advantage when every shot threatens to bring nearby stalkers swooping down on your position. 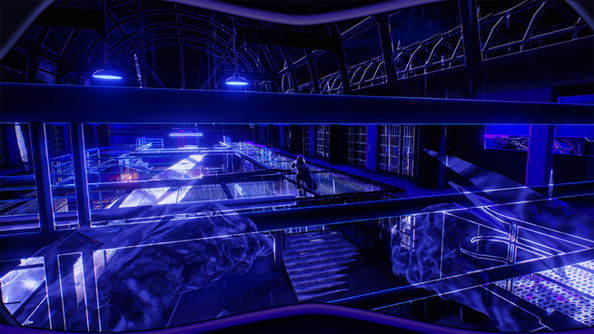 “It aids with that cat-and-mouse thing,” explains Peall. “You’re never feeling truly safe. A bit of a false sense of security with your weapons.”

There’s a measured pace to the whole affair – encouraged by a very limited pool of lives (one mode is named You Only Live Thrice) and a stamina mechanic. Sprint across the map to a target, and you’ll find yourself without the necessary energy to deal the killing blow – or in a last ditch riff on Hotline Miami, hurl your weapon. Instead you’re forced to pause and pick your moment to strike – rejuvenating your stamina with the kill. That last feature is one Peall claims has real-life foundation: “You hear about these soldiers out in Vietnam and they were getting kills and it was the biggest buzz they could ever get”.

Despite stellar efforts like Splinter Cell’s Spy vs Merc, stealth remains by and large a single player genre. But Peall seems to understand the needs of its players. For instance, Red Awakening is the only competitive shooter I’m aware of which rewards players for pacifist playthroughs. Win a map’s objectives without killing a soul – disarming a bomb, or stealing contraband from an enemy safe – and you’ll get a post-match bonus.

“I’m a big Metal Gear fan, and for me there’s something just satisfying about getting through an entire map without being seen and still completing your objective,” he expands. 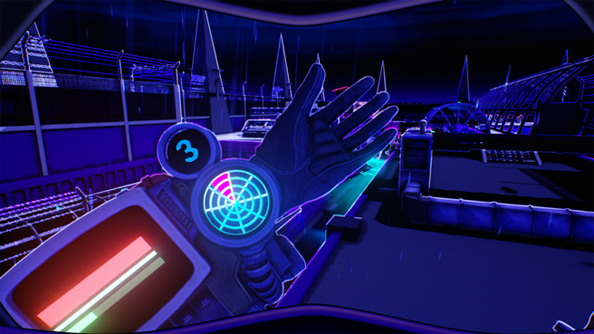 In fact, there’s a lot about this odd shooter that matches up with contemporary stealth – from the vertical space of Deus Ex and Dishonored, to the adaptive, action-friendly likes of Metal Gear Solid V and Splinter Cell: Blacklist. In Red Awakening, the game isn’t necessarily up if you’re discovered. Even so: it’ll go better if you’re not.

“Yeah, you can use a gun, but it’s loud so it’ll give you away to the opposition eventually,” says Peall. “I wanted to try and put consequence in everything people do.”

Red Awakening is currently struggling on Kickstarter, but regardless of outcome, Peall will continue work on his pet project. “I think at this moment there’s a part of me that’s really just looking at getting some real, decent exposure for the game, and having the pros, press and YouTubers play it,” he concludes. “It’s proving [the game] to publishers.”

In this sponsored series, we’re looking at how game developers are taking advantage of Unreal Engine 4 to create a new generation of PC games. With thanks to Epic Games and Domino Effect.