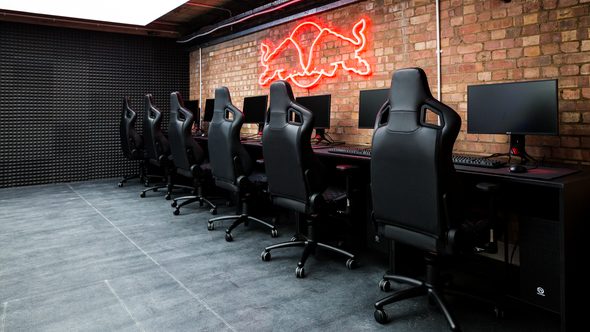 The Red Bull Gaming Sphere in London opens its doors to the public this evening for its first Friday Night Brawl.

Hone your skills before competing. Check out the best MOBAs on PC.

Friday Night Brawl is a knockout tournament which sees players compete for a £100 cash prize. Each week a different game will take centre stage from 17:00 to 22:00 (GMT).

Red Bull have also announced their invitational community event, Practice Quarters, will be held every other Thursday, beginning in April. These events will allow you to train alongside other players, with the first session in the series focussing on Street Fighter V.

In addition, from next month the studio will host a series of pro-esports coaching workshops. These week-long intensive workshops will be open to university teams, and the public, with the first offering DOTA 2 coaching from pro player Purge.

To take part in the Friday Night Brawl, you can either sign up in-person or online.

Original story, March 13:You can soon get pro esports coaching in London, courtesy of Red Bull.

Red Bull have announced they will be opening the Red Bull Gaming Sphere in London later this month.

However, Red Bull will not be developing games at their new “games studio.” Instead, the Red Bull Gaming Sphere will offer esports tournaments, and professional esports coaching to the public.

The Red Bull Gaming Sphere will be the UK’s largest public esports studio, allowing you to take part in fun weekly tournaments, battle for the top spot on the in-house leaderboards, or even just learn from esports professionals through regular workshops.

We have some news…

Alongside community events, Red Bull also plan to host their own esports tournaments at the venue.

This is the second Red Bull Gaming Sphere in the world, the first was opened in Tokyo last month. The London venue is located in Shoreditch and is due to open its doors later this month, however a date has not been confirmed yet.