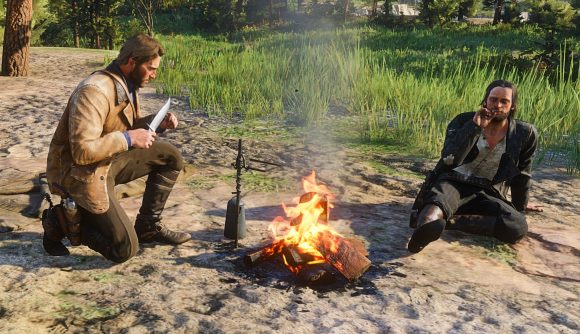 Do you ever get lonely on the ol’ Frontier? As always, there’s a mod for that. A Red Dead Redemption 2 modder has added a companion system that allows you to recruit one of the Van Der Linde gang members as a companion.

Bolmin’s Companion System mod currently features Javier, John, Bill, Hosea, Kieran, Sean, Charles, Lenny, or Micah – Sadie will join the bunch soon. Once the mod is up and running, it’s reasonably simple to corral a pal – walk up to one of them and press the recruit prompt. Bolmin explains that you’ll then be presented with an assortment of new options once the selected gang member is targeted, like a command option that brings “a prompt-based menu for you to change” with some “basic Fallout-style settings”.

Once you’re buddied up, the companion will aid you in combat, ride with you on a horse, and take a load off when camp is set up. One of our favourite features, though, involves taking the time to chat with a chosen companion.

Their behaviour can also be directed through the command menu, so you can send them back to camp, tell them to stay close, or to be passive. While crouched, you can also direct them to distract or kill a targeted foe.

You’ll need to be aware of their needs, though, as they can run low on food and stamina. There’s also an icon representing their health, but the modder hasn’t added that functionality yet, so don’t worry about it.

You can also toss a companion a gun if you fancy changing up their playstyle. Don’t worry – the weapon is retrievable through the command menu. 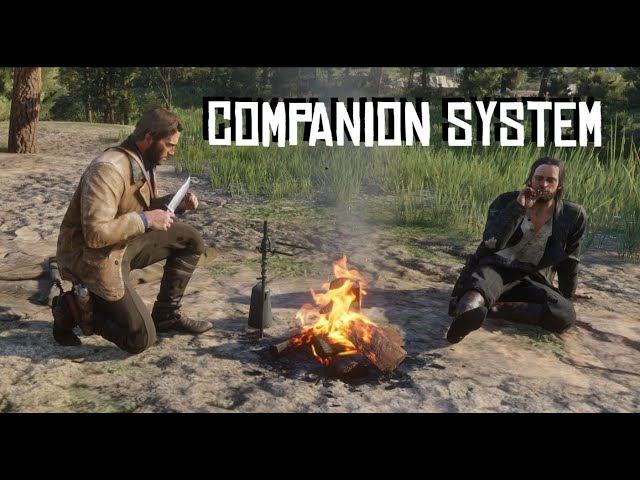 If you fancy giving this one a whirl, it’s over on Nexus Mods – as ever, though, mod with caution. If you want to check out some more Red Dead Redemption 2 mods, all you have to do is click that link.