Death Stranding might not yet be out on PC, but thanks to reviews and its PlayStation release, it’s already in people’s hands. While critics’ scores have generally been high, some have raised questions about the manual nature of its gameplay, which sees you venturing back and forth across a post-cataclysmic wasteland ferrying many packages.

It seems like this time-consuming ‘realism’ is designed to make you feel invested in the plight of poor Sam Porter Bridges, and by extension, Death Stranding’s story. The game’s creator, Hideo Kojima, indicates the game is about connection, and it’s surely the time you spend on countless fetch quests, alone and vulnerable, that makes the snatched moments with real, flesh-and-blood survivors all the more powerful – and connected.

Hinging the gameplay, and ultimately your engagement, on manual repetition is risky. It could dampen the player’s excitement or hinder momentum. In Sam’s own words: “I make deliveries. That’s all.” But, from a narrative point of view, it could also enrich your sense of connection with his experience in a way that a more relentlessly action-packed offering might not. Admittedly, I haven’t yet jumped into Death Stranding, so can’t attest to how well it achieves this. However, having sunk more than a few hours into Red Dead Redemption 2, I know that this approach can be incredibly powerful. Red Dead Redemption 2 spoilers follow!

Some critics have said Red Dead Redemption 2 is boring. The game is, like Death Stranding, underpinned by manual rote and repetition. Fast travel is limited, meaning you spend a lot of time on your horse admiring the mountainous, swampy, or metropolitan vistas. You have to top up your hungry hero’s health cores with food, clean his guns, and soak his begrimed backside in bathtubs to keep him fighting fit. 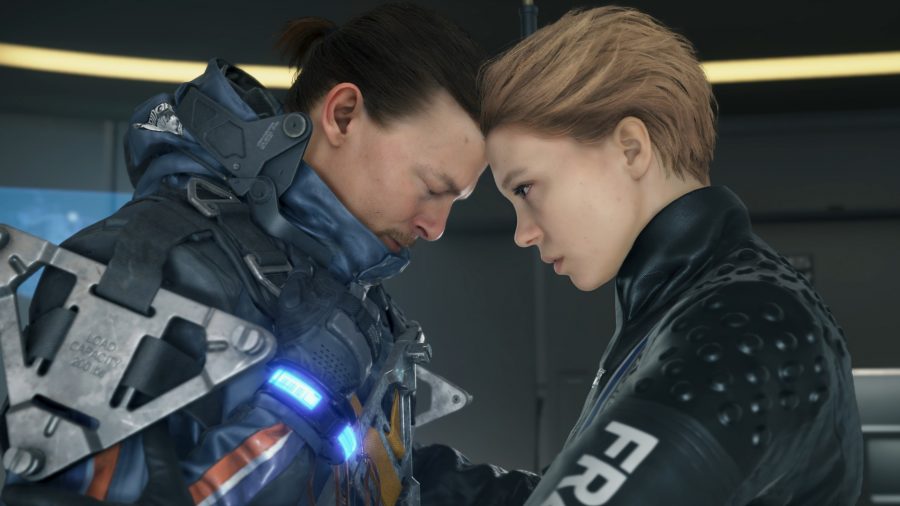 The interesting thing, though, is that many of RDR2’s most manual, mundane, ‘realistic’ tasks are completely optional. You don’t really need to feed the horses hay each day. You don’t have to chop wood, hoist sacks, or even participate in most of the (often facile) natterings that abound your gang’s camp. Sure, you earn some Honour points in the game, but there’s not really an obvious ‘point’ to it all. And yet, to really connect with Arthur and his plight, it’s really important to do these things – because the more you put in to RDR2, the more you’ll get out.

The key to connecting with Arthur is throwing yourself into his life. Every little bit of it

Red Dead Redemption 2 is fundamentally a story about the relentless drive of manifest destiny, sweeping away lawlessness and the tearaway groups of folk who try to oppose it. The Van der Linde gang is introduced as a rag-tag bundle of outlaws who, for all their flaws, stand (mostly) as one, clinging both together and onto the nomadic self-serving lifestyle they’ve chosen. Yes, they’re very much bad ‘uns, but they’re also a kind of family. They close ranks against a hostile, changing world, and they’re all Arthur knows.

Then, as its unstable, idealistic leader Dutch starts to spiral, the gang starts to fall apart – a process spanning the game’s narrative that’s handled really well by Rockstar. As Sam White says in our Red Dead Redemption 2 PC review, the game is “a slow and quite depressing downward spiral into one man’s madness and the rippling ramifications of his egomaniacal vision. And it’s masterfully done.” The key to really feeling the impact of this, of connecting with Arthur as he watches his family tear itself apart and his father figure go off the rails, is in throwing yourself into the family – into Arthur’s life. Every little bit of it.

When you make the effort to put in the manual work for your crew, day-in, day-out, you’re not just doing camp chores – you’re investing in your comrades, ensuring they go on to gunsling another day. When you travel long, tiring journeys on horseback in real time, with or without a chattering companion, you’re clocking up time in Arthur’s shoes (or saddle), completing missions to try to get some much-needed gold flowing back into the camp, which you find yourself really caring about.

I imagine it’s probably the same in Death Stranding. Every journey Sam makes is connected to how well people can survive a broken world. Every time he slips and loses packages, he risks harm to these people. The manual underpinning of this is time spent with this weight on your mind, and a sense of personal investment in him and his predicament.

While manual mechanics and processes in this vein aren’t anything new to videogames per se – consider entire franchises like The Sims, Train Simulator, and management sims like Planet Zoo which centre on exactly this type of gameplay – reinventing them as a way to bind the player to a rich narrative and deepen their engagement, is an innovative and powerful thing. 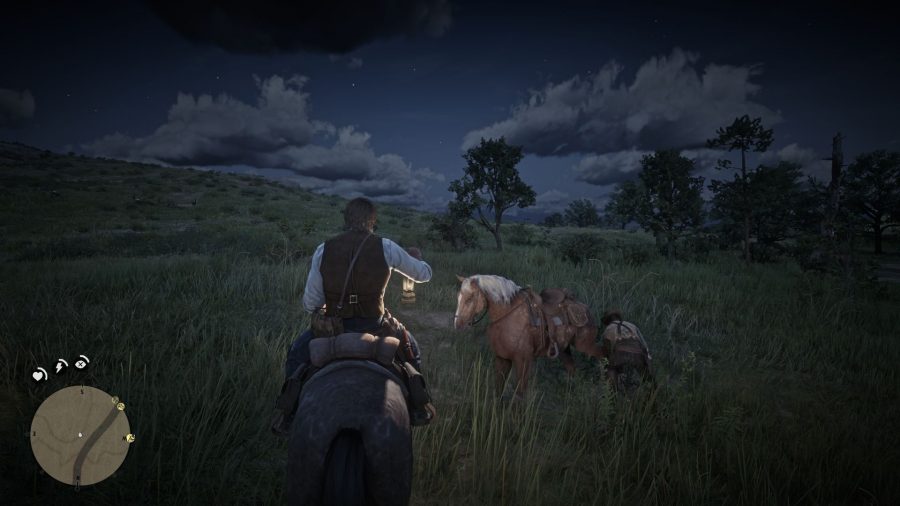 The result in Red Dead Redemption 2 is that you then feel the loss of Dutch and the gang as they slip away from Arthur because you have been pulling your weight, doing your part, and joining in with the early morning coffee chats and drunken parties celebrating the safe return of a gang member, investing in it all. The losses of certain gang members are devastating because you spend so much time basically co-existing with them, in more or less as realistic a way as you can do in a videogame.

Yes, it’s fair to question whether this realism slows the pace down between the raging shootouts and bank heists – and I think the answer is yes, they do. But, is constant action all we’re looking for from a game like RDR2? I think it would be a waste not to let Rockstar’s rich narrative and characters lie at the heart of your playthrough, and make the game’s conclusion hit all the harder.

For this extra layer and all that it adds to the game, I fell in love with Red Dead Redemption 2 – and for the same reason, I can’t wait to jump into Death Stranding.