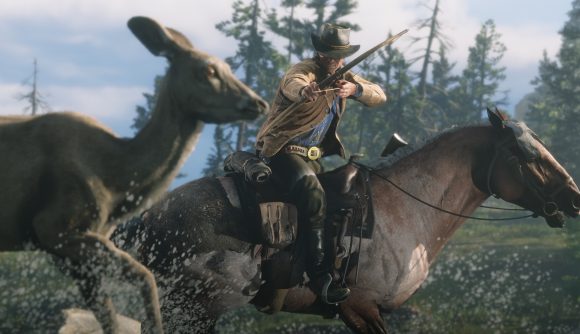 Anyone who’s played Red Dead Redemption 2 is aware of the ridiculous level of attention to detail in the world, but now a new study has shown that Rockstar’s Western can be used for educational purposes – specifically, to teach people about animals and wild nature.

A Biology teacher from Cornwall, UK, going by the name SaiRookwood posted on Reddit (spotted by GamingSym) about a study they assisted on with the backing of the University of Exeter and Truro College. The study was designed to find out if high-budget games such as Red Dead Redemption 2 could be educational, specifically seeing if immersion in RDR2’s detailed environments could help people learn more about the real-world wildlife portrayed.

The team drew up a survey that 586 participants took part in across 55 countries, out of which 444 had played Red Dead Redemption 2 and most were young people between the ages of 18 and 34. Those tested were asked to identify 15 animals from real photographs – all featured in Red Dead – and asked to name them, with multiple-choice provided for those unable to.

SaiRookwood notes that, of course, the team doesn’t recommend that under-18s play Red Dead Redemption 2 – but believes the study shows that immersion in a gaming environment, where “people’s actions have meaning”, can be more valuable than simply learning “a list of animals by rote”. The full study, titled ‘The educational value of virtual ecologies in Red Dead Redemption 2’, can be found here.

It’s certainly good to hear that gaming can have a positive educational influence. Another good example of learning about an environment through playing is Ubisoft’s Assassin’s Creed series, with the upcoming Valhalla Discovery Tour seeming to be the most in-depth experience yet – and the results have been positively received.