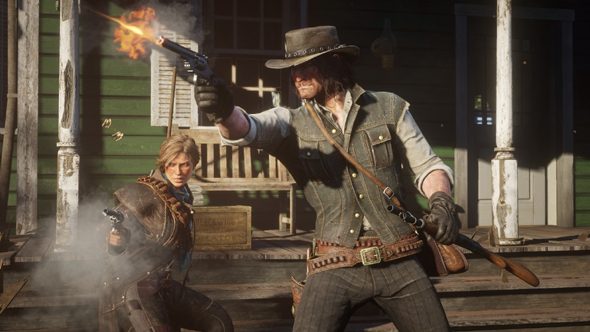 Red Dead Redemption 2 pre-orders have gone live after a premature retail listing spoiled their bonus contents. No, you still can’t pre-order the likely-but-unconfirmed PC version, but the bonuses accompanying these early console listings do give us a bit of insight into what we should expect from the game.

Unsurprisingly, you’ll still have an inventory system including items to replenish health and your Dead Eye meter. You’ll get a bonus selection of those items in the Outlaw Survival Kit for pre-ordering, as well as a battle hardened War Horse with “greater courage and stamina than the average steed.”

Get caught up on all the (confirmed) upcoming PC games.

The cash bonus promises enough funds for protagonist Arthur Morgan to “buy a weapon, some food, a handful of useful items and ammunition.” We knew you’d be hunting food to keep your camp supplied, but those supplies are apparently also available for purchase in stores.

A bonus pre-order treasure map also confirms that the first game’s treasure hunts will return in the sequel, joining other returning mechanics like Dead Eye and Honor. If you’ve been paying close attention to Rockstar’s catalog, you may recall that GTA Online offered its own treasure hunt last December, rewarding you with a revolver that will then transfer into the Red Dead prequel – clearly, Rockstar has digging for buried goodies on the mind.

We knew GTA5-style heists would be in Red Dead 2, but this offers a (slightly) better hint at what their content will entail. Springing for a more expensive Special Edition nets you some extra missions in story mode, including “a Bank Robbery Mission, in which Arthur and a couple of his fellow gang members come up with a daring plan to break in and rob the bank in the southern town of Rhodes. Elsewhere, the Del Lobos Gang has taken over a hacienda – clear this gang’s hideout and rob their stash for a lucrative take.” 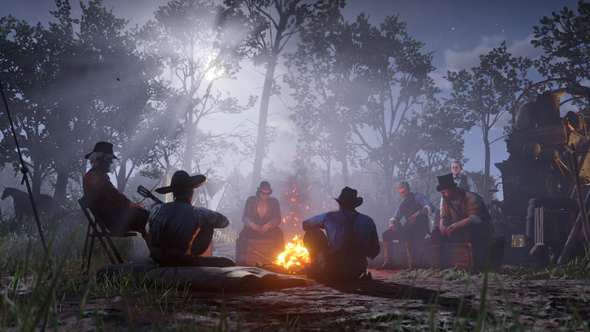 The Special Edition also includes the Eagle Talon Talisman, which improves Arthur’s environmental awareness, and an Iguana Scale to offer reduced damage while on horseback. It’s probably safe to assume that stat-affecting equipment won’t exist purely as a bonus, so expect similar items in the game proper.

There’s also a wide-ranging boost to health, stamina, and Dead Eye, cash bonuses on robbery missions, and discounts to camp upgrades. That naturally means you can expect a camp upgrade system, and as with the equipment I’d imagine the similar boosts to stats exist in-game – at least, I’d hope they’re not around purely for those who want to pay extra. 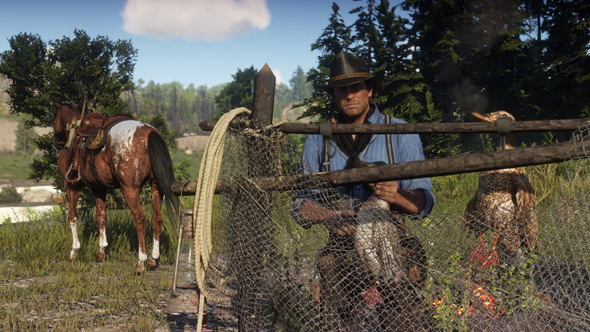 If you really want to pay the price of being a cowboy, you can get the Ultimate Edition, which offers that story content and some online add-ons – our first real confirmation of anything for Red Dead Redemption 2’s multiplayer component. You’ll be able to customize a personal camp with various themes – including a “Survivor theme” if you purchase this most expensive version. You’ll also have a typical ranking system, which will move faster up to rank 25 thanks to the boost provided here.

There’s plenty more to the pre-orders, Special Edition, and Ultimate Edition, but you’re best served checking out the remaining details on your console storefront of choice. I’ll just be over here repeatedly refreshing the Steam upcoming games list in hopes that Rockstar has finally put Red Dead Redemption 2 there.