It’s like a bad dream where you’re taken back to a half-forgotten memory with nothing but your pyjamas. I’m back in the ravaged version of Earth I encountered in the early hours of Remnant: From the Ashes, armed only with the most rudimentary weapons and dressed in my underwear. Crumbling skyscrapers tower above streets choked with the Root, and its woody soldiers are everywhere.

This trip through Remnant’s first area is a bit different second time round. I’m playing the new Survival Mode, which comes packaged with the Swamps of Corsus DLC, due to launch on April 28. The DLC introduces a near-complete overhaul of the Corsus world from the base game, adding new bosses and enemies to pursue in four new dungeons, three new weapons and mods to collect, and a new storyline with new quests to complete.

However, the bit of the DLC that I got to play at PAX East didn’t take me to Corsus’ new infested swamps. It could have, though. Survival Mode is a permadeath run-based game mode that remixes just about everything from the base game by tossing it all into a blender and pouring it out in a completely unpredictable order each time you start a new game.

If you’re unfamiliar with Remnant, the game already features a heavy dose of roguelike procedural generation in each campaign. When you start a new game, Remnant assembles a pathway that includes only a selection of the possible side dungeons and boss fights, meaning you’ll never see everything in a single playthrough. 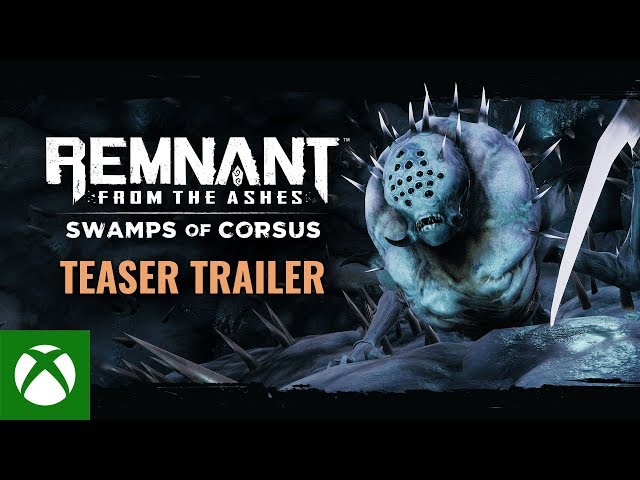 In Survival Mode, however, all bets are off. Rather than heading to the ruined Earth world first, as I did, you might find yourself knee deep in the muck of Corsus, facing brand new enemies you won’t have seen if you haven’t played the new DLC. Everything is on the menu at each point in Survival, and you’ll have to make it through without dying at all. Fortunately, you’re able to collect power-ups and currency, and after each zone you’ll return to the corrupted world crystal in the labyrinth, where you can spend the scrap you collect on armour, weapons, and mods that rotate out each time you visit.

Survival Mode is much more digestible than a full playthrough, but you'll still see a lot of the game

It’s important to spend wisely, since Survival Mode doesn’t offer the same slow exploration of the base game, where you could experiment with builds and grind currency if you needed to tinker with upgrades and loadouts. In Survival, Remnant takes a cue from Risk of Rain, with a countdown timer that amps up the intensity and difficulty each time it runs out. That means you’re constantly barreling forward as quickly as you can, and it makes Survival Mode a very different experience from Remnant’s main campaign, one that goes beyond a mere reshuffling of existing game assets.

You’ll be leveling up too, and the mode comes down to a race to keep up with the constantly increasing world difficulty. And while the environments and enemies you’ll encounter are all drawn from the base game, the process used to create the maps has changed. Rather than the large, sprawling areas you find in Remnant’s campaign, the overworld areas in Survival Mode are more constrained and clearly directional – the focus isn’t on finding your way around, but rather fighting your way through. Overworld areas are shaped more like the game’s corridor dungeons, and it’s always just a matter of heading into unrevealed areas on your minimap to get toward the level’s exit. 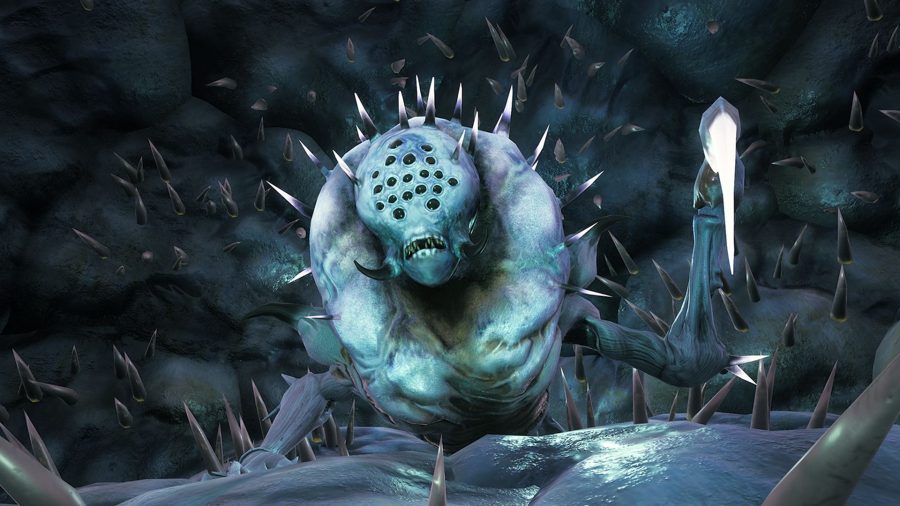 Each time you head out from the hub, you’ll visit a random world, moving through an initial area and into a dungeon, where you’ll fight one of the game’s bosses. Then it’s back to the hub to spend scrap iron to gear up, and back out again. It’s a welcome injection of additional replayability into Remnant – while there was an element of that present already, thanks to the game’s random selection of bosses and dungeons in each campaign, players may have found themselves wondering whether they wanted to start a whole new playthrough to see content they missed on their first time through.

More like this: check out the best Soulslikes on PC

Survival Mode is a much more digestible proposition – you’ll likely get to see a lot of the game without having to commit to an entire campaign. It also leans heavily into Remnant’s highly enjoyable combat. It’s a much simpler system than those found in some action adventure games, but that isn’t much of a drawback thanks to bizarre weapons that can fire black holes or swarms of bees, and mods that add even weirder abilities.

Swamps of Corsus launches April 28 on Steam for $9.99 USD (£7.19), and is set to offer an ideal opportunity to revisit one of last year’s surprise hits.