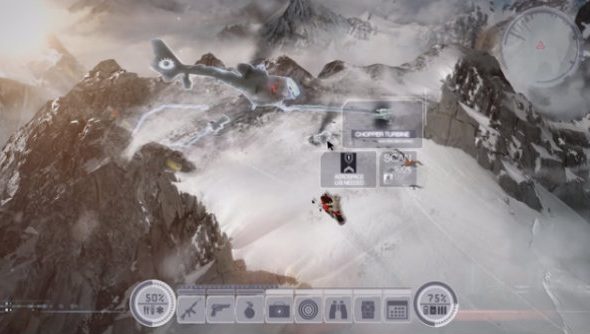 An open-world survival RPG from ex Assassin’s Creed and Far Cry devs, ReROLL was a massively ambitious project for the crowdfunding model. Maybe too ambitious even, since it’s just been cancelled.

Luckily there are lots more games on their way, as our list ofupcoming PC gamesproves.

ReROLL was started two years ago by ex-Ubisoft developers Julien Cuny and Louis-Pierre Pharand. The idea behind the game was to create an actual open world, mapping out Earth in its entirety, one-kilometer at a time, using drones. That alone would surely cost a fortune.

The developers recently emailed backers with the news that the game was cancelled, an email that’s since been posted onReddit(viaEurogamer). In the email, developers Pixyul explained that the team couldn’t raise the funds required to make the game.

“We had high hopes to secure the necessary funds to achieve our final goal,” Pixyul write. “Unfortunately, the money raised with the campaign plus our personal investments were not enough to develop the game on our own. We invested everything in building up the necessary elements to pitch the project to potential partners.”

According to the email, talks were going well with two publishers, with one of them interested in turning it into a triple-A game. The other wasn’t willing to invest the amount of money needed to fulfill the game’s lofty vision.

“After months of discussions, back and forth on every topics imaginable, both stopped the procedures for very different reasons,” continues the email. “One decided to invest and focus on their own properties. The other, after a difficult fiscal year, decided to focus on smaller budget games. We were crushed. Even if all was done properly and within respect. It was a hard blow.”

More heartbreak came later when a verbal agreement ended up falling through. “We never received a contract,” Pixyul explain. “The deal was pulled off the table. Still today we don’t really know why. This one really hurt.

“After being so close on multiple occasions, today, we have to face the fact that this rejection was our last hope to secure the necessary funding to pursue the development and complete the game.”

“We want all of you to know that we gave our best shot and like you, we are extremely disappointed that ReROLL will not become a reality. It sucks. All of this sucks. We know many of you will be disappointed and even pissed. We understand that. We should have been better at communicating our progress. Not to give excuses, but we were caught in the process with potential partners that wished we stayed silent on our progress.”

As compensation, Pixyul are gifting backers copies of Early Access game Bios. “We know that gifting you copies of Bios is not what you initially wanted, but it’s the best we can do,” Pixyul say.