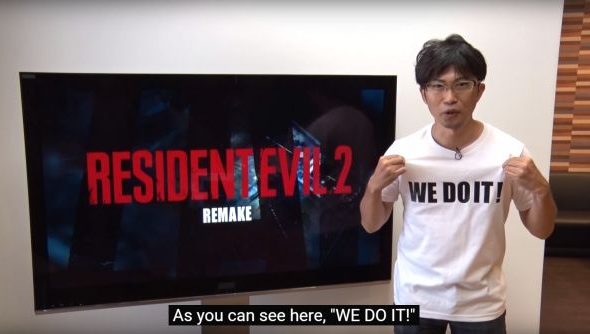 As you can see, they’re doing it. They being Capcom, who’ve just announced they’re remaking Resident Evil 2 in a YouTube message from one of the producers, Yoshiaki Hirabyashi, which you can see below. Unlike the HD editions of Resident Evil 4 and the soon-to-be-released Resident Evil 0, it’s looking to be more in the style of the REmake that came out on Gamecube in 2002 and this year on PC and recent-gen consoles.

Further details are scarce. It’s unknown whether this will maintain the gameplay style of the original game or switch to an over-the-shoulder perspective ala RE4. When Resident Evil was remade much was changed, but core elements like that were kept the same. We’re not even positive it’ll make the jump to mouse and keyboard’s mountain home, but it’s looking likely with Capcom’s past decisions.

Capcom’s other zombie baby in the oven (jeez, one added word gave that a whole new meaning) is Resident Evil 0 HD, which has an “Early 2016” release date pencilled in on Steam. Fraser showed off the first trailer when it was announced earlier this year.