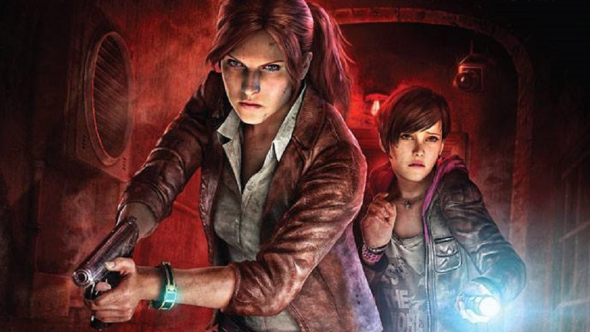 Update June 20, 2017: As it turns out, Claire Redfield isn’t the only Resident Evil character losing her voice actress.

Leon Kennedy’s voice actor Matt Mercer will likely be recast in the Resident Evil 2 remake for the same reasons as Allyson Court’s replacement. Mercer tweeted confirmation of the decision when speaking to a fan. It looks like this may be the beginning of a wave of replacements if Capcom is indeed going non-union with its voice performances.

Original, June 16, 2017:Claire Redfield’s voice actress will not be reprising her role for the Resident Evil 2 remake, she has revealed.

Alyson Court, the Canadian actress who has played Redfield six times, says the game will feature a non-union actress instead.

In recent months, actor’s unions have sought better compensation for performers. The SAG-AFTRA union strike, which began on October 21st last year, is part of that and is still ongoing. Court is a member of the Canadian union ACTRA, whose performers have been refusing struck work in solidarity with US union actors.

In a video uploaded just as E3 kicked off, Court says she was first contacted by the Resident Evil 2 remake’s producer a year and a half ago. Shortly afterwards, her agent was emailed by two different companies competing to work on localisation and motion capture for the project.

Both localisation companies expressed an interest in having Court return to her role as Redfield. But once the contract was won, the winning company informed Court they would no longer need her services.

“I would have done it, because I know you guys wanted me to, and I really appreciate your support,” Court says. “I appreciate the outrage you had towards Capcom and everybody involved. But unfortunately, as far as I know they chose to go non-union with the voice performances.”

In a follow-up video, Court added that, if the decision was made to avoid union restrictions, “it’s petty, it’s disrespectful to me and the other performance artists out there. Everyone deserves a proper wage for what they’re doing.”

A petition has already sprung up in support of Court.

Earlier this week, we reported that Ashly Burch, the actress behind Life is Strange’s Chloe, would not be returning to the role as a result of the SAG-AFTRA voice actor strike.