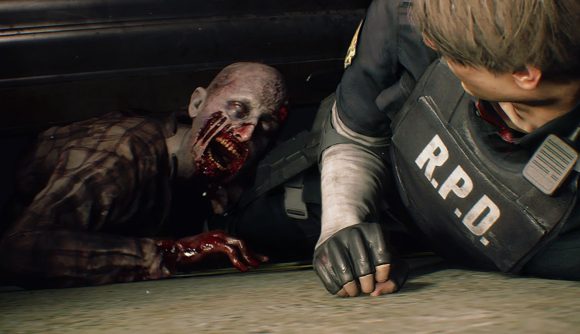 The Resident Evil 2 remake got a demo today, but it’s one that comes with 30 minute time limit. Predictably, the PC version has already been modded to let you go beyond that time limit, but it turns out there’s not much extra to discover even with those limits removed. A new trainer lets players stop the time counter, and take advantage of all the cheating tools you might expect from that type of software.

Given that this is a free demo, it’s tough to call this piracy – but the trainer does come courtesy of a notable crack group, so you’re on your own if you want to track down the program. It appears that you can’t go beyond the bounds of the content intended for the demo, even with the timer disabled. Unless you need to replay the demo a thousand times over heading into the game’s launch, there’s little reason to seek this one out.

With or without the time limit, if you want to play the RE2 demo it’s available now on Steam but it’ll be pulled from digital shelves on January 31 – shortly after the game’s proper release. This slice of the game has you play as everyone’s favourite rookie cop Leon S. Kennedy as he takes his first steps into the zombie-riddled Raccoon City police station.

You can keep playing until your 30 minutes are up, whether you die or complete the main objective in the meantime. If you do finish it, you’ll see a “brand-new cinematic trailer exclusive to demo participants.” While you’ll be locked out of playing once that time limit is up, if you unlocked the trailer you’ll be able to watch it as many times as you want afterward. (Yes, the demo is assuredly already up on YouTube, but just think of the compression artifacts.)

It’s nice to see Capcom providing a demo on PC for one of it’s big titles – I’m looking at you, Devil May Cry 5 – even if it comes with a bizarrely contrived set of limitations on your playtime. But hey, at least it’ll keep you from getting sick of the game’s opening moments before it’s even out.

Read more: Get spooked in the best horror games on PC

We got a look at the later parts of Resident Evil 2, including the Tyrant, pretty recently, and had a long look at the series’ human tragedies. This return to one of the most beloved entries in the core series is looking terrific so far and this demo should be a good taste of what’s to come, time limits and all.