I have this vivid memory of playing Resident Evil 1 and getting lost in the labyrinthine halls of the Spencer mansion. The in-game map did little to help: it didn’t provide room names or give any indication that I was finished exploring any particular area. I resorted to taking notes on graph paper, drawing out by hand the various locks and puzzles that remained unsolved. Where was the lock with the sword carved in it again? I had to consult my homemade map and attempt to decipher my terrible handwriting to find the answer.

Purists will say this is all part of the experience, that Resident Evil was made to force memorisation of its hallways and dark rooms. That may be, but game design has come a long way since 1996, and Capcom has smartly adapted to player expectations since. One noticeable result of this shift is that the map system in the Resident Evil 2 remake comes with a host of features that make exploring the Raccoon Police Department, sewers, and the underground Umbrella laboratory a breeze.

Whereas the original Resident Evil games provided a mostly static map, the RE2 remake map is a living, breathing document. It changes and evolves as you explore each terrifying area, filling in helpful notes and giving you reminders in case an important detail slipped your mind as you frantically tried to escape a Licker. It complements the game, allowing you to focus on banging out headshots on zombies and evading Mr. X, instead of getting lost.

One of my favourite features of the map is how it labels locked doors you encounter. But it doesn’t simply point out a locked door – it tells you what kind of lock it has. Early on in the Raccoon Police Department, you’ll encounter a few doors with a spade emblem, but you won’t get the spade key until you wander up to the third floor. 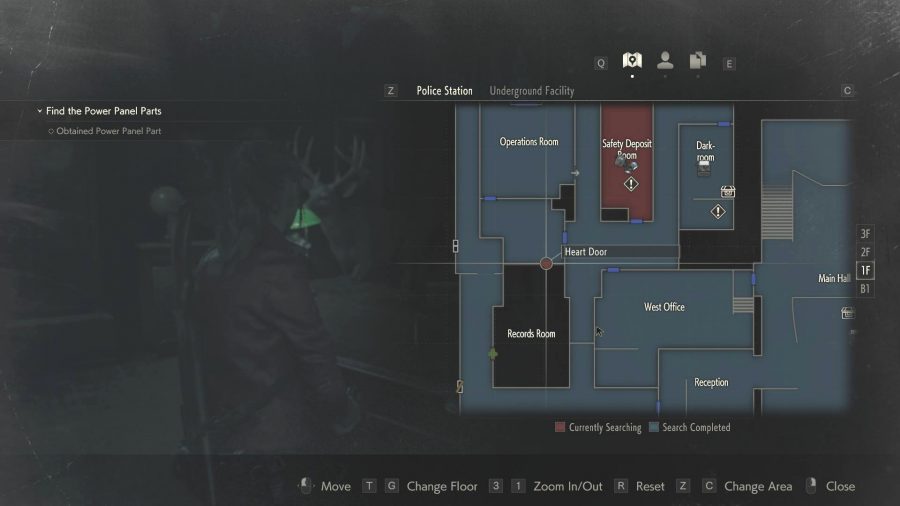 Between the main hall and where the key is found, there are a host of other rooms that you’ll visit – the west office, the armoury, the darkroom, and the second floor locker room. This means by the time you find the spade key you’re likely to have forgotten where exactly it can be used.

I find myself wishing for something similar in other games

Luckily, your good friend the map has your back. As you encountered each locked door, the map made a notation. Now you can see the words “spade door” in the west office, the second floor library, and the second floor waiting room. You know where to go at a glance. But that’s only the case if you explored enough to encounter the locks in the first place. This is a feature I would have loved to have back in 1996 as I blindly wandered through the Spencer mansion, desperately searching for a keyhole that fit the armour key I’d been carrying around.

It doesn’t stop there. Another fantastic function of the map is how it reminds you about items you found in the environment, but didn’t pick up. As inventory space comes at a premium in Resident Evil 2, you have to make some hard decisions about what items to take and what to leave behind. Even if you intend to come back for that gunpowder in the east office, it’s likely you’ll either have forgotten where you left it, or disregard it altogether. But the map won’t let that happen: the game’s notation system brilliantly drops a small icon so you know what you left behind and where you can pick it up. 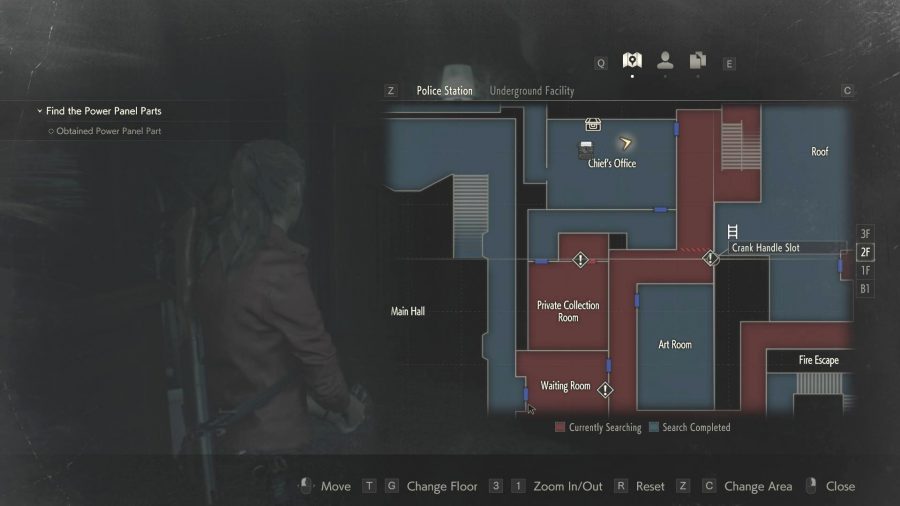 This notation system extends to the environment as well. There are a handful of safes and padlocks scattered around the RPD, but unless you’ve memorised the combinations from previous runs, you’ll have to come back to them. Environmental puzzles are also remembered, like the electronic plug puzzle in the sewers, and the chained doors in the RPD. In addition, rooms that haven’t been fully explored are coloured red on the map, while rooms you’ve cleared of items and collectables are blue.

Not scared? You will be with the best horror games on PC

For all the innovation introduced to games over the past couple of decades, mapping systems have largely stayed the same. There are a few notable exceptions – Metroid Prime and The Witcher III come to mind – but few have earned the right to be recognised for the attention and thoughtfulness that Capcom has given Resident Evil 2’s smart map. It’s so good that I find myself wishing for something similar in other games.

Hopefully, other studios have been taking notes, as the map is exemplary of how Capcom so brilliantly combined modern design sensibilities with old-school survival horror, raising the standard of videogame remakes.