After stumbling through the gloomier parts of the Spencer Mansion courtyard, past the crooked trees that haunt the dark and muddy paths, you arrive at a ramshackle wooden cabin. Inside is a typewriter and an item box, both familiar symbols of safety, but this is no sanctuary. The sweetly haunting keys of the safe room theme are absent.

You’re right to be cautious at this point as the cabin is anything but safe. The obstacle that Resident Evil HD Remaster throws at you here – another malformed, nigh-invincible monstrosity in a series teeming with them – is nothing remarkable at face value. It’s a shambling mess of clanking shackles and tentacles in a Leatherface mask; a checklist of series mainstays and horror homage. It’s only later on, once you’re able to put a name to this collector of faces, that the tragedy of the encounter surfaces.

The Resident Evil brand is horror, action, and high camp. It’s mad science and multi-layered conspiracies. The architects of its landmarks expect you to collect three busts of Greek goddesses before breakfast just to operate the toaster. Everyone speaks in goofy one liners and every laboratory, police station, and public toilet seems to have a built-in self-destruct mechanism with a ten minute timer. It’s barmy and I wouldn’t have it any other way.

But there’s a core grief underpinning all the awkward lines and acid round beatdowns. In each scribbled suicide note, confession of a decaying self, and record of a virus-stricken test subject’s final hours, there nestles the horrific realisation that every zombie you barge past or gun down, every abomination you defeat, represents a human life tragically cut short. In most cases, it’s the life of someone fully aware not only of horrors that awaited them, but of the horrors they were sure to inflict on their loved ones once their gruesome transformation was complete. 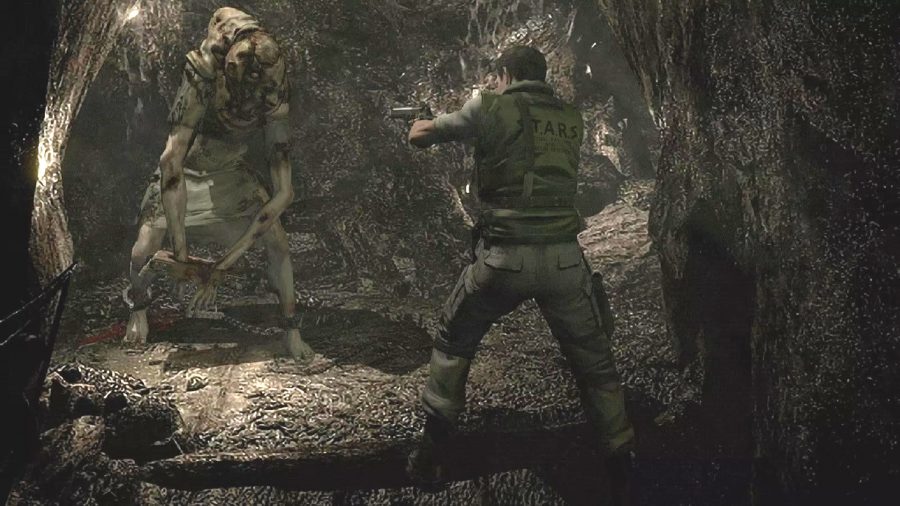 The name of the creature you encounter in the cabin is Lisa Trevor. She came to the Spencer Mansion when she was 14 years old and spent the following three decades of her life there, tortured beyond belief, her body and mind deformed as a result. Lisa’s story is heart wrenching.

Read more: Scare yourself with the best horror games on PC

The daughter of Spencer Mansion architect George Trevor, both she and her mother were held captive in the mansion’s underground laboratory and used as test subjects for the Progenitor Virus. After a failed escape attempt results in the death of her mother, Lisa is further tormented by scientists dressed as her mother as part of the experiments. You can find the following note in Resident Evil HD Remaster:

“I found Mom. We ate together. I was very happy.

But she was a fake. Not my real Mom. Same face but different inside.

Have to find Mom. Have to give face back to mother.

I got Mom’s face back.

Nobody can have my Mom except me. I attach her face to me so she doesn’t go away.

Because Mom sad when I meet her without her face.”

The last part of the note is as follows: 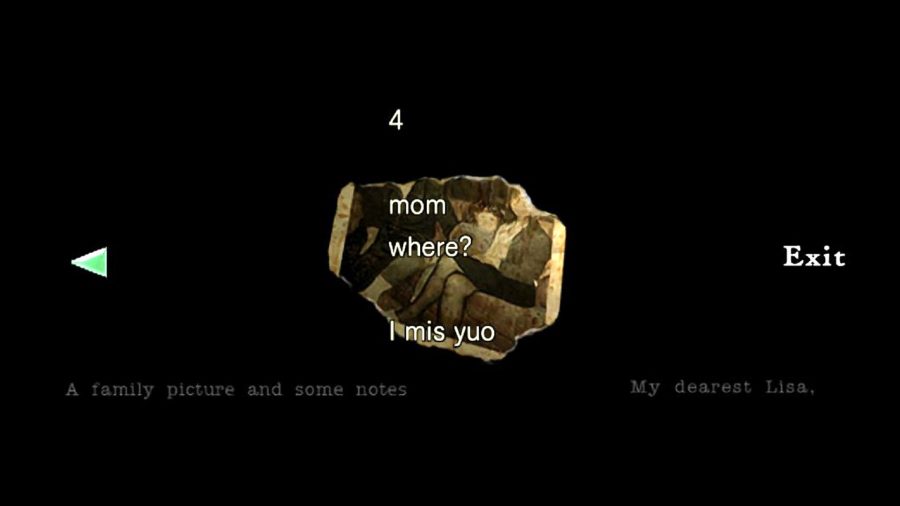 It’s Lisa’s yearning to be reunited with her mother, staying with her long after any outwardly recognisable signs of humanity have rotted from her body, that makes her shambling, feral appearance so bitterly tragic. But the devastation she brings doesn’t endure. That you can be electrocuting giant sharks an hour later is what makes Resident Evil’s tone singular.

X Gon Give it to ya

This marriage of high camp and subtle tragedy contributes to a sense of delirium throughout Resident Evil HD Remaster. There’s a sense that the game is daring you to take it seriously. This first happens when Lisa’s terrible past reveals itself, as it recontextualizes the outlandish goof that the game throws at you before this moment. The nightmare now has an emotional core; an undeniably human undercurrent that paints the rest of its eccentricities as a cruel, senseless mocking of sanity. It’s the ghost train breakdown that forces you to stare into the eyes of the cardboard spectres while you wait for the ride to get moving again.

The sombre side of Resident Evil took a backseat for a while but the most recent games brought it back and gave it extra teeth. After Lisa Trevor, perhaps the series’s most heart-wrenching tale is that of Resident Evil 7’s Baker family. Our initial expectations of them are coloured by their similarities to a well-worn trope – look to any number of hillbilly families in horror, especially The Texas Chain Saw Massacre, The Hills Have Eyes, and The House of a Thousand Corpses. This expectation forms the rotten rug that’s pulled out from underneath us later in the game, with the reveal that it was an act of kindness, not innate cruelty, that caused this Louisiana family to inhabit the psychotic archetype. 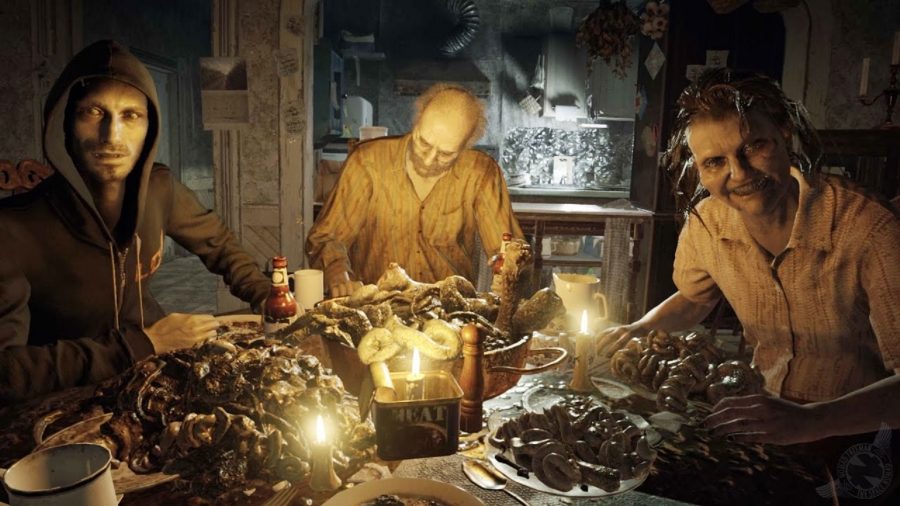 Resident Evil 7 conveys a tremendous sadness even before the reveal that the Bakers’ kindness toward an orphan in a storm caused their downfall. The game uses the language of suffocating domestic abuse and entrapment to create an atmosphere of oppressive horror. Once you know the full story, lines like Jack’s “Welcome to the family, son” and Marguerite’s “We love you… why can’t you see that?” take on new meaning. Pained expressions of a subconscious longing for a return to family as it once was.

The Resident Evil 2 remake is Capcom’s latest exploration of the underlying human tragedy that trembles beneath its horror series. The sequel leaves the confines of the Spencer Mansion and enters the chaotic streets of Raccoon City.

No longer are the zombies unidentifiable drones, as, instead, the clothing that hangs off them immediately recalls everyday city life before the disaster. A diner lies impaled on a chair over breakfast croissants. A crashed bus is strewn with dead commuters. Police officers in recognisable blue uniform raise their arms and lunge at the living. Even more so than the first game, Resident Evil 2 goes the extra mile to remind you that each monster was once human – a victim of their own living nightmare.

Related: How realistic is Resident Evil 2 remake? We asked a cop…

Where the Resident Evil 2 remake excels is how it keeps its horror grounded by focusing on a “twisted perversion of humanity.” The game does well to pay as much attention to the victims of the virus as those who hope to profit from it, making it a well-rounded, affecting piece of horror fiction.