Your heart races as you carefully make your way down the long, dark corridor. The floor is wet with water – no, it’s the aftermath of some sort of maiming… blood. Looking up, you see it drawn in harsh lines across the halls. Your breathing picks up as you hold your pistol tight to your chest, knowing that something stalks the only light source around – your flashlight. You’re not alone inside Resident Evil 2‘s Raccoon City Police Department. And you’re definitely not safe.

Tension is Resident Evil’s strong point – realised in those moments spent trembling through a corridor, not knowing what’s ahead. Capcom has become a master of creating these kinds of scenes, capable of making players flinch at a shadow, sending shivers down spines with the sound of old wood creaking alone. The Resident Evil games are practically bursting with suspense and a lot of it is due to the team taking cues from cinema.

In previous interviews, the team at Capcom has stated that the original games were heavily influenced by George Romero movies, like Night of the Living Dead. This much is obvious if you’re familiar: a group of people get stuck in a house as zombies try to claw their way in from the outside. Since then, Capcom has only taken more concepts from filmmaking – cinematography, lighting, and blocking – and modified them to fit its own brand of horror.

Filmmakers are perfectly armed to recognise the cinematic language from which the Resident Evil games are created. But Sandy King, prolific horror film producer and partner of director John Carpenter, notes that there’s a major difference between how horror movies and games deliver scares: interactivity. Getting embedded in an atmosphere is so much easier in a game because you envision yourself as the main character – and so you’re the one getting scared. 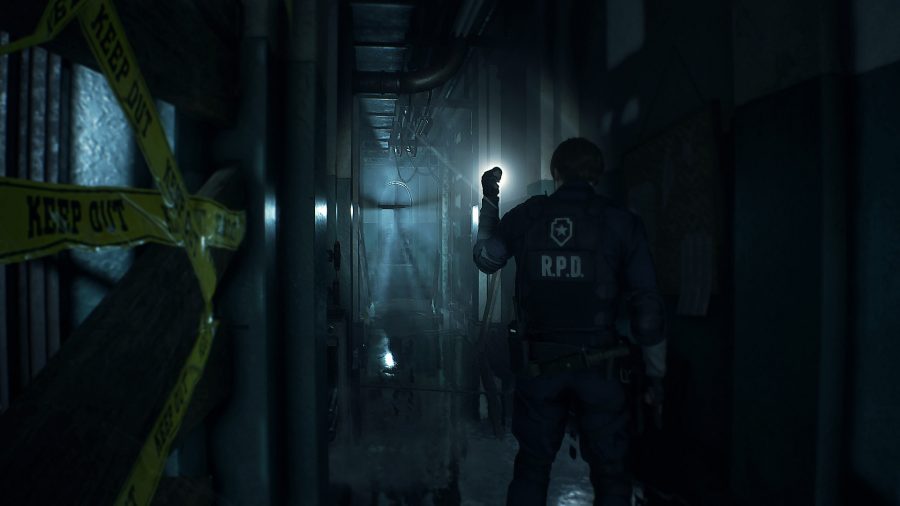 Story is still important in games like Resident Evil, obviously, but the player experience comes first. You can spend time examining why Raccoon City went to hell, but it doesn’t factor into the scare of the moment. “I think it was Ebert that famously said film isn’t what its about, it’s about how its displayed,” independent horror filmmaker Eric Thirteen tells me. “Horror, at the surface, is more about how you present things more than any other drama.”

In the original Resident Evil 2, static cameras gave a single, specific view of each scene – just as films often do. But the remake swaps that for an over-the-shoulder camera, meaning that it wasn’t the camera angle so much as Capcom’s use of 3D space, as well as light and dark, that set up the game’s frights. Walking down a long hallway is akin to a long take in a film that builds up suspense over an extended period of time. It’s a deliberate choice to keep the audience or player inside a single moment instead of quickly cutting away and breaking the tension.

Similarly, there are times in the remake when you have to enter a pitch black room, not knowing what hides inside. It can only be illuminated by flashlight, cutting the space into angular shapes, which follows the rules of chiaroscuro to build up a sense of sudden drama. 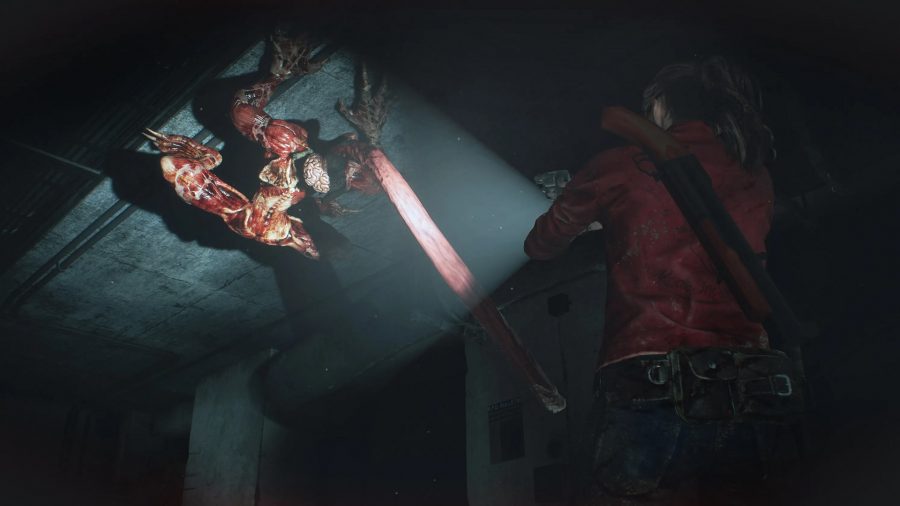 “One of the great things about horror is the element of surprise, literally and figuratively,” King says. Here, she doesn’t just refer to jump scares, but more largely speaks about how Capcom changed some of Resident Evil 2’s most iconic moments in the remake. “Players want the monster to win; they don’t want to see it coming. Our job is to do the unexpected to you. Our job is to set up rules and then use them to subvert expectations.”

Resident Evil isn't going to be the first game you think of when it comes to realism. But its outbreak is based in science and it takes place in what seems to be a previously functional city. So how realistic is it? We asked a paramedic and a cop.

Certain moments, such as when you first encounter the wall-crawling lickers, are different in the 2019 game. Even the most hardcore fans of the original will be caught out by this, meaning they not only get to revisit the story and settings they love, but to experience it with all the shock they had the first time they played.. “You always want to overdeliver, like Capcom did here,” King adds. “You always want to top what they think you’re going to do.”

You can’t achieve that by simply upping the number of scares. King looks to how Capcom manages to add further stress to certain parts of the Resident Evil 2 remake by adding puzzles. “Resident Evil’s puzzles, the problem solving, make you invested,” King says. “It causes frustration when you’re under the stress of something coming for you. Getting through that draws you in, versus buying into the characters in a movie.”

Resident Evil 2’s puzzles are embedded in the environment and where they can help to set the stage for more suspense and scary moments. “They’re not like the water puzzles in BioShock, where you’re safe on another screen,” Thirteen says. “There’s usually something in the room trying to kill you.” 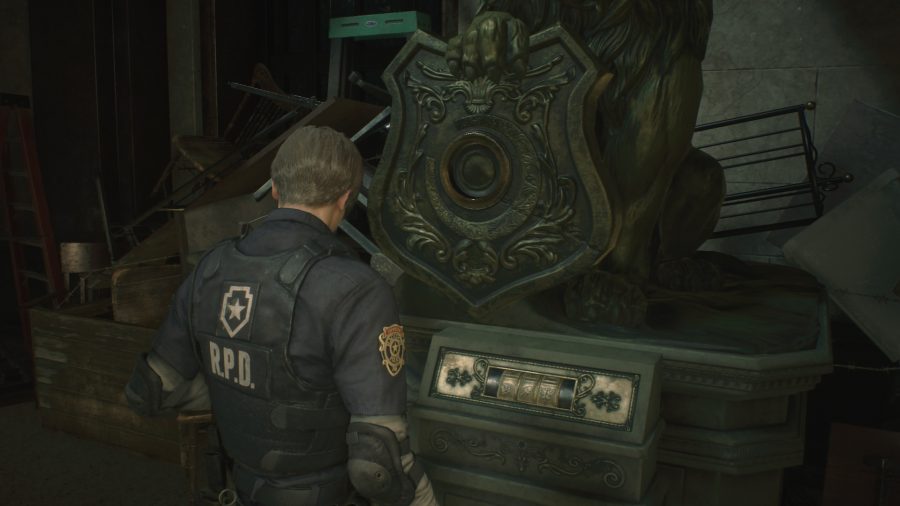 Capcom is still the premiere developer tackling horror games today, but it’s far from the only one using film techniques, and in fact there are smaller studios that are experimenting with them further.

Games like Paratopic and Devotion are experiences that take advantage of the confusion available when using jump cuts and the uncertainty that the film grain aesthetic gives a game. By doing this, they don’t even need to put you in danger of dying – it can be a purely psychological attack.

Spooked? Keep it going with the best horror games on PC

Thirteen would like to see Capcom taking “bigger risks” with the next Resident Evil game, just like it did with Resident Evil 7. With that game, not only did Capcom move the series into first-person, it made use of found-footage sequences that captured the fear of The Blair Witch Project and the many films it’s inspired.

Hopefully, the next Resident Evil will do something similar, especially as it not only has competition from other horror games, but also the recent push towards interactive experiences such as Netflix’s Black Mirror: Bandersnatch and whatever YouTube’s choose-your-own-adventure stories end up being.