Just like it’s blocky, pixelated predecessor, the Resident Evil 2 Remake has safe combinations to uncover, promising important character and weapon buffs for any player dedicated enough to route around in the spooky, dank depths of the sewers or Raccoon Police Station.

While none of these items are essential to completing Resident Evil 2 Remake you’ll definitely find the experience a lot less punishing with the weapon mods hidden away in these safes. So, if you want to make every round count and be in the best position before each new zombie encounter your best bet is to open each and every safe in the game.

Most of the Resident Evil 2 safe combinations can be found in areas far away from the container they actually open, so to avoid backtracking you can simply use this guide and pop open the door as soon as you find a new safe. We’ll also include quick walkthrough on how you actually enter the safe codes, as it’s not particularly clear when you first go to use the interface.

Aside from the in-game rewards for opening these, there are also achievements to unlock for breaking into all of the game’s various containers, so keep reading if you’re a completionist. 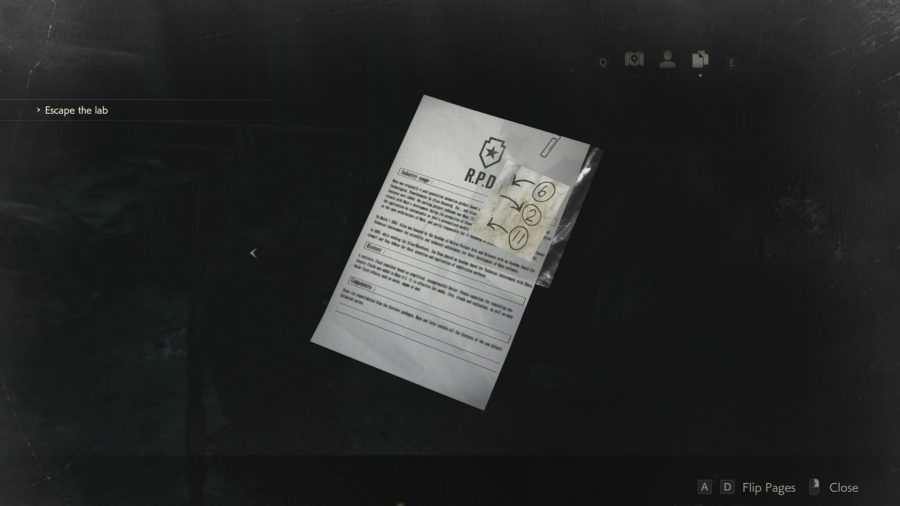 Here are all the Resident Evil 2 Remake safe combinations, in order of appearance.

The first safe you’ll come across is in the West Office of the Raccoon Police Station. The combination is left 9, right 15, left 7 and is discovered in the S.T.A.R.S. office. Open this up as either Leon or Claire and you’ll gain a Hip Pouch, which is handy for lugging around herbs and ammo.

The next safe is in the East Wing Waiting Room in on the first floor, tucked behind a counter. The combination can be tracked down in the first floor Observation Room and if you’re playing as Claire you’ll get a high capacity magazine, while Leon will find a muzzle brake for Matilda.

Finally, there’s the safe in the Treatment Pool Room, the combination for which is carved onto the safe itself. This will give Claire the reinforced frame weapon mod and Leon a stock for his shotgun.

As for putting in the codes? To input the combination properly you’ll need to turn the dial in direction provided, stopping at the number in the instruction instead of counting that many around the dial. For example, if the direction is right 9, simply turn the dial to the right until you hit the number nine, and if the next digit is 15 you just need to go backwards until you land on the number 15, not count 15 places in the opposite direction.

Your weapons should now be nicely kitted out with attachments to make slaying undead even easier. The high-capacity magazines are pretty much essential when it comes to boss fights, so whatever you do, don’t ignore the West Office safe.