Following the success of its Resident Evil 2 and Resident Evil 3 remakes, and news that a Resident Evil 4 remake is also on the way, I think it’s about time Capcom resurrected another videogame series from its survival horror library: Dino Crisis. If it were possible to buy, download, and play it today then you could make an argument for it being one of the best horror games on PC, and it’s a terrible shame that Capcom has seemingly left the series to go extinct.

Admittedly, it wasn’t so long ago when the meatheaded lows of games like Resident Evil 6 and Dead Space 3 all but killed the genre. But PT and Alien: Isolation provided a spark of inspiration back in 2014, which was fanned by the likes of Resident Evil 7, The Evil Within 2, and Prey. Now survival horror games are as popular as they’ve ever been. Just imagine how big they’d be now if Silent Hills had actually been released.

It’s not a question of whether or not Capcom can remake Dino Crisis – the recent Resident Evil remakes provide both the perfect template and technical foundation for such a project – so let’s make the case for why it should. What if Capcom gave Dino Crisis a Resident Evil-like remake?

If you’ve seen the Jurassic Park or Jurassic World films – or played some of the best dinosaur games on PC – you’ll have a pretty robust understanding of how violent and scary these oversized lizards can be. While zombies are the most common enemy you’ll face in the Resident Evil games, Dino Crisis swaps out the hordes of shambling undead for deadly velociraptors. 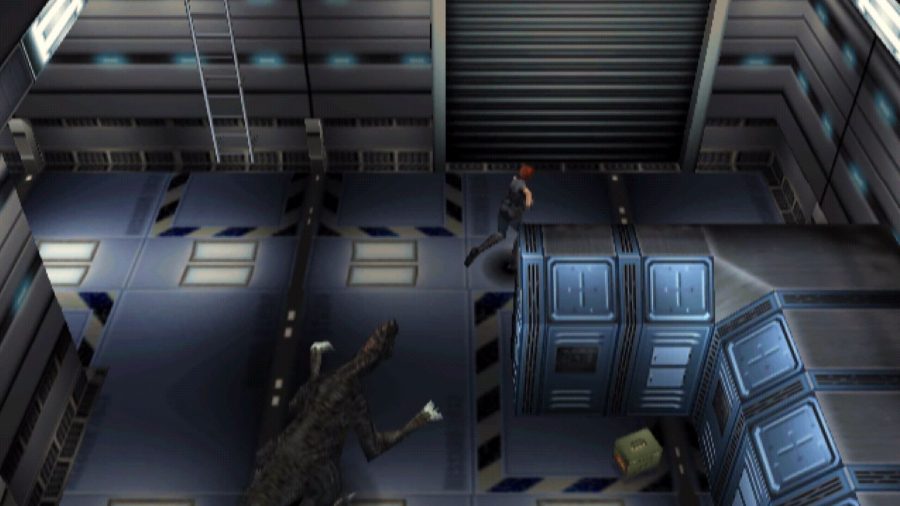 These guys are cold-blooded killers, literally. Their speed and strength make them a versatile enemy, pushing the player to make life or death decisions far quicker than the lumbering living dead. They’re also smarter than zombies, which the original Dino Crisis reflects by having its velociraptors chase you across rooms and even disarm you with a tail whip, forcing a desperate scramble to recover your gun.

Raptors offer a very different type of horror. They’re ambushers, with a mighty leap, sharp claws, and cold eyes that reawaken a deep, primal fear – they remind us that humans weren’t always top of the food chain.

Just as the Resident Evil 2 remake utilised the innumerable advances in graphical fidelity, animation, and sound design made since the original game’s release to make its undead enemies the true stars of the game, a Dino Crisis remake could finally make its velociraptors equal parts memorable and terrifying. 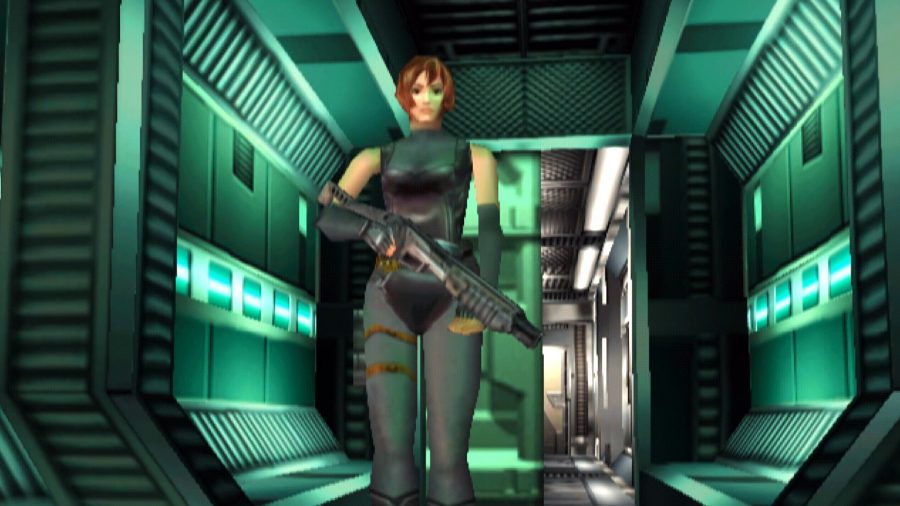 As scary as raptors are, unfortunately, they’re more or less the only enemy you face in Dino Crisis, save for boss fights against a T-Rex and Pteranodon. A Dino Crisis remake could follow in the footsteps of the Resident Evil 2 remake by remixing enemy placements, behaviours, and even employing a wider variety of dinosaur species for more diverse encounters.

Herbivores might act as a reprieve from the onslaught of meat-eaters, provided you keep a safe distance – being clobbered by an Ankylosaurus or skewered by a Triceratops is no way to go. Sinornithosaurs could pack a venomous bite, dealing damage over time that you can only stop with specific healing items. Giant snakes like the Titanoboa pose a fresh challenge, striking with long-range lunges or even constricting around you and forcing you to use your combat knife to escape. Microraptors could emulate Resident Evil 2’s Lickers, stalking you from walls and ceilings before swooping down to attack. And let’s not forget the terrifying bird-sized insects of the Permian era. 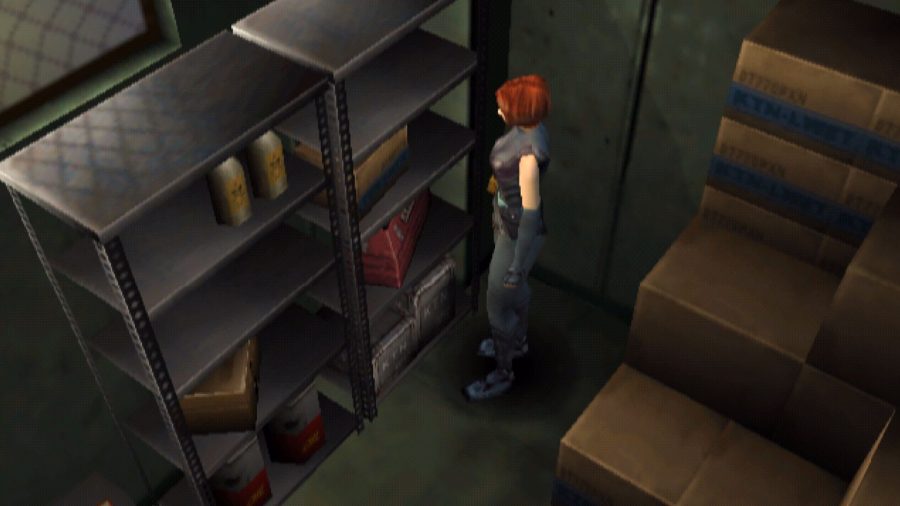 A remake is also a great opportunity to address the game’s repetitive environments, which don’t evolve much beyond a green-grey complex of labs and offices that’s being swallowed by the jungle. Dino Crisis was originally meant to have a jungle setting, but couldn’t due to the hardware limitations of the PS1. A Dino Crisis remake could significantly expand the game’s scope, letting you explore more of Ibis Island.

New environments like a jungle, volcano, and coastal areas also provide more variety and gameplay potential, with the latter allowing marine reptiles like Mosasaurs to make an appearance. If there’s a lesson that Capcom should learn from its Resident Evil 3 remake, however, it’s that less isn’t always more, so if it’s going to add new locations, they shouldn’t come at the expense of iconic levels from the original.

As with most survival horror games of the era, Dino Crisis uses fixed camera angles that change as you move through its environments. The benefit of this is that developers can carefully choreograph each scare. It’s nerve-racking to enter a room for the first time, hear the shriek of a velociraptor, and have no idea how close you are to being its dinner. 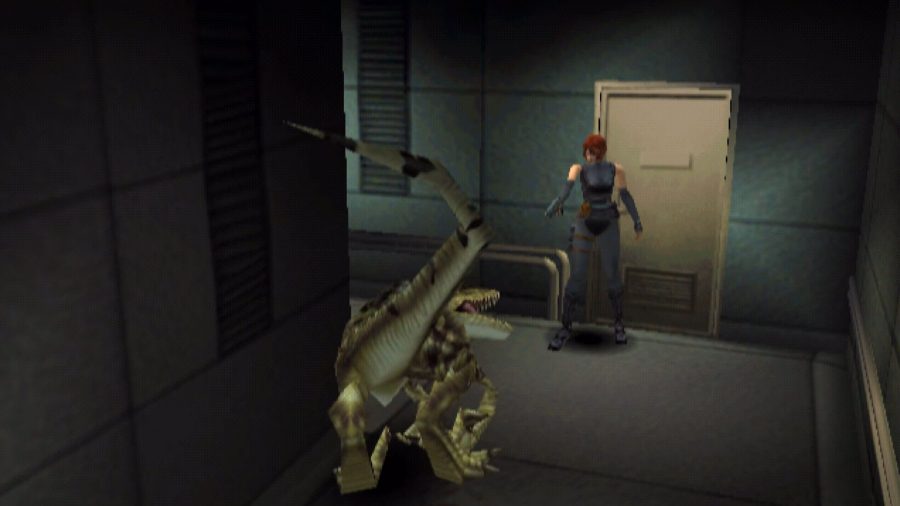 However, while it’s effective, tank controls and fixed perspective horror are both painful to play through nowadays. There’s ample evidence in Capcom’s Resident Evil 2 and 3 remakes that a fixed perspective isn’t the only way to deliver good scares – a Dino Crisis remake would certainly benefit from a modern, over-the-shoulder perspective.

Admittedly, it’s hard to see Capcom looking back to Dino Crisis given how much success it’s enjoying with Resident Evil, but I’d settle to see Dino Crisis come back from the brink of extinction on a platform like GOG. The only way to legally play the game is to buy a physical copy, and they aren’t cheap. As I’ve said in a previous article about The Lord of the Rings: The Battle for Middle-earth: “It’s pretty hard to lobby for a sequel to a series that almost nobody can play”. This is a cult classic for a reason, one that deserves to be reimagined for modern audiences. Fans are still working on mods for the first game, so it’s not been completely forgotten. Go on Capcom, spare no expense.