There’s a very powerful reward waiting inside the drugstore owner’s safe, the very first safe you come across in Resident Evil 3. So learning how to get into it should be pretty high on your to-do list before progressing any further in the main story.

In case you’re not completely sure which safe we’re talking about. There’s an attic room that connects two of the open street areas. You’ll spot a dead body, a bunch of paintings, and a, er, not so dead body here in addition to the safe.

Close to the safe is a note from the drugstore owner that says nobody else knows the safe combination, not even his wife, “It’s a secret between me and my beautiful Aqua Cure queen… and she’d never give it up for a thief!” Later on you’ll encounter the pharmacy itself – it’s on the same street as the Subway Office – head inside and one the back wall you should spot a massive poster of the Aqua Cure queen herself. On the bottom right is a number code with highlighted digits and arrows telling you which direction you need to turn each one in.

Here’s how to open the Aqua Cure queen safe in Resident Evil 3: 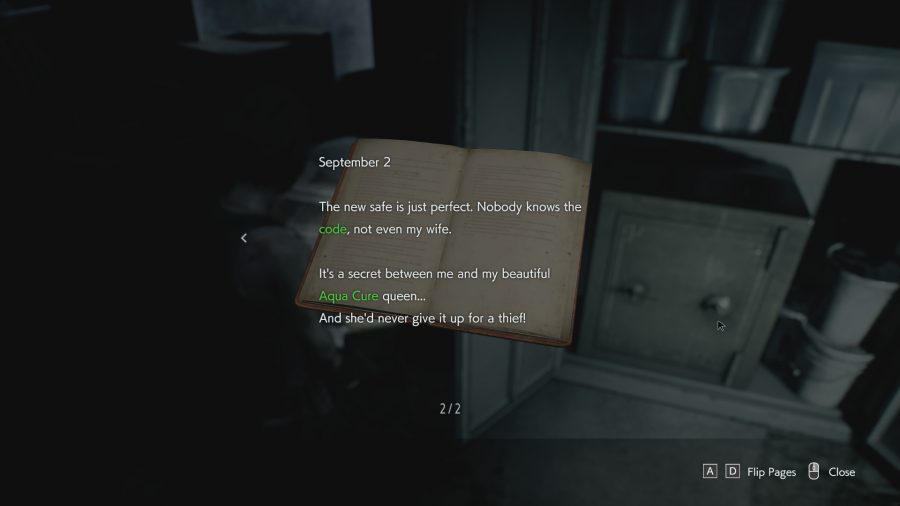 When the safe opens up you’ll be treated to the red dot sight for the pistol, which will close your crosshairs much faster after aiming down sight.

This makes dealing with zombies while on the move a lot easier and is one of the best upgrades you can acquire in the game.