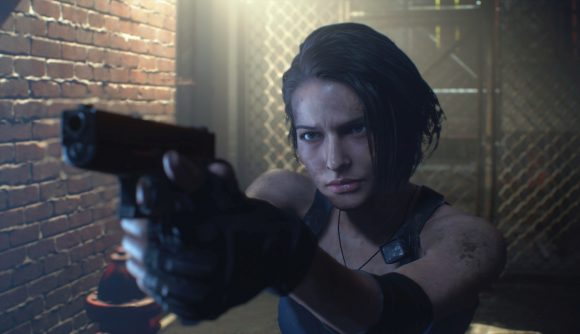 The Resident Evil 3 remake reviews are in, and they’re all over the place. Early critical assessment of the game has been focused on the single-player half, but there’s a whole multiplayer component called Resistance. A beta was supposed to go live over the weekend to give you an early look, but last-minute tech issues delayed the trial period on PlayStation 4 and Steam.

But now the RE Resistance open beta is finally live on all platforms. You can download the PC version via Steam, and play for free until April 3 at midnight PDT / 3:00 EDT / 8:00 BST, right as the full game starts going live.

Resistance is an asynchronous multiplayer mode where one player takes on the roll of Mastermind, setting traps and monsters for a team of four survivors to deal with. Where Resident Evil 2 had a gently branching campaign with multiple protagonists, RE3 aims to fill out its content with a larger multiplayer offering.

The Resident Evil 3 remake demo hit Steam on March 19, and it’s already getting some serious mod attention – including one mod that turns every enemy into Nemesis, and another that turns Jill into Isabelle. Yes, from Animal Crossing.

There’s a big list of horror games and multiplayer games to keep you occupied, regardless of how RE3 and Resistance pan out.