The Resident Evil 2 remake is just days away, but we at PCGamesN can’t endure the tension any longer. That’s why we’ve been playing Resident Evil 4, and you can join us once again this afternoon as we livestream Leon Kennedy’s second horror adventure.

Of the many Resident Evil games, we’ve chosen to stream Resi 4 for a couple of reasons. Number one: it stars Leon, one of Resi 2’s lead characters, and everyone’s favourite floppy-haired zombie slayer. He may be just a rookie cop in Resident Evil 2, but in 4 he’s a slick operator handling the rescue of the President’s daughter from a sinister cult.

Our second reason for revisiting Resi 4 though is the gameplay ties to the new Resident Evil 2 remake. This was the first Resi to offer a third-person, over-the-shoulder camera with free aiming, rather than the locked camera and tank controls. While Resi 2 originally featured that classic design, the remake will reimagine it with a system similar to Resi 4’s. And so we’re revisiting that system today, which we’re sure won’t feel ancient at all…

If you want to join Caroline and Griff as they continue their journey into horror-filled mystery, join us for our Resident Evil 4 livestream at 3:45pm. You can watch at twitch.tv/pcgamesn, over on Facebook, or in the window above. 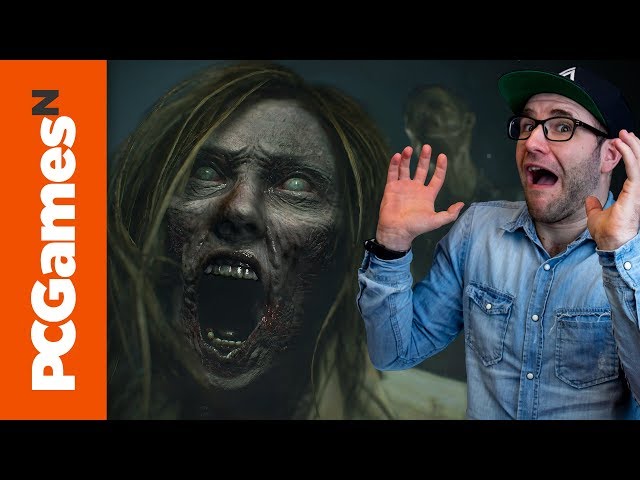 And if you want to know if Resident Evil 2 is actually any good, check out our review of the remake in the video above. Make sure you’ve got a bucket nearby, though; it’s a pretty grisly ride.