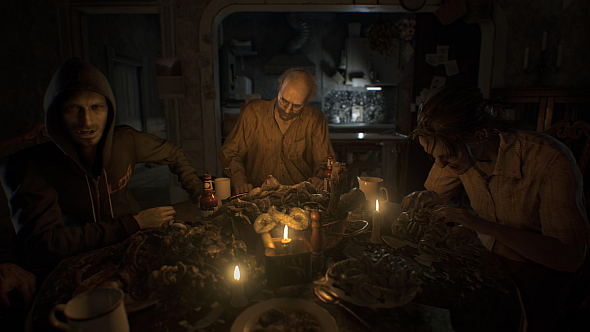 Revenues and profits are both up at Capcom even though none of their key games met their sales targets. How can that be? Read on.

If you’re one of the millions who loved Resi 7, you’ll love the best zombie games on PC.

As Capcom report their financial results for the 2016-17 fiscal year, the underperformance of their games stands out. The big one, Resident Evil 7, sold 3.5 million – Capcom describe this as “overall solid”, but that’s a bit bullish of them (they’re a public company with shareholders to please, after all).

Capcom were hoping for Resi 7 to sell at least 4 million before the end of the fiscal year, and though it’s now officially profitable having recouped its development costs in February, it has missed that target. It’s a similar story for 3DS title Monster Hunter XX, which sold 1.7 million despite expectations of 2 million, yet Capcom describe its sales as “a promising start”.

When word of Resi 7’s sales first broke, comparisons were inevitably drawn to its two immediate predecessors. As one glance at the top two entries onCapcom’s ‘platinum titles’ listwill tell you, Resi 5 sold more than twice, and Resi 6 nearly twice, what Resi 7 did. Tellingly, Capcom mention that “current-generation console ports of Resident Evil titles from our back catalogue… performed well”.

The news is worse elsewhere – in Capcom’s words, Dead Rising 4 “underperformed”, failing to sell even a million copies against a target of 2 million.

So Capcom are doing well thanks to slot machines and ports of classic Resi titles. Make of that what you will. Here’stheir press release.