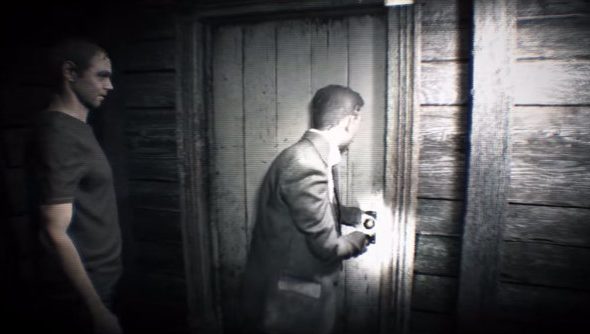 While seemingly both games would have been in direct competition, Resident Evil 7’s producer says it’s unfortunate that Silent Hills was cancelled.

Resident Evil 7 was revealed during E3 2016 and it shows the franchise reborn through a first-person perspective, capturing the essence of more contemporary horror games and fusing them together with traditional survival horror.

You’d be forgiven for thinking it was inspired by the success of Silent Hills’ playable teaser, PT, and the following outcry when that game, a collaboration between Hideo Kojima andGuillermo del Toro, was cancelled. Apparently not, though, as Resident Evil 7 was being worked on before PT was even announced.

In an interview with Gamespot, Resident Evil 7 producerMasachika Kawata spoke about the game’s similarities. “We were actually creating Resident Evil 7 before PT was announced,” Kawata says, “so when they announced it, it was kind of like, ”Oh, they’re doing first-person too?’

“However, now that we’ve come this far, we can see that the content of this game is completely different from what the content or the direction that [PT] was moving in. So we just wanted to make a point of that: that they’re both in the horror genre, but what you’ll actually see at the end of the day is completely new.”

At another point in the interview Kawata explains how Capcom would like people to go into Resident Evil 7 thinking of itas something new: “I really want, when people play the game, to put aside the storyline and elements they know from the previous Resident Evil games and approach this anew.”

Despite this, there will still be some ties, with the signature herbs cited as an example. While the PlayStation 4 demo doesn’t feature combat, that will also play a part in the full game, with both gunplay and melee combat. Going back to the series’ survival horror roots, sometimes running away will be a better option, however, due to the limited items.

While we don’t know what form Silent Hills would have taken, PT was more of a ghost train than a survival horror game, so there are definitely some differences there.

“I’d just like to add that I, of course, played PT, and I thought it was an excellent demonstration or excellent game, if you want to call it that,” says Kawata. “I also know from hearing on the backside of the industry in Japan that the staff who worked on it had to work very hard to achieve what they did. I think it looked really great, and it had so much promise, and I was unfortunately very disappointed that it didn’t come to fruition. That was too bad that that happened; I’d just like to share the fact that I really loved it.”

Read the full interview over at Gamespot.