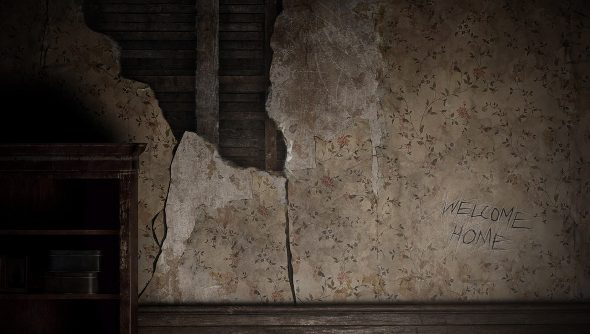 Resident Evil 7’s demo – only available on PS4 currently, but as an insight into the PC game we’ll eventually get it’s too tantalising to ignore  – is like nothing I’ve played in the series so far. It’s not just a zombie shuffle in a different direction, it’s a big jump, much greater than even the change between Resident Evil 4 and 5, which saw Capcom put a much greater focus on action.

Want to know more? Here’s everything we know about Resident Evil 7: Biohazard.

There’s none of that action in this short but surprisingly open showcase. No punching zombies. No bulging muscles. Not even a single gun, or a zombie to aim it at. Whatever you expected, this probably isn’t it. 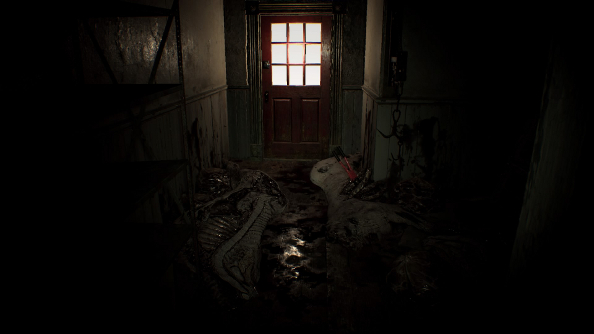 You wake up, bound to a chair, hands tied, room dark. Someone frees you, but you pass out again. When you open your eyes, this time you’re on the filthy floor. Welcome to your horrible, but temporary, prison.

There’s little exposition and only a single objective: escape. And with that goal given, you’re free to roam the dilapidated farmhouse at your leisure. It’s an awful place, and not just because of the terrible decor and peeling wallpaper. It’s a dark, dirty ruin, full of creaky floorboards, rotting food, and horrible noises.

Scraping and clanging, snarling and shuffling – where’s it coming from? I found myself torn between my primal drive to flee, to find the key and run out the door to freedom, and my videogame instinct to explore every nook and cranny. 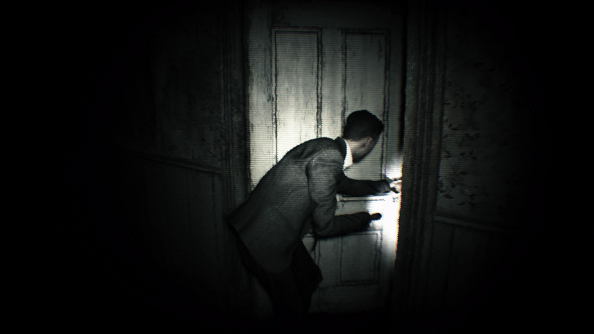 From a first-person perspective, I moved from room to room, slowly, and not because I couldn’t move faster, but because of this overwhelming fear that if I made too much noise, whatever trapped me inside would find me. I was more cautious than the game really needed me to be, even crouching and quickly looking through doorways before entering a new room.

Its influences appear to be myriad, and none of them seem to be previous Resident Evil games, aside from perhaps the original. They’re both set in creepy houses, after all. Texas Chainsaw Massacre is an obvious inspiration, but also The Blair Witch Project and other early found footage films. There are hints of Amnesia, Outlast and, of course, P.T.(Hideo Kojima’s playable teaser for the tragically canned Silent Hills) too. There’s the unfamiliar as well, however.

In the corner of the first room is a TV, belting out white noise, with a VCR on top. There’s no tape in the room, but it can be found elsewhere in the house, and it’s the source of the demo’s most inventive moments. It’s the solution to the first mystery: who are you? And why are you in this house? 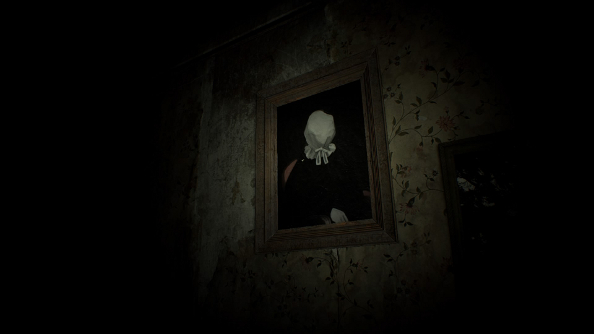 Turns out that it’s all part of a terrible haunted house reality TV show, and you’re the cameraman. The big surprise, and it took me a fair few seconds to realise this, is that you have complete control in the recording. You can follow the show’s host and its producer as they explore the house – which leads to the end of the video and your incarceration. Or you can just explore it at your own pace.

The tape changes reality. Secret rooms, items in drawers – you’ll find them in the video and then they appear in the present as well. It’s bizarre. You need to jump between the past and the present if you want to get the most out of the demo, ignoring the temptation to complete the sole objective as quickly as possible. You can forget the mystery entirely, of course, and you’ll likely find the key to the back door in around 15-20 minutes. 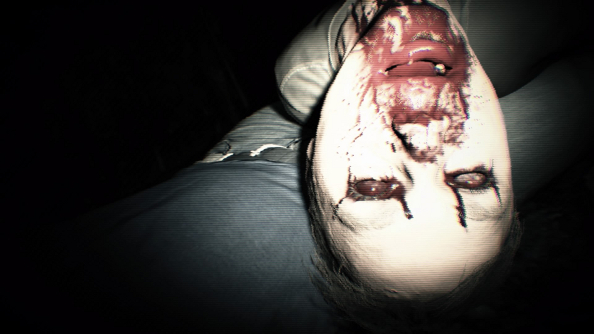 I don’t think I’ve been genuinely scared – shocked, perhaps, but not scared – by Resident Evil this decade. Until now. It’s a mix of things. The perspective is, I think, more conducive to horror, and there’s that atmosphere. The menacing music that feels reactive, the sinister sound design, and the way it stops you from being able to trust what you see. Objects move around when you’re not looking. Doors close of their own accord. There are a few effective jump scares, but they don’t have the power of Resident Evil 7’s atmosphere. It’s thick with dread.

While Capcom have promised, in the full game, that you’ll be able to fight back – the demo leaves you unarmed and completely vulnerable – Resident Evil 7 still feels like a complete reinvention. And I think it’s time. The core series has become increasingly more like the garbage films, and while I’m sure some fans would prefer a return to its roots, for that we’ve already got Revelations. This is something else. Something more experimental. And I find myself compelled to return to it one more time.

Resident Evil 7’s demo isn’t available on PC yet, but we’ll let you know when it appears. In the meantime, you can grab it on PSN if you’ve got a PlayStation Plus subscription.