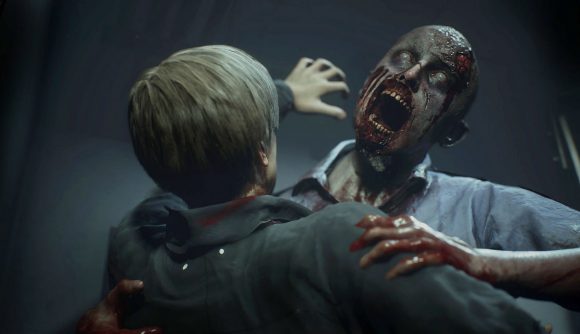 Resident Evil is coming to Netflix. After early reports a year ago about a Netflix series based on the classic zombie games, a plot description for the series has popped on on the streaming service’s official site. RE has already had loads of live-action adaptations that have played fast and loose with the source material, and it sounds like the TV series will also be taking some liberties.

“The town of Clearfield, MD has long stood in the shadow of three seemingly unrelated behemoths – the Umbrella Corporation, the decommissioned Greenwood Asylum, and Washington, DC,” the official description says. “Today, twenty-six years after the discovery of the T-Virus, secrets held by the three will start to be revealed at the first signs of outbreak.”

The plot description shows up in searches for ‘Resident Evil’ on Netflix’s media-focused site, as the folks at the Resident Evil Wiki noticed today. The name of the series also shows up in the full list of Netflix-produced shows on the same site. The series is listed for one season, but all related links take you to error messages.

We’ve reached out to Netflix for more details on the show.

It has finally been confirmed that a Netflix adaptation of Resident Evil is in the works. Attached is a description taken from Netflix's Media Center. See also a WaybackMachine archive of the search result we took a few minutes ago:https://t.co/sAtmqupwuV pic.twitter.com/wmPgoLtafI

The early report on the series suggested it would be handled by Constantin Film, the same studio which has handled the live-action Resident Evil movies. It’s not clear which lore the series is following, but it seems clear we’re not heading to Raccoon City for this one.