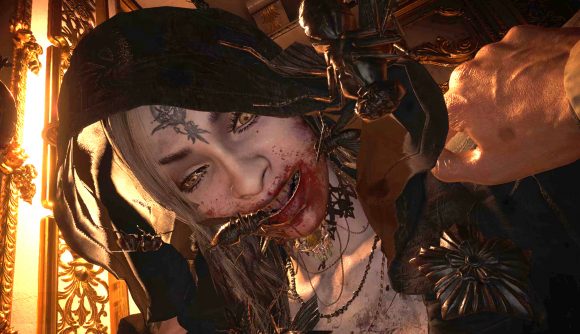 Resident Evil Village is one of the best games of 2021 and one of the scariest games on PC, which makes it all the more baffling that Capcom didn’t have the confidence in it to provide fans with DLC. In a new report, Capcom says that not only will there be Resident Evil 8 DLC, but it’ll be free too.

While it is obvious that Capcom – for whatever reason – didn’t think Resident Evil Village needed any DLC, we’ve long known that the publisher had a change of heart and confirmed at E3 in June that the latest Resident Evil will indeed get DLC. It didn’t provide any further detail about this at the time, other than that development had “just started” on it – so would probably be a while.

Tucked into this week’s Capcom Integrated Report (as spotted by The Loadout), however, is a small note about Resident Evil Village – that says that at least some of the upcoming DLC actually will be free.

On page 49 of the report, in a segment titled “development strategy”, Capcom explains how it’s examining customer trends and building profitable online operations – before noting that it’s “taking into
account the situation of our free additional DLC for titles such as
Monster Hunter Rise and Resident Evil Village”.

While Monster Hunter Rise doesn’t appear on PC until January on Switch it indeed has had multiple pieces of free cosmetic DLC. It seems a little late to add cosmetics to Resident Evil Village – plus, it’s a first-person game – so hopefully it’ll be a mite more substantial, whenever it appears. Alternatively, Capcom could just be referring to the long-delayed Re:Verse multiplayer mode. We’ll just have to continue to wait for Capcom to elaborate, unfortunately.