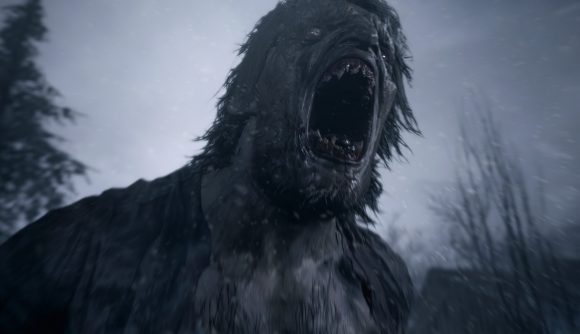 PlayStation owners have already gotten to play the Resident Evil Village demo in two very limited chunks over the past few weeks, and it's finally time for players on other platforms – including PC – to get their chance. But after a mountain of complaints about the extremely small demo window, this final release has been extended by a full week.

The multiplatform version of the demo was previously scheduled to run for just 24 hours, which was still a lot longer than the eight hours the previous PlayStation demos were available for. Squeezing in some Resident Evil on a Saturday night proved pretty difficult for a lot of players, so it's good to see extended access for this wider release.

The demo’s time limit isn’t changing, however. A 60-minute timer will tick down as long as you’re in-game, and once it’s over, you’ll be kicked out with no option to restart. (Well, until the modders get their way, anyway.) I played both PS5 demos, and 60 minutes is plenty of time to complete both the Village and Castle segments, but you won’t have much opportunity to stop and smell the zombified roses.

We've heard your feedback and are extending the availability period for the final 60-minute multi-platform #REVillage demo.

The original 24-hour window starting 5PM PDT May 1 (1AM BST May 2) has been increased by a week, and now ends at the same times on May 9 PDT (May 10 BST). pic.twitter.com/8VKEU8bMnu

The Resident Evil Village PC release date is coming in fast, and it’s looking like a smart addition to one of the most venerable series in horror games – with or without a very tall antagonist to spice up the action.