Want to know how to cook recipes in Resident Evil Village? In what may become one of the more polarising decisions, the latest Resident Evil game allows players to cook meals from foraged ingredients that offer permanent upgrades. The only ingredients on offer that we’ve seen so far is meat scavenged from the local farm animals.

Ingredients take up item slots, much like the guns, ammo, and herbs that you would normally have to play inventory Tetris with, so you need to ensure that you only gather what you need for the trip to The Duke’s Emporium. In addition to selling guns, ammo, and every one of the Resident Evil Village gun upgrades.

If you can get past the idea of shooting a ram – that’s just minding its own business – in the face, here is everything you need to know about Resident Evil recipes, from what yield of meats the animals provide to the currently known recipes in the game. We also have some clues from loosely translating the name of each dish as to what’s in it.

It’s not just Lycans that populate Resident Evil Village, there are plenty of livestock roaming the farmyards and fish swimming in ponds. You could challenge yourself to avoid killing any of the animals and using their meat for upgrades, and while we’d certainly love to see anyone attempt the ‘Any % vegetarian speedrun’, chances are that surviving is more important to the average player.

Some animals do fight back however, and it is entirely possible that your demise will come not from one of the Lycans or other monsters in Resident Evil Village, but from being gored by a ram’s horns or succumbing to a bite from a pig. You can learn more about hunting the many beasts in our Resident Evil Village hunting guide.

Here is every currently known animal in Resident Evil Village, and how many ingredients you’ll get for each one:

To make your scavenged meats palatable, you’ll have to take them to The Duke’s Kitchen, found in The Duke’s Emporium, which is the big cart found in various places in the game. By handing over the right ingredients, The Duke will then cook local delicacies that will give you permanent upgrades upon consumption. 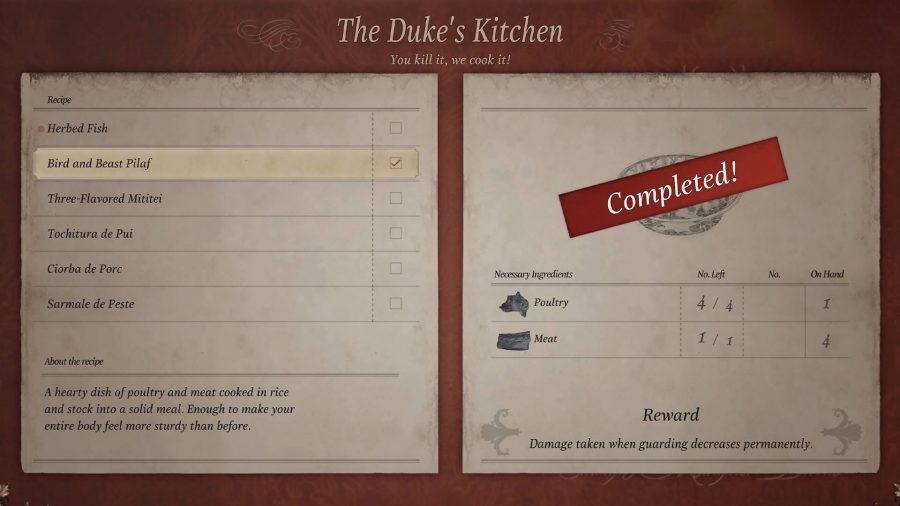 Here is every Resident Evil Village recipe, the ingredients needed to make them, and the rewards you get for making and eating them: 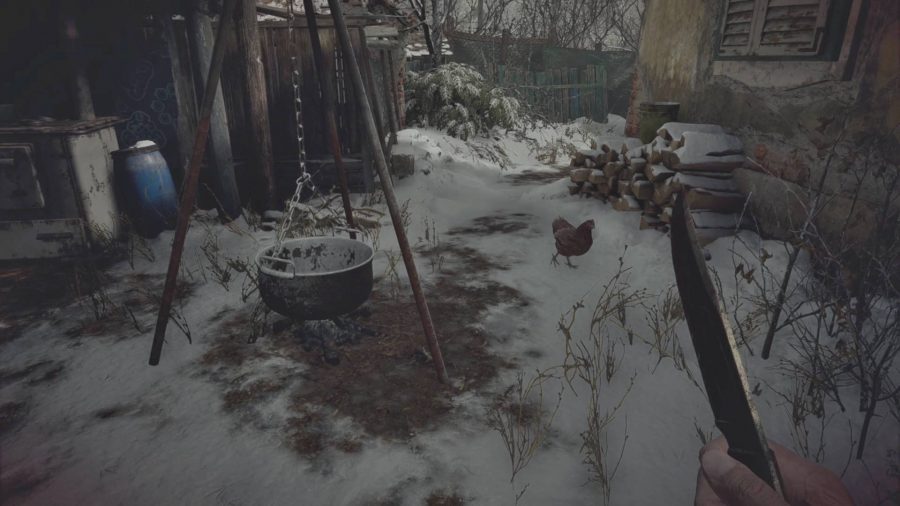 Here are all the Resident Evil Village animal locations:

One area of special mention is Otto’s Mill. This optional area has a rather difficult mini-boss that can summon Samca to distract you, while it chases you with its big hammer. Killing it will grant you access to the rest of the area, where you’ll find an abattoir that contains a whole bunch of meat and poultry, but weirdly only one fish. You can use this meat like the rest to cook up any remaining recipes.

In addition to the regular animals, there’s one ultra rare variant for every type of meat that’s required for the more advanced recipes. You can attempt to work out where to find these beasts for yourself simply by looking at the photographs and deciphering where they are based on clues in the photo. Well, it’s either that or just follow the directions below.

Here’s where to find all the Resident Evil Village rare animal ingredients: 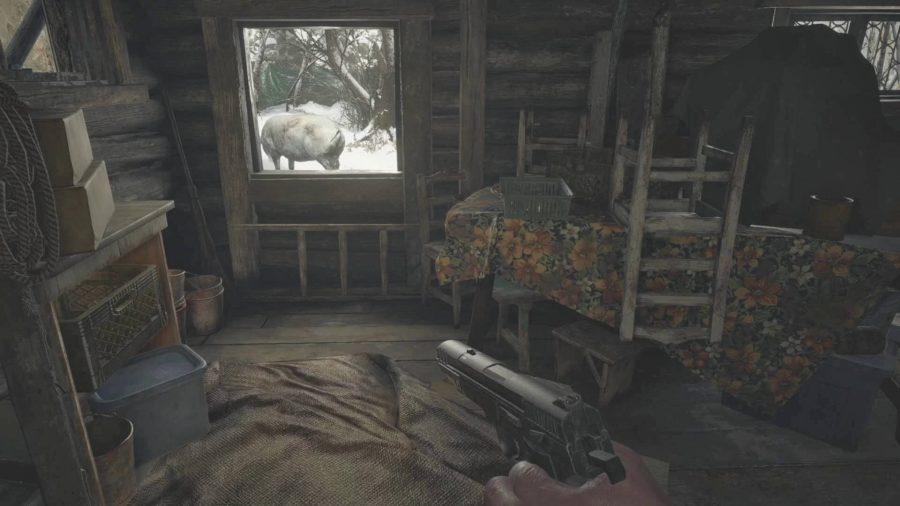 This is found in Fallow Plot at the back of the house where you find Luiza and her father. This white pig only appears after defeating Lady Dimitrescu. 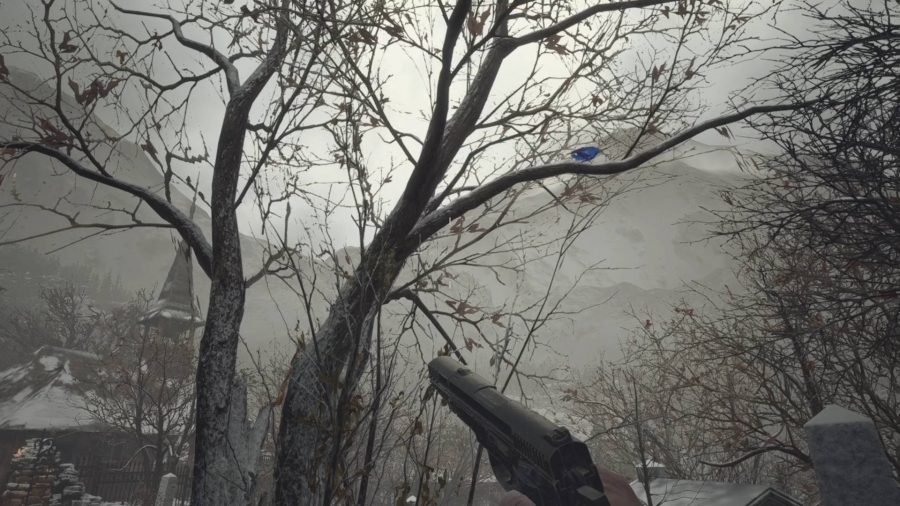 This one is found in Graveyard Head up the hill from the Maiden of War statue towards the crypt. There is a large tree behind it with an azure crow standing on one of the branches that you can shoot down. This azure crow may appear earlier, but definitely appears after defeating Donna Beneviento. 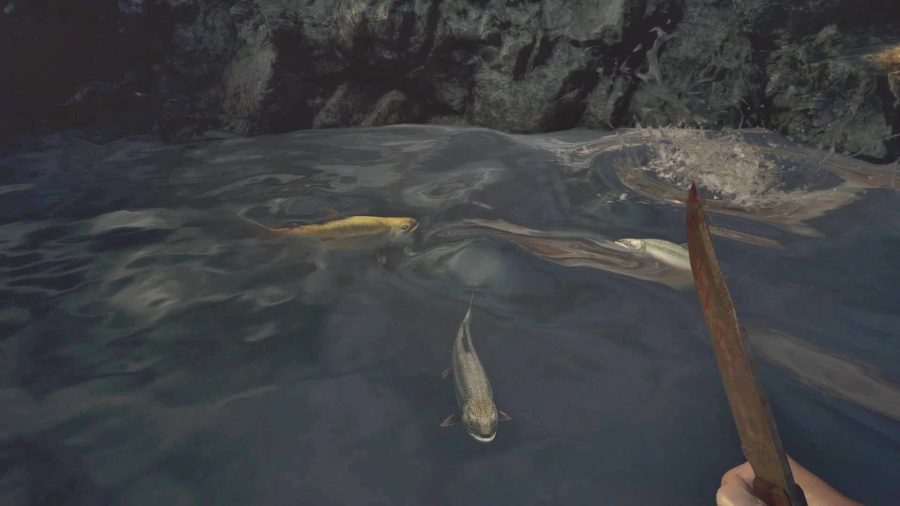 After getting the crank, head back to the Altar where you place the vials, then head west on Lonesome Road. You’ll come across a drawbridge. Use the crank on the drawbridge and ride the boat downstream. At the end, hop off and turn left at the fork in the road. The Finest Fish is in the pond ahead.