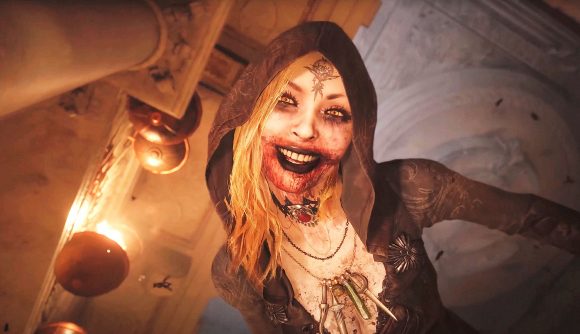 It’s safe to say Resident Evil Village has been a bit of a hit. Developer Capcom has revealed that the latest addition to its long-running survival-horror games series has now shipped more than 4.5 million units globally in the two months since its launch on May 7. That means it’s exceeded the hugely popular Resident Evil 2 remake’s own sales figures over the same period.

Capcom has announced the news on the Resident Evil Twitter channel, revealing (via translation) that, “the cumulative worldwide sales of Resident Evil Village ha[ve] exceeded 4.5 million!” It’s an eye-watering figure, and means that the adventures of Ethan Winters, Lady Dimitrescu, and the gang have overtaken those of Leon Kennedy and Claire Redfield in the sales department over the first two months following their respective launches.

Two months after RE2’s release it had hit the 4.2 million units sold mark, so Village is roughly 300k copies ahead over the same timeframe. Since launch, though, RE2 has racked up 8.1 million units sold (as of March 31, 2021) according to Capcom. That puts it as the studio’s third best-selling game of all time, only below Resident Evil 7: Biohazard (nine million) and Monster Hunter: World (17.1 million), as of that date. Whether Village reaches figures like this over time, we’ll have to wait and see, but it’s had a very strong start.

It’s also presumably ahead of the Resident Evil 3 remake’s (total) sales at this point, or at least very close to them. Capcom’s rundown put RE3’s overall sales at 4 million units as of March 31, and given the game’s well over a year old at this point, it’s not likely these will have increased by a significant amount since then.