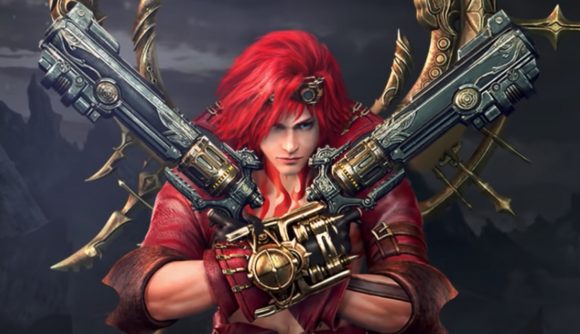 MMORPG Revelation Online is taking another online acronym for a spin, as a MOBA-inspired 5v5 game mode launches with today’s Mythical Conflict update. It’s a standalone option that won’t take your MMO character into account. Instead, you’ll select a fighter from a range of of selections out of Revelation lore.

The update brings a number of changes for the general flow of combat, but the focus is squarely on the new Legends of Nuanor mode. The general flow is pretty much what you’d expect – teams battle across three lanes while backed up by neverending waves of minions. The ultimate goal is to push into the enemy base and wipe out their Crystal.

Over the course of the fight, you’ll gain experience and gold from killing enemy players and minions, or you can head to the jungle to grind against some non-player monsters there. You can spend your gold on equipment or potions, and skill points will go toward unlocking new and more powerful abilities. Yes, it’s a MOBA all the way up and down.

Check out a trailer for the mode below.

Mythical Combat is live now in Revelation Online, and the new mode looks to offer a chance for you to break from the MMO grind with something fresh. Your hero options will also give you a chance to dig deeper into the lore of the game’s most notable NPCs.