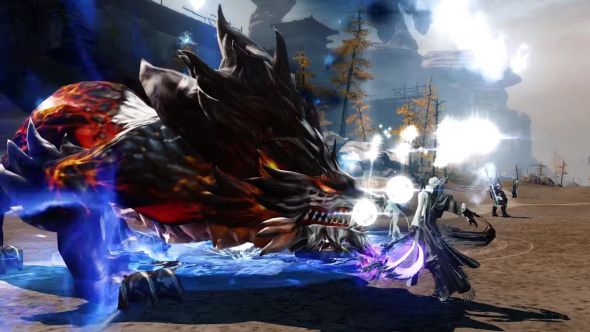 Forthcoming fantasy MMO, Revelation Online, is getting an open beta in less than a month. If you’ve already bought the founders’ pack, you can get in a week early.

Will Revelation Online join the ranks of the best MMOs on PC?

The beta opens on March 6, when anyone from around the world be able to get a taste of the game for free. Founders’ pack owners can jump in on February 27.

Revelation Online is an epic fantasy MMORPG by Chinese internet company (and game developers) NetEase. Russian publishers My.com are helping to bring it to the West.

Among Revelation’s more original features are the abilities to formalise your relationships with other players (e.g. wedding ceremonies and turf wars); to earn a pair of your own wings and fly freely around the world with or without an aerial mount; and six inventive classes that try to break free from the typical mage/warrior/rogue archetypes. You can learn more about one of these, the Occultist, in the new trailer above.

More typical features include five-to-ten man dungeons, 20-man raids and a number of PvP modes, including sieges for hundreds of players. There is extensive character customisation and support for guilds. Naturally, there’s a huge and varied open world, called Nuanor, with ten provinces and three large cities.

Sound good? You can learn more, and sign up for the open beta, at the website here. There are also three tiers of founder pack to buy if you’d like to get in early.