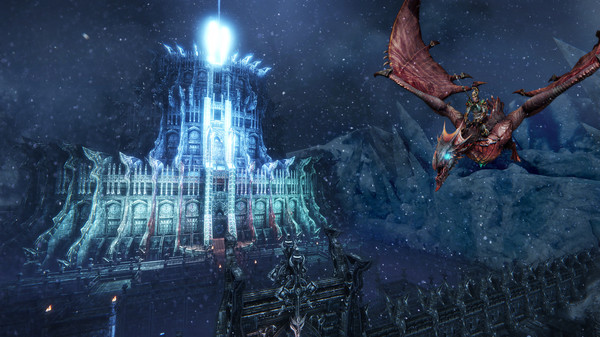 In the oversaturated MMORPG marketplace developers have their work cut out trying to get their game to stand out. For Riders of Icarus, that claim of individuality is staked upon its mounts, of which there are over 300 to tame, ride and do battle with. Mounts are everything in Riders of Icarus: potential allies in combat, transport and even weapon buffs should you have the heart to distill them into a magical enchantment. The variety of potential mounts you can find throughout the game is also impressive, from standard enemies like wolves and bears to giant hawk-like aerial mounts and even dragons.

Love farming XP and collecting loot? Check out the best MMORPGs on PC?

So, with the game due to enter free open beta on 6 July (29 June for Founder’s Pack owners), here’s a breakdown of what you should expect when heading into Riders of Icarus’ fantasy realm. 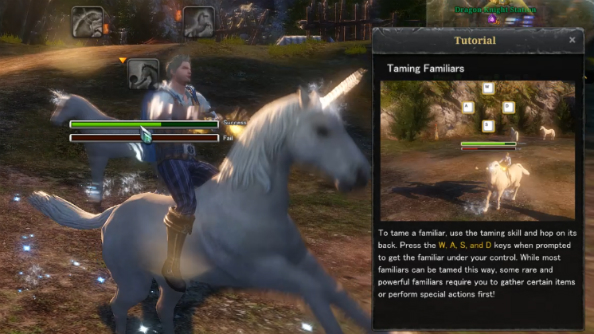 While at its core Riders of Icarus plays much as you’d expect an MMORPG to, the addition of mounts adds a surprising level of depth to many areas of gameplay, but none more so than combat. With both ground and flying mounts available, fighting enemies atop the game’s creatures is a significantly more mobile experience than it is in most MMOs. It’s still you and the enemy trading blows, but having a mount opens up plenty of extra skills and options, as well as allowing you to dodge and escape targets much faster.

Acquiring mounts is a matter of finding the beast you want, sneaking up on it, and then executing a clunky taming QTE minigame. Some creatures will require you to fight them before entering the minigame, while others will require a more unique approach, such as leaping on top of it from above. In essence it’s a slightly more tactile version of the capture system used in the Pokémon games. Early into the game the minigames are easy, but the mounts less exotic: getting your very own unicorn is painless, but don’t expect it to save your life in a battle other than by galloping away like a coward.

Mounts don’t just have to be mounts either. Certain creatures you tame can be used as magical buffs and weapon enchantments, though that does mean you won’t be able to ride around looking cool on top of your Woodland Joey. With the use of certain items you can also turn your summonable mounts into permanent companions that will help you in combat as an NPC would. These changes are all permanent, so caution is advised before turning a captured Magma Hound into a seal for a rusty sword. 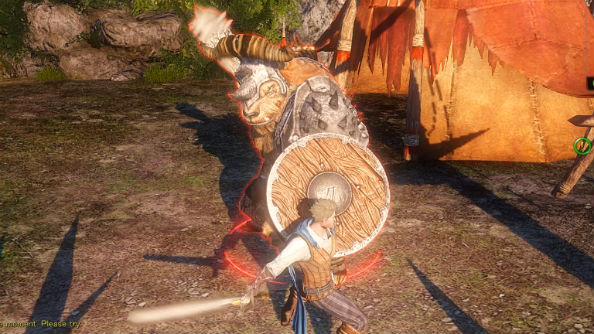 If you’ve played a lot of MMORPGs then the bulk of Riders of Icarus’ combat will be familiar to you: find an enemy, click on them, then mash your ability buttons until they’re vanquished. There’s a Tab targeting system in place to help cycle through targets for larger battles, but for the most part it’s a simple case of trading blows with enemies until the weakest one dies. For the most part it’s quite tedious, but the range of skills that are available from even early on in the game brings a healthy level of variety to fights.

Mounts change combat for the better, making Riders of Icarus feel more like an action-RPG than an MMO. For starters, you’ll be relying on different weapons and skills when you’re on your mount, which means no sword and shield for you, warrior – instead, you’ll be using spears, halberds and crossbows to wage war from atop your adorable pet. Orientation and movement also come to the fore during mounted combat, making battles more engaging and requiring far more skill than the boots-on-the-ground counterpart. This is less evident during the game’s opening where mounted options are limited, but as the variety of weapons and mounts increases this way of fighting becomes essential to progressing through the world.

Once you’ve put enough hours into Riders of Icarus and are nearing its endgame content, the combat resembles nothing of what can be experienced at lower levels, with aerial combat, dragons, and 10-man boss fights becoming the norm rather than bashing thousands of forest critters to death. 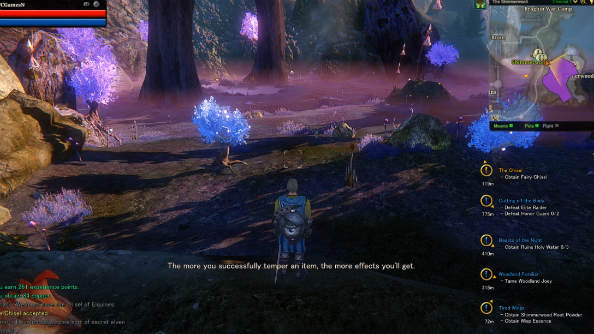 While it’s not technically a sandbox, the regions in Riders of Icarus are huge and packed with diverse areas, enemies and mission types. The famous MMO grind is definitely still present, but with mounts playing such a key role in gameplay, repeating actions feels significantly less sapping. You also get a lot of items and resources from fighting and exploring, which can either be used in crafting and quests or sold for money – it’s very rare that you feel like what you’re doing isn’t helping you progress in some way.

Riders is also an exceptionally pretty MMO, which makes spending excessive amounts of time within its castles, forests and skies easier than it should be – a feeling aided by the fact that each area feels unique and full of opportunities for exploration. There are also a mass of missions to complete, making it easy to acquire an unassailable list of objectives after speaking to just a few NPCs. 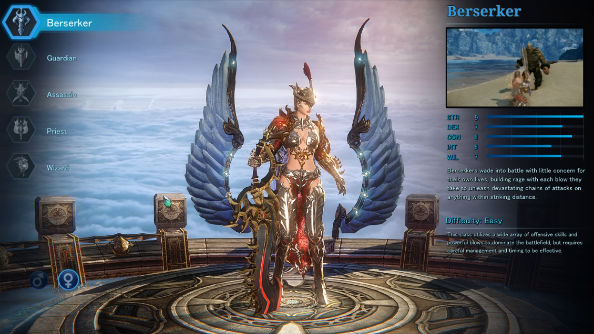 As you’d expect from any modern MMORPG, the character customisation options in Riders of Icarus are extensive to say the least, meaning you can make your avatar look almost exactly as you want them to.

There are also five classes to pick from, each one essentially a popular RPG build: the Berserker is a damage dealing tank, the Guardian is an all-round warrior, the Assassin thrives on critical hits, the Priest offers supporting spells, and the Wizard provides a powerful ranged option. Nothing new there, but each class provides a solid foundation for players both familiar and unfamiliar with the genre to progress on. 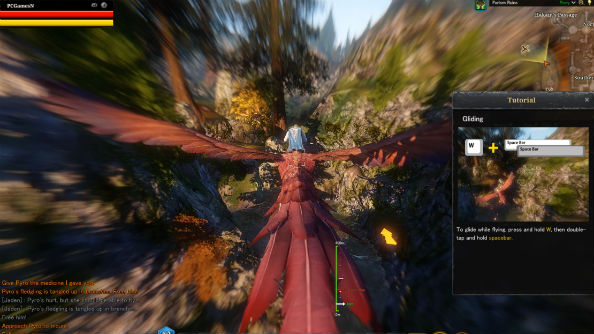 Riders of Icarus is a free-to-play MMORPG, so expect a lot of its best content to filter in as you near the game’s level cap. Progressing can be very grindy, even by MMO standards, but there are plenty of items, buffs and mounts to make the sometimes agonising gaps between levels go down a little easier.

The game’s store promises items that don’t add any distinct gameplay advantages for paying customers, but do massively increase the aesthetic options, meaning most of the game’s coolest mounts are behind a paywall – as you might expect given the business model. It shouldn’t grate though, as there is still more content than a few hundred hours will yield, all of which is available without spending a penny. 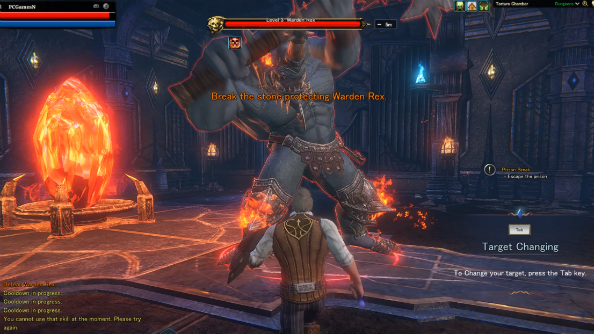 Solo instances are frequent at the start of the game, and many of the new areas and objectives they offer help to keep the early game engaging and interesting. Mini-bosses are also a fairly frequent presence, and provide some much-needed challenge spikes. Although jarringly difficult, these encounters can be hugely rewarding, both in terms of sheer satisfaction and loot.

Riders of Icarus enters open beta on 6 July. If you’re looking forward to taking to the skies on top of a giant owl, let us know in the comments below.