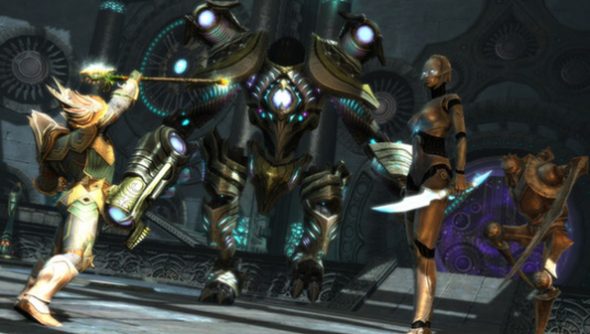 About 40 members of Trion Worlds’ in-house development team were laid off yesterday, an affected employee has told Gamasutra. The job losses reportedly leave the Rift team at around two-thirds strength.

Trion Worlds confirmed yesterday that layoffs had been made “in response to market conditions, product timelines and the natural evolution of our company”.

The news follows the loss of 30 jobs at Petroglyph, and the relocation of development of their End of Nations in-house at Trion Worlds.

Let’s hope Rift’s ship continues on course with an increasingly skeletal crew. Because what we found in our Rift: Storm Legion hands-on was nothing less than two continents’ worth ofreasons to return to the world of subscription-based MMOs.

Are you still a subscriber? How are you finding Storm Legion?