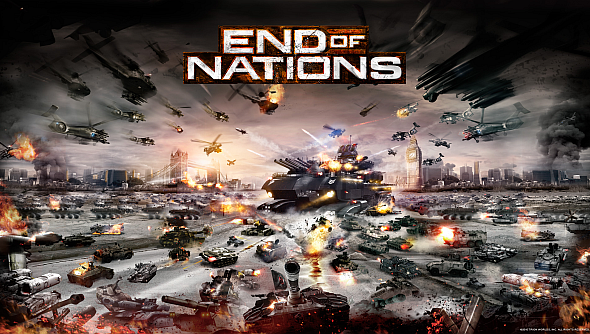 Following the news that Petroglyph are to let go 30 staff, it looks like their publisher, Trion Worlds is taking the game they were working on, the MMO RTS End of Nations, in-house.

Lance James, the community manager at Trion Worlds, took to the game’s official forums to make the announcement. “As End of Nations was reaching the pre-launch phase in its lifecycle, we officially brought the game development in-house to Trion Worlds and will complete the development internally,” he said. “We have been hard at work getting End of Nations to the quality level it needs to be at”.
The announcement also follows the news that the End of Nations beta is to postponed indefinitely.
I really hope that End of Nations can deliver the goods: no-one has successfully delivered on the MMO-RTS hybrid quite yet; EoN was easily the best shot.