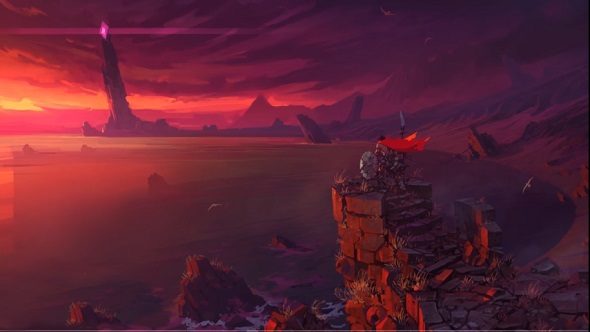 With Rime now having an official release date for PC, Tequila Works have begun releasing special developer diaries about the pastel coloured island adventure. In this first developer diary, the team talks about the inspirations for Rime, alongside the original concepts for the game.

If you’re one for adventure, you may enjoy these top-notch PC RPGs.

Tequila Works wanted to move on from the darkness of their previous game Deadlight, so they planned for their next game to be as bright and colourful as possible. According to certain team members, Deadlight was quite emotionally draining so moving to a colourful, hopeful game like Rime was a breath of fresh air.

Style wise, Rime is based heavily on light, so Tequila Works looked to the paintings of Spanish artist Sorolla to help design their illumination system. The work of Hayao Miyazaki was also influential, with the film Porco Rosso helping inform the look of Rime’s water.

While Rime has eventually come together as this adventure of a young boy exploring this mysterious island, the original concept was significantly grittier than what is planned to release in May. The protagonist was envisioned to be a grizzled warrior who was internally called the Spartan, due to his spear, shield and muscular physique. Rather than just exploring the island, players would have to gather resources during the day to help defend against nightly monster attacks, with there being a heavy emphasis on survival.

After working with this concept for a while, the team realised that it was the actual island that was the most interesting thing about Rime, rather than the combat. To help foster a feeling of adventure and mystery, they made the decision to drop the Spartan character and replace him with a young child.

From there, the team proceeded to strip back any other elements that seemed superfluous, in order to focus around that core sensation of exploration. According to creative director Raúl Rubio, Rime wants to make players feel like they are exploring a forbidden paradise, a place “they want to explore but they know they shouldn’t be there.”