Survival, colony-building simulator RimWorld just got an intriguing new expansion. Alongside the arrival of the new (and completely free) 1.1 update, a surprise ‘RimWorld Royalty’ DLC pack has popped up on Steam – and it brings regal titles, psychic powers, royal quests, palaces, and more to the simulation game’s world.

According to the new RimWorld Royalty expansion Steam page: “The Empire has arrived. Their honour-bound culture wields hyper-advanced technology, while bowing to the ancient traditions of kings and queens. Now they settle the RimWorld, and seek allies.” Gulp.

That means new royal titles, such as Knights and Counts. Colonists with titles such as these can “call upon the Empire’s elite troops in times of need, bond with unique bladelink weapons, and wield psychic abilities.” But the flip-side of these cool new abilities is that the recently ennobled need some pampering – they’ll demand luxurious surroundings, a throne to sit upon and issue proclamations from, and plenty of royal garments to bedeck themselves with.

Quests are also the order of the day, as you would expect for your colonists’ regal leaders. While RimWorld’s quests are procedurally generated, there are a bunch of new quest types to try out that should add extra challenges: hosting, construction, assistance, site, and threat. The final quest pops up once you’ve “climbed the ranks of Imperial nobility”, the page reads. 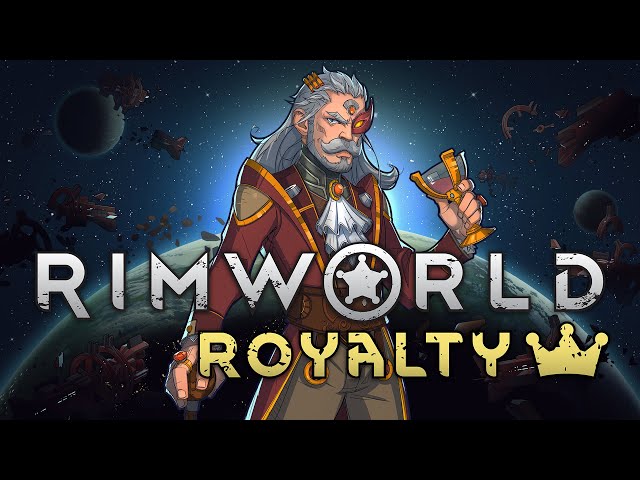 “Host the Imperial High Stellarch and his elite Stellic Guards in your luxurious court, protect them from their enemies, and be invited to leave the RimWorld as an honoured royal guest.” Sounds like quite the honour.

As for those psychic powers, the studio says: “Titles give the right to an Imperial psychic amplifier. Those who hold one can use their mind to manipulate and defeat their foes.” The pack brings ‘Psycasters’ who can exert mind-control over their foes or even blind them, with advanced users having the power to “induce mass vomiting in crowds of foes, teleport objects or people, drive enemies insane en masse, or render allies temporarily invisible for stealth attacks.” Neat.

RimWorld Royalty expansion and free update to 1.1 have been released!

Full info in the announcement:https://t.co/wK9AMkOfqQ

The pack also introduces mech clusters – “groups of new mechanoid buildings which work together to present a unique tactical challenge” – as well as new Imperial technology, and even some extra in-game tunes by Alistair Lindsay – the base game’s composer.