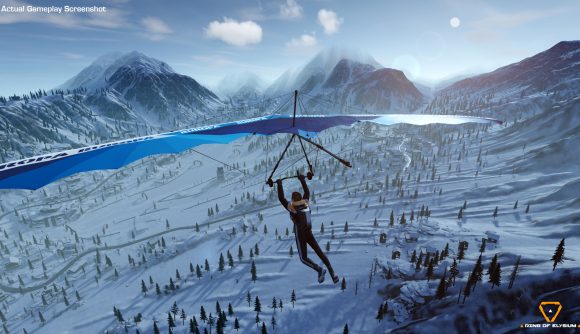 The snowboards and sniper rifles of Ring of Elysium have finally arrived in Europe. Servers for the free to play battle royale went live today, so European players can now dive in.

Ring of Elysium launched in North America back in September, and it’s been met with ‘Mostly Positive’ user reviews on Steam. However, players in Europe were told they’d have to wait while Tencent worked on localization and server availability. European gamers have been able to log into North American servers in the meantime, dealing with the latency and connectivity issues you’d expect.

Now that Ring of Elysium is officially available in Europe, those issues ought to be things of the past – or at least, notably improved. And there’s more good news: any progression European players have made on NA servers will carry over when they start up on the newly-launched EU servers.

In fact, you’ll continue to be able to switch between servers, according to Tencent’s latest announcement. If a European player decides to play a few matches on an NA server even after the launch of the EU servers, all purchases, Adventurer Pass tiers, character levels, and other rewards will stay with your account.

If you aren’t familiar with Ring of Elysium yet, here’s the launch trailer:


It adds some fun new elements to the battle royale formula: Snowboards you can pull tricks on, dangerous avalanches, and a helicopter with four seats to evacuate the last remaining tourists from Mt. Dione.