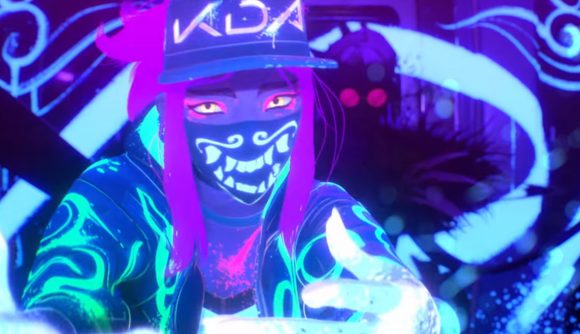 November 7, 2018 Riot has made a statement in the wake of this week’s gender discrimination lawsuit.

Riot Games has issued a statement reiterating its plans for change in the wake of ongoing . “While we do not discuss the details of ongoing litigation, we can say that we take every allegation of this nature seriously and investigate them thoroughly.” The company says “We remain committed to a deep and comprehensive evolution of our culture to ensure Riot is a place where all Rioters thrive.”

Riot has also launched a new sub-site under the header Evolving Riot’s Culture. This site offers a slightly more detailed take on the promises for reform the company has already made, including a timeline for corporate cultural change efforts.

You can see that website here. Riot has been faced with widespread allegation about years of sexual discrimination and harassment, but a lawsuit filed earlier this week has seen those issues go to court. The class action suit, filed by one current and one former employee, accuses the League of Legends studio of gender discrimination, denying female employees equal pay and opportunities for promotions and advancement, as well as ongoing sexual harassment and misconduct.

The lawsuit, filed in California, alleges that Riot has violated the state’s Equal Pay Act and its provisions against gender discrimination. The two plaintiffs look to claim unpaid wages and damages, as well as additional penalties.

This comes in the wake of a massive report on Riot’s sexist culture from Kotaku, and the site has also brought this week’s lawsuit to light. Current and former employees tell the site that Riot has “purged many of the people who were accused of facilitating a toxic culture,” though others accused remain at the company.

You can see the lawsuit in full at this link, but Kotaku breaks down some of the most notable allegations. One of the plaintiffs says she took on duties for a managerial position without an increase in pay or a change in title. Three men rotated through position while she was never interviewed. After the third left, she was offered those duties – still without a pay increase or title change.

The lawsuit also references many of of the sexual harassment allegations that have come up against Riot leadership in the past few months. Riot issued a formal apology and a promise to fix its sexist culture in the aftermath of all these reports, though given the scope of the allegations many are understandably reticent to have faith in the company’s early efforts at improvement.