In 2016, Blizzard captured the zeitgeist represented by the MOBA’s ascent as the dominant genre in esports – a trend exemplified by Riot Games’ League of Legends – by merging it with the FPS to create Overwatch. Now, Riot is looking to hit back with its latest announcement – Project A.

From the admittedly pretty limited gameplay footage we’ve seen so far (see the video below), Project A looks to share a lot of DNA with Overwatch, but Riot has been hesitant to embrace the comparison. Its CEO, Nicolo Laurent, insists that his new game is “a tactical shooter, more than anything. You’re going to have very limited windows to use the abilities, and they will mostly be used to set you up to win the ensuing gunfight.”

That does suggest a rather large difference between Project A and Overwatch. In the latter, abilities and ultimates are crucial in every aspect of the game. Often, engagements are decided by which team has more ultimate abilities available and how effectively they’re combined. The perceived over-reliance on those abilities tends to diminish the importance of gunplay.

Instead, Project A seems to be leaning more towards gameplay reminiscent of Counter-Strike. Though fans were only given a brief look, even the environments – featuring crates stacked in warehouses – trigger nostalgic memories of the iconic terrorist-hunting shooter. That is, of course, until the character on-screen launches into the sky and hurls a shuriken at his opponent.

To be clear, in Project A, shooting matters. You don’t kill with abilities. Abilities create tactical opportunities to take the right shot. Characters have abilities that augment their gunplay, instead of fighting directly with their abilities.

So it’s Counter-Strike with a shot of adrenaline in its arm. A tactical shooter that lets you throw up magical barricades and, apparently, resurrect your teammates. Although the game will likely not hit shelves until 2021 at the earliest, influencers and professionals in both Counter-Strike and Overwatch have expressed their interest in Project A.

Riot has been clever with its development of Project A, having turned to a number of experts to make sure it hits the mark. Former professional Counter-Strike player turned observer Heather ‘Sapphire’ Garrozo claims to have been testing the game “for several years”, and found the game “very comfortable” during those tests.

The fact that I know volcano has been working on this for so long has me more excited than any bit of news that could have come out though. Was starting to lose confidence they were even making this game though 😂 https://t.co/p2IXIEvDpN

That endorsement should concern both Blizzard and Valve, who have each carved out a massive audience for their respective titles, as well as thriving esports communities. Project A could disrupt both.

A subsection of fans and players have become disillusioned with competitive Overwatch, as predictable gameplay and overpowered characters have begun to spoil the viewing experience. The Overwatch League doesn’t seem to be losing significant viewership as of yet, but a new option for its fans could prove challenging if Project A lives up to the hype. That said, Blizzard likely still has years to sort the problem out, and according to credible reports is about to rejuvenate its shooter franchise by announcing Overwatch 2 at BlizzCon. Here’s hoping the sequel brings some much-needed tweaks to game health and balancing. 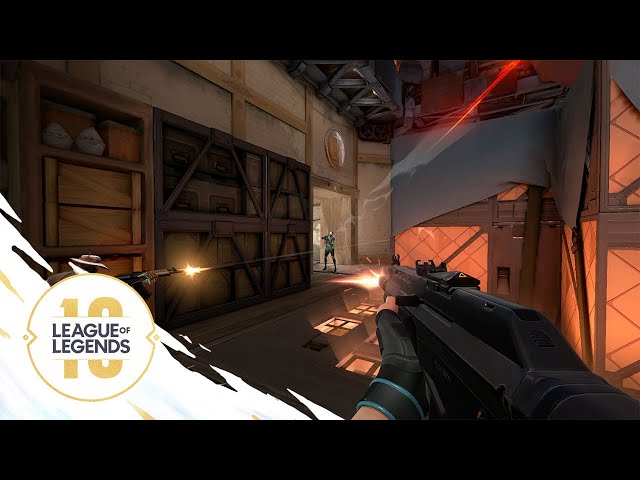 Counter-Strike, on the other hand, has a much sturdier base to stand on. The game has earned a legacy in the industry, and is rightly appreciated as one of the most influential titles in gaming. Counter-Strike is arguably the face of competitive PC FPS, and no new title is going to challenge that, at least not in the foreseeable future.

The challenge for Valve may instead come from outside the game, on the matter of esports organisation. The developer is famously hands-off when it comes to Counter-Strike esports, and often lets independent tournament organisers do as they please, only stepping in if absolutely necessary.

Riot Games, by contrast, is no stranger to developing an esports scene. Unlike Valve, it retains all the rights to League of Legends esports, and should Project A develop into a competitive title, could look to do the same. Whether that be through a franchise model like Overwatch, or a circuit model like Counter-Strike, Riot has the means to create a thriving ecosystem for fans, players, and teams.